Home
Health News
For introverts, there are some ways to get merrily through party season

While those around her are donning zany Christmas jumpers and ho-ho-ho-ing their way into the festive season, Bev (name has been changed) is silently gritting her teeth. But the 32-year-old writer isn’t a grinch – she’s an introvert.

“The sheer number of social occasions at this time of year can be overwhelming,” Bev laments. Sure, she says, she can choose to decline some invitations. “But then I have to deal with the guilt of doing so.” 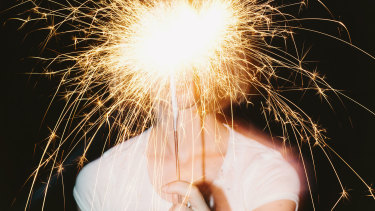 Dr Jodie Lowinger: “Often, it is the thought of going to an event that is the worst.”Credit:Stocksy

It’s not just the number of functions she’s expected to attend that bothers her. Bev says there’s an added pressure to “actually enjoy” all that socialising. Instead of shimmying into another tinsel-filled event, she would much rather spend time one-on-one with close friends, or pottering around at home.

While she finds the lead-up to Christmas grating, Bev says the hoopla over New Year’s Eve is particularly draining. “All of this fuss is unnecessary,” she says.

“You can choose a new beginning on any day of the year.”Bev’s feelings all make sense to life and relationship coach Megan Luscombe. She says the silly season is notorious foroverwhelming introverts, who need time alone to replenish their energy.

So, when faced with multiple events in a row – especially ones that involve small talk and large crowds – introverts get worn down. This can heighten their anxiety levels and even kick-start depressive symptoms.

Feeling like the only person who is enduring, rather than enjoying, the festivities can also feel “very alienating”, says Luscombe. “It brings about a lot of pressure.”

Clinical psychologist Dr Jodie Lowinger from Sydney Anxiety Clinic also believes the squeeze is real. She says that during the festive period, there is an increase in the number of social situations and concurrent pressure to perform “which might prove more anxiety-provoking for people who are introverted”.

She explains that we are all most comfortable when we align our actions to our values. So, if you’re an introvert who doesn’t value being at rowdy gatherings, having to attend such functions can make you feel uneasy.

Though she doesn’t like to generalise, Lowinger says introverts may also prefer to have their own space and time for reflection, and there’s little room for that when faced with back-to-back plans.

That doesn’t mean you need to say “no” to every invite. Bev likes to decide whether or not to attend
based on how she’s feeling at the time. Then, if she chooses to go, she prefers to drive alone or catch public transport so she can make her escape when she’s had enough.

Bev also likes to put aside “as much alone time as possible” in between plans. Luscombe applauds that idea. By working out your calendar in advance, she says you can then block off periods of time for yourself.

Lowinger suggests using that time to indulge in activities you find nurturing, such as spending time in nature or reading. She says it’s also important to exercise and eat healthily when you can, while aiming to get enough rest.

Finally, it helps to practise self-compassion. Sure, some people thrive from flitting from one social event to the next. But if you’re not wired like that, don’t beat yourself up about it. It’s more important to understand what you need to feel like your true self, and honour those needs.

With measures in place to keep her life in balance, Bev is hoping to partake in merriment over the coming weeks. “Often, it is the thought of going to an event that is the worst,” she says. “Once I’m actually there, if I’m surrounded by the right people, I do enjoy myself.”

This article appears in Sunday Life magazine within the Sun-Herald and the Sunday Age on sale December 8.

Tags: are, for, get, introverts, merrily, Party, season, some, there, through, to, ways
You may also like