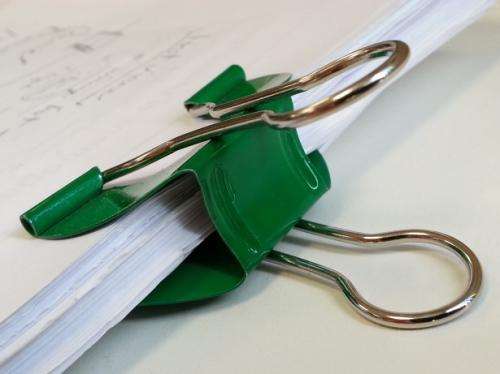 A new study in the journal Family Practice, published by Oxford University Press, shows that there remains a meaningful gender gap between the number of biomedical papers written by women and those written by men.

The medical profession has changed significantly in recent decades, with a growing proportion of women physicians. In many countries, half of the students entering medical schools are women. However, women physicians face enormous barriers throughout their career: they receive lower salaries and less funding, have more difficulty publishing their research and have slower career progression than their male counterparts. The publication of scientific articles is crucial for all researchers, as it plays a major role in the process of promotion and career advancement. The quantification of women’s publication activity can be considered as an indicator of their successful integration into science. Gender inequalities in publishing may be among the main reasons why men still outnumber women in academic leadership positions.

Overall, the female first authorship proportion was 48% (366 articles), but the figure was significantly higher for primary health care journals than for general internal medicine journals (63% vs. 33%). In multivariate analysis, women published fewer articles, were more often affiliated with institutions in the Western world (55% vs. 45%) and were more likely to publish qualitative studies (vs. systematic reviews or experiments).

The female first authorship proportion found in this study for primary health care journals (63%) compares favorably with the existing literature, while for general internal medicine (33%) this figure is lower than the proportion found in many disciplines, except gastroenterology. The finding (at least for primary health care journals) may be partially explained by a decrease of gender gap in time, as showed by several authors. The proportion of articles with a woman as the first author increased for example from 27% in 1994 to 37% in 2014 for six high-impact medical journals, from 9% in 1992 to 29% in 2012 for gastroenterological journals, from 12% in 1976 to 48% in 2006 for dermatological journals, from 30% in 1989 to 52% in 2009 for pharmacological journals, and from 40% in 2001 to 58% in 2016 for pediatric journals.

Researchers here found that women used qualitative methods for their research three times more often than men (women 25% vs. men 8%). Researchers also found that women were less prone to publish trials (women 7% vs. men 13%). This may be due to the fact that women receive fewer and lower research grants and are therefore less likely to be the principal investigator and/or first author of these costly studies.

There were also significant regional differences in the study. In particular, the researchers found small proportions of female authors in Asia (the results for South America and Africa are more difficult to interpret due to the low number of observations).