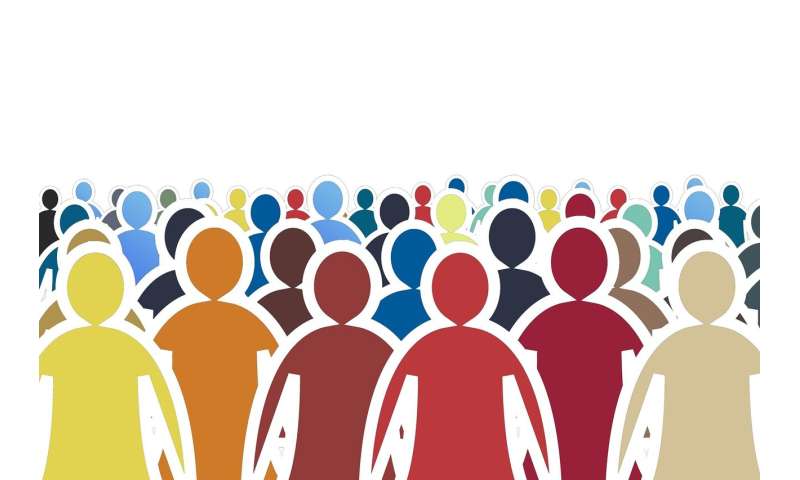 It’s hard to overlook the green and orange scarfs. On weekends, one often sees children sporting such apparel at the back of the Kids’ Corner of the Deutsches Museum, sitting in front of a computer. What has drawn their interest are the photos and videos on the screen, which feature children very like themselves. In fact these kids even have the same colored scarves, and it’s clear that the onlookers can immediately relate to them. The green and orange scarves serve as markers that divide them into two distinguishable groups. Their young viewers can decide with a click which group they find more attractive. “The result is very striking,” says Antonia Misch, a developmental psychologist at LMU. Children who are themselves wearing green scarves consistently rate their onscreen counterparts who are adorned with the same badge as more likable than those with orange scarves, and vice versa, even though their own scarves were randomly distributed to them. However, if one then tells them that because of a bug in the program, they can only engage with members of the other group, the differences in their assessments of the groups vanish.

The point of this scenario is that it allows Misch to evaluate the impact of expectations on children’s sense of belonging. In her experiments with children and grown-ups, she explores when and why individuals begin to identify themselves as members of a particular group. Clearly this sort of ‘groupthink’ can set in instantaneously. “Even slight differences between groups, such as wearing a green scarf instead of an orange one, enable us to distinguish our own group from another,” says Misch. “People are extraordinarily receptive to signals that appear to imply a readiness to cooperate.”

Misch’s youngest experimental subjects are four-year-olds, and it’s not always easy to hold their attention and keep them focused on the task in hand. “It takes a lot of creativity and intuition to retain their interest and ensure that they don’t get bored.” On top of that, sample sizes of around 100 are needed to make the experiments statistically meaningful, and finding that many kids is no mean feat. But Misch, a scientist in the Department of Developmental Psychology at LMU, is thoroughly accustomed to such everyday challenges. And at the moment, as a Junior Researcher in Residence at the Center for Advanced Studies (CAS), she has the time to devote herself even more intensively to her research than normal, to analyze and tease out the implications of the results of the many experiments she has already carried out at the Deutsches Museum in Munich and during her time at Yale University in the U.S.. During her 6-month spell at the CAS, she has an ideal opportunity to work on her thesis for her Habilitation. It’s a real privilege for a young researcher to be free of all teaching obligations for a while, to discuss her findings with international colleagues at CAS, and to hatch out new ideas and experimental strategies for future work.

Her main research focus is on issues related to group identity and the influence of group membership on social behavior. “Up to now, I have concentrated in particular on the consequences of group membership, both positive and negative,” she tells me. Among other things, she has studied when children develop an understanding of group loyalty, how they display their loyalty to the group, and the effects of group membership on their moral behavior. Another section of her Habilitation’s thesis will explore how the negative repercussions of groupthink can be mitigated. “What we do is basic research,” she says. “We want to know what happens to people when they are assigned to a group and what they expect to gain from their identification with that group. We can implicitly measure these effects by experimentally manipulating expectations of who they will collaborate with and observing how people react to the new situation.” The goal of these studies is to identify the psychological mechanisms that determine how groups form and cohere.

Of course, Antonia Misch does not shy away from the fundamental questions concerning ancestry and identity, which are the stuff of anthropology. Where do we belong? What effects have our social background and environment had on our sense of belonging? And at the heart lies the crucial question: What makes us human? Misch refers to the time she spent at the Max Planck Institute for Evolutionary Anthropology in Leipzig as a formative experience. “The approach developed by evolutionary psychologists, and the theories developed by researchers such as Michael Tomasello, have had a huge influence on my views and my work.”

In a sense, her research can be seen as a voyage back to the roots of human communities and cultures. Misch talks about the formation of clans during the Stone Age, the challenging conditions that people faced during long periods of perennial cold, their endless wanderings, and the need to form alliances with other groups that they encountered on these journeys. “The ability to very quickly distinguish between friend and potential foe was an essential skill, which very probably sometimes made the difference between life and death. A whole range of signals could serve as the basis for the assignment of unfamiliar individuals to one group or another: language, physiognomy, clothing,” says Misch. “And experiences of this sort very probably played a constitutive role in defining the psychology of group identity and group formation. At all events, we moderns are still highly sensitive to the slightest hints that help us to assign our opposite numbers to some group or other.”

Her stay at the MPI in Leipzig was decisive for her subsequent career as a researcher. It was there that she first became interested in the role of evolution in the emergence of the psychological mechanisms that continue to mold human social behavior today. “It was more of gut feeling,” she says. “As a student assistant in the Institute, I had the opportunity to participate in a number of studies of group psychology in young children under the supervision of Harriet Over, who is now a professor at the University of York, and it was a fascinating experience for me. And when I was offered the chance to do my doctorate in this field, it was immediately clear to me that this was the kind of work I wanted to do in the long term.”

Since then, Misch has continuously developed and extended her professional profile. She went to Yale for two years as a postdoc and, on her return in 2017, she joined the group led by Professor Markus Paulus at LMU. The scholarly networks one comes into contact with, and the scholars that one gets to know, are tremendously important for young researchers, she says. “In the US, people are more aware of the importance of networks, and they have a strong sense of solidarity.” An education at a distinguished institution such as Yale gives one a feeling of self-confidence and imbues one with a ‘get-up-and-go’ attitude, she remarks. “I want my research to have an effect.”

Tags: distinctions, effects, Groupthink:, large, Small
You may also like