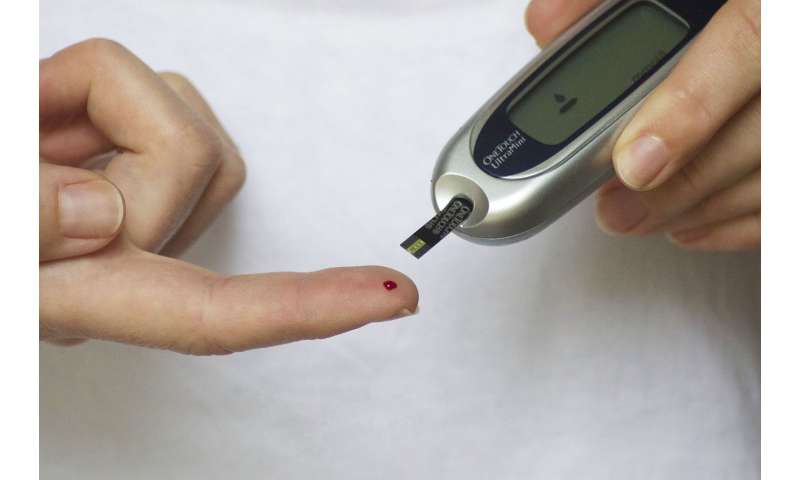 For the first time, scientists have been able to observe people developing Type 2 diabetes—and confirmed that fat over-spills from the liver into the pancreas, triggering the chronic condition.

The research, led by Professor Roy Taylor at Newcastle University, UK, is published today in the academic journal, Cell Metabolism.

The study involved a group of people from Tyneside who previously had Type 2 diabetes but had lost weight and successfully reversed the condition as part of the DiRECT trial, which was funded by Diabetes UK and led by Professors Roy Taylor and Mike Lean (Glasgow University).

The majority remained non-diabetic for the rest of the two year study, however, a small group went on to re-gain the weight and re-developed Type 2 diabetes.

Professor Roy Taylor, from the Newcastle University Institute of Translational and Clinical Research, explained what the advanced scanning techniques and blood monitoring revealed.

“When fat cannot be safely stored under the skin, it is then stored inside the liver, and over-spills to the rest of the body including the pancreas. This ‘clogs up’ the pancreas, switching off the genes which direct how insulin should effectively be produced, and this causes Type 2 diabetes.”

This research by Professor Taylor confirms his Twin Cycle Hypothesis—that Type 2 diabetes is caused by excess fat actually within both the liver and pancreas, and especially that this process is reversible.

This latest paper builds on previous Newcastle studies supported by Diabetes UK showing exactly why Type 2 diabetes can be reversed back to normal glucose control. Those studies led to the large DiRECT trial which showed that Primary Care staff can achieve remission of Type 2 diabetes by using a low calorie diet with support to maintain the weight loss.

A quarter of participants achieved a staggering 15 kg or more weight loss, and of these, almost nine out of 10 people put their Type 2 diabetes into remission. After two years, more than one third of the group had been free of diabetes and off all diabetes medication for at least two years.

In 2020, this approach to management of short duration Type 2 diabetes is to be piloted in the NHS in up to 5,000 people across England, and a similar program is being rolled out in Scotland.

Professor Taylor adds: “This means we can now see Type 2 diabetes as a simple condition where the individual has accumulated more fat than they can cope with.

Tags: 2, cause, Diabetes, fat, of, Overspill, shown, to, type
You may also like