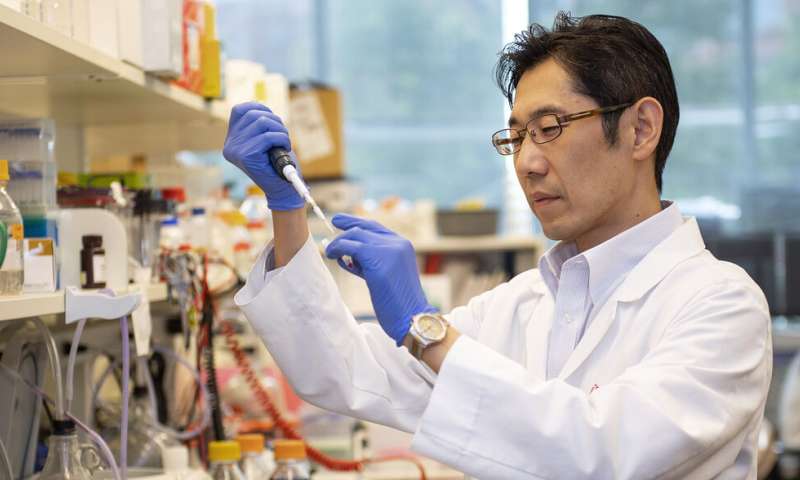 An international team led by researchers from the University of Cincinnati and Japan’s Keio and Hiroshima universities has discovered the energy production mechanism of cancerous cells that drives the growth of the nucleolus and causes tumors to rapidly multiply.

The findings, published Aug. 1 in the journal Nature Cell Biology, could lead to the development of new cancer treatments that would stop tumor growth by cutting the energy supply to the nucleolus.

“The nucleolus is the ‘eye’ of the cancer storm that ravages patients’ bodies. Being able to control the eye would be a true game-changer in cancer treatment,” said Atsuo Sasaki, Ph.D., associate professor at the UC College of Medicine and one of the research team’s lead investigators.

The nucleolus, located near the center of the nucleus, produces ribosomes. The discovery that cancerous cells have enlarged nucleoli occurred over 100 years ago, and studies have since shown that nucleolus enlargement results in significant ribosome increases, propelling protein synthesis to mass produce cancer cells, according to Sasaki. But, exactly how the nucleolus produces a massive amount of ribosome in cancerous cells has largely remained a mystery, he says.

“Nucleolus enlargement is a telltale sign of cancer, and its size has long been used as a yardstick to determine how advanced cancer is in patients,” says Sasaki. “Now, our research team knows that the nucleolus quickly expands by devouring Guanosine Triphosphate, or GTP, a nucleotide and one of the building blocks needed for to create RNA, which is prevalent in cancerous cells.”

“We were surprised to find out that among all types of energy that could be used for cell growth, it’s GTP that spikes and plays the most crucial role in ribosome increases that are associated with nucleolus enlargement in cancer cells. We knew right away that this was a substantial discovery that would require a sweeping range of expertise to understand what it truly meant,” Sasaki adds.

To conduct the research, the multidisciplinary team zeroed in on the energy production pathways in malignant brain tumors and glioblastoma, the deadliest type of brain cancer, in animal models, followed by cohort studies for human specimens. The results showed a significant increase of GTP, which is a form of energy, in glioblastoma. Experts took a deeper look at brain tumor cells and determined that the significantly elevated level of IMPDH in cancer cells accelerates GTP production.

The close relationship between IMPDH and the nucleolus was discovered and prompted Sasaki’s team to develop a new method of metabolic analysis, which enabled researchers to obtain critical data for demonstrating that GTP produced from IMPDH activities is used for the nucleolus’s ribosome synthesis; this led to the discovery of a clear correlation between the suppression of glioblastoma cell growth and IMPDH inhibition, which prolonged animal models’ lives.