Berlin is one of Europe’s greatest capital cities — and although it deservedly has a reputation for its nightlife and clubbing scene, it’s also an incredible destination to visit with kids. History waits around every corner — one of Berliners’ favorite parks, for example, is a decommissioned airport that played a key role in post-WWII Berlin — and there’s plenty of culture and great days out to boot. But the practical points Berlin offers families (think public transit that lets kids travel free with parents and the relative inexpensiveness of dining out here) also make it an ideal vacation destination for parents with little ones, tweens, and teens in tow. I’ve made the city my home for almost two and a half years — below are my tips and tricks for visiting Europe’s capital of cool as a family.

My top recommendation? Unless Christmas markets are your thing — and they are in gorgeous in Berlin — plan your trip between late April and mid-September, when the weather is at its sunniest, and the city’s many incredible outdoor activities are ripe for exploring.

There are very few European cities that offer quite so many incredible outdoor activities for families — and plenty of them are free. In the summer, Berlin residents flock to the city’s 2,500-odd parks to take in the sun and play, and with so many green spaces (it seems like there’s one around almost every corner), they’re never too crowded. Head to Tempelhof Field, a decommissioned-airport-turned-park in Berlin’s trendy Neukölln neighborhood, for a picnic lunch. Berliners use the former airport’s runways as a bicycle path, running track, rollerblading rink, and wind skateboarding arena, and there’s a Grillplatz (barbecue area) near the park’s Oderstraße entrance that’s a favorite summer spot to grill bratwurst. (You can buy a cheap charcoal grill pan and firestarters from almost any grocery store and many corner shops in the summer.) Kids will love playing on runways where planes once took off, and teens might take an interest in the airport’s history: The airport was one of the major sites of the Berlin airlift after the Soviets blockaded the Allied sectors of West Berlin and cut off access to supplies. The workaround? For more than a year, the Allies made supply drops of food and other essentials via plane; at the peak of the flights, a plane was taking off or landing in West Berlin every 30 seconds — and the airport in the American zone of the city was none other than Tempelhof. 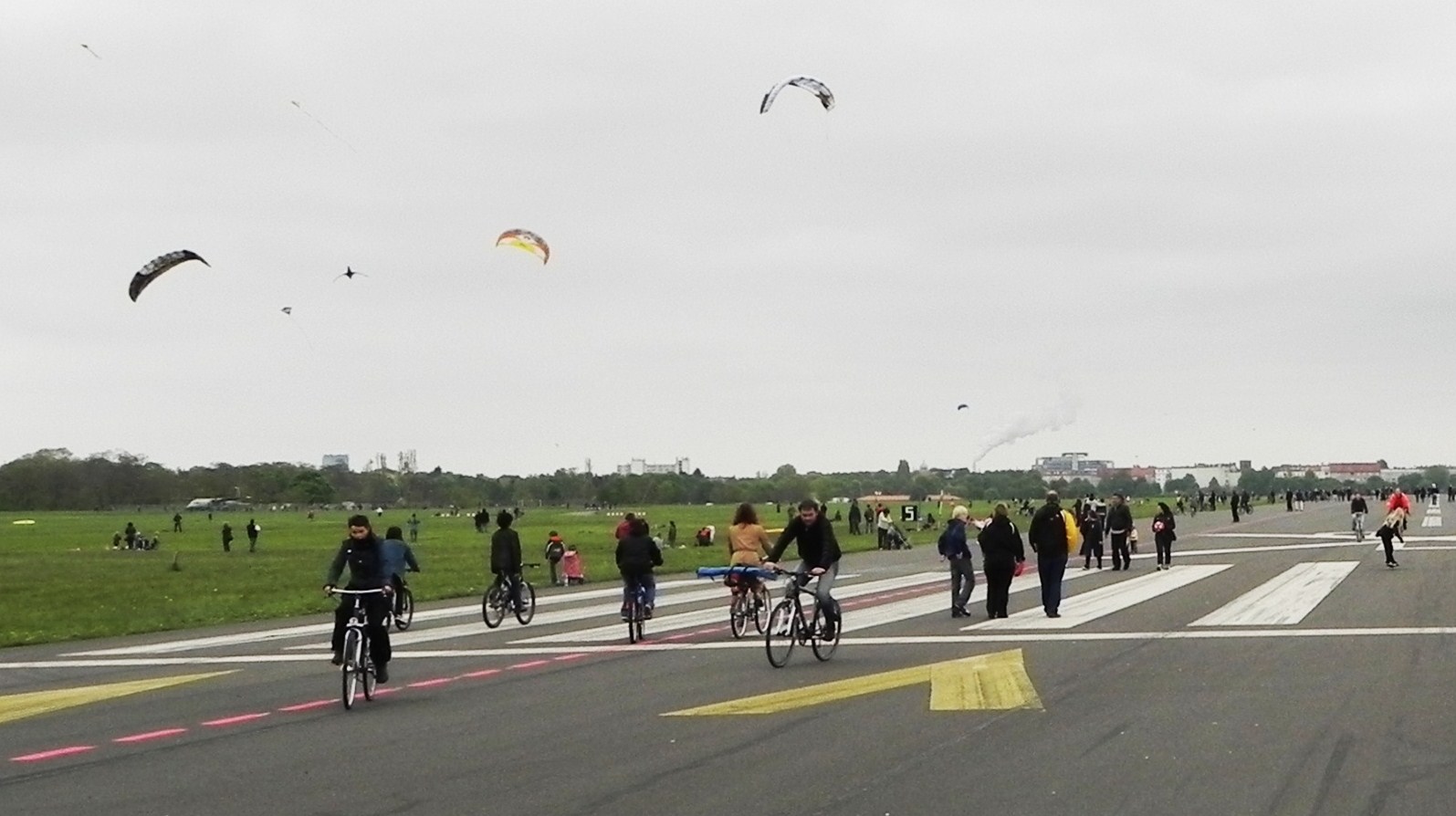 Another great way to incorporate a little history into the trip? Head to Tempelhof’s former rail yard, which has been turned into a nature park ripe for exploration: Close to the city center by public transit, Schöneberger Südgelände’s  “jungle forest,” as its website aptly describes it, has elevated walkways to explore and old infrastructure like towers to clamber up to spot wildlife from (teens into graffiti will love a walkway toward the end of the park’s circuit that’s a popular spot for street artists).

We also love Insel der Jungend, which appropriately translates to the “Isle of Youth.” A locals’ spot tucked away in Treptower Park, this island makes for a great afternoon out for families. Kids will love crossing the high, castle-like bridge to get to the island, where there’s a shady biergarten and low-slung lounge chairs for adults to relax in, while there’s plenty of space for kids to play nearby (there’s even occasionally a sprinkler set up to run through). It feels like Berlin’s backyard in the peak of summer, and between the canoes and paddle boats to rent and the delicious Flammkuchen (a pizza-flatbread hybrid) to nosh on, it’s a delightful place to wile away a day if you’re tired from all the sightseeing. 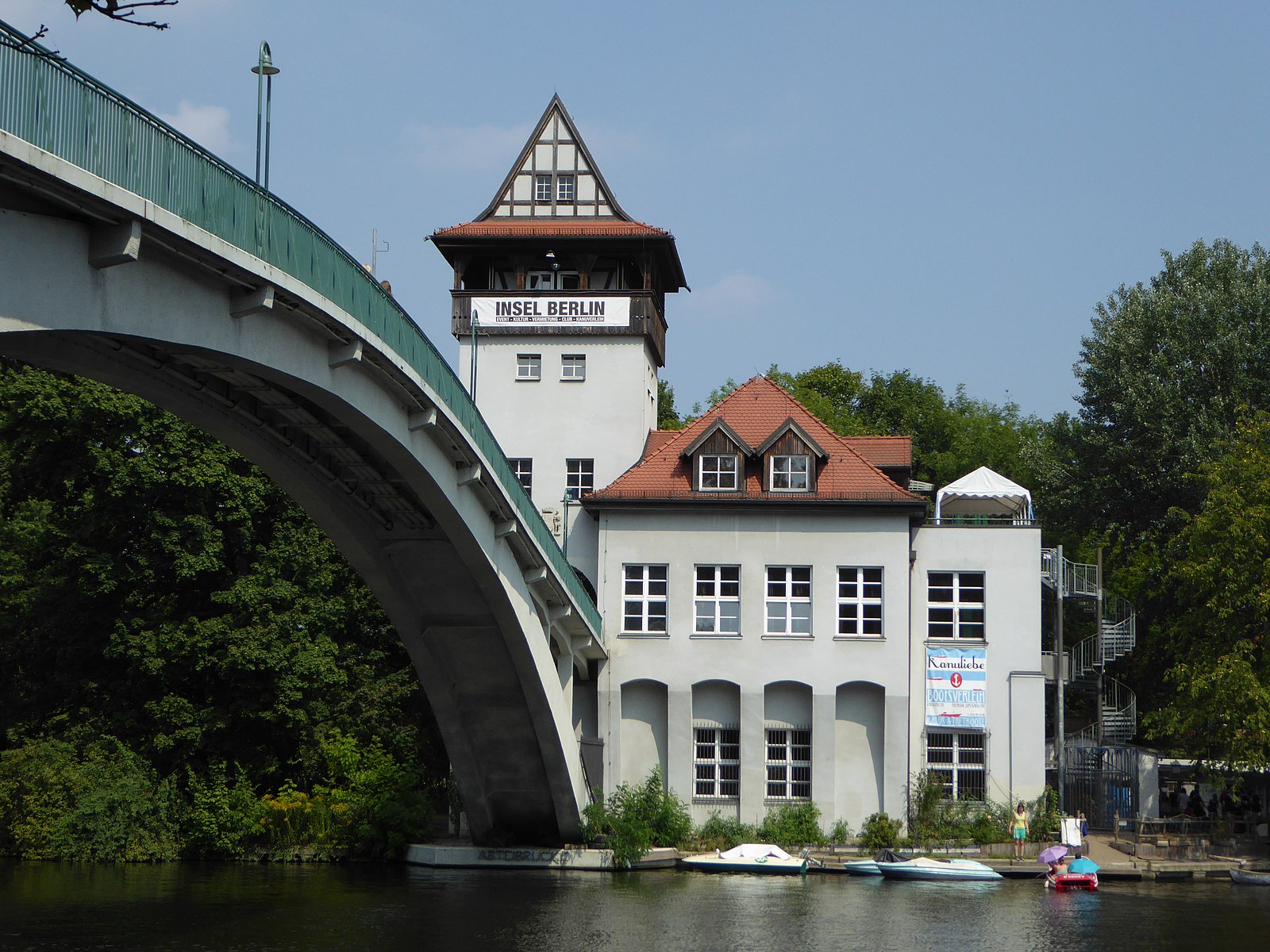 Beyond parks, there’s a whole island dedicated to museums in Berlin that’s perfect for a rainy day. Called, naturally, Museum Island, the central location offers five of the city’s best museums in one compact area — and it’s a UNESCO World Heritage Site to boot. Check out the bust of Nefertiti at the Neues Museum and one of the ancient gates of Babylon at the Pergamon Museum. Best of all? Kids under 18 can get into any of Museum Island’s venues free, so there’s no pressure to see everything at once. Just make sure to book a visiting time in advance, especially for temporary exhibitions.

Rather than a bus tour, there’s a better way to see Berlin — especially if you’re keen to avoid tourist crowds: by boat. Although Berlin’s inland, the city has a beautiful network of rivers and canals — in fact, it reportedly boasts more bridges than Venice (around 1,700, to be exact). Hop on one of Stern und Kreis’ boat tours (there’s handheld audio translators in English) for a tour that takes you through the city’s key neighborhoods, notable buildings, and history. There are several spots to hop on or off the boat at key points throughout the city, so chances are there’s a departure near you. As you cruise, waiters on board will take drink orders — and there’s nothing more pleasant on a sunny afternoon than taking the city in with a cold pilsner in hand (teens 16 and up can partake in a bier in Germany as well).

And although you might not expect it, Berlin has beaches: Head to Müggelsee (close to East Berlin) or Wannsee (close to West Berlin), which boasts the largest inland beach in Europe, to go for a swim in Berlin’s wonderfully clean lakes—just keep in mind that bathing au naturel isn’t uncommon in Berlin: A stretch of Wannsee’s beach is decidedly clothes-free (look for signs that say “FKK” or “textilfrei,” which officially designate nude areas).

Berlin’s public transit system makes it easy for families to travel together. For single (one-way) tickets, children from 6 to 14 are eligible for concession fares, and kids under 6 travel free with adults (usually three kids are allowed for each adult). Tickets are good for up to two hours on every type of public transit: trams, the U-Bahn, S-Bahn, and busses—no need to buy a separate one if you’re switching transit mode. Consider day passes or four-trip tickets if you have a lot of sightseeing to do; the city offers plenty of ticket options, and just riding on single tickets gets expensive, even with the youth discount, so it’s worth doing some number-crunching to find what’s best for your family. 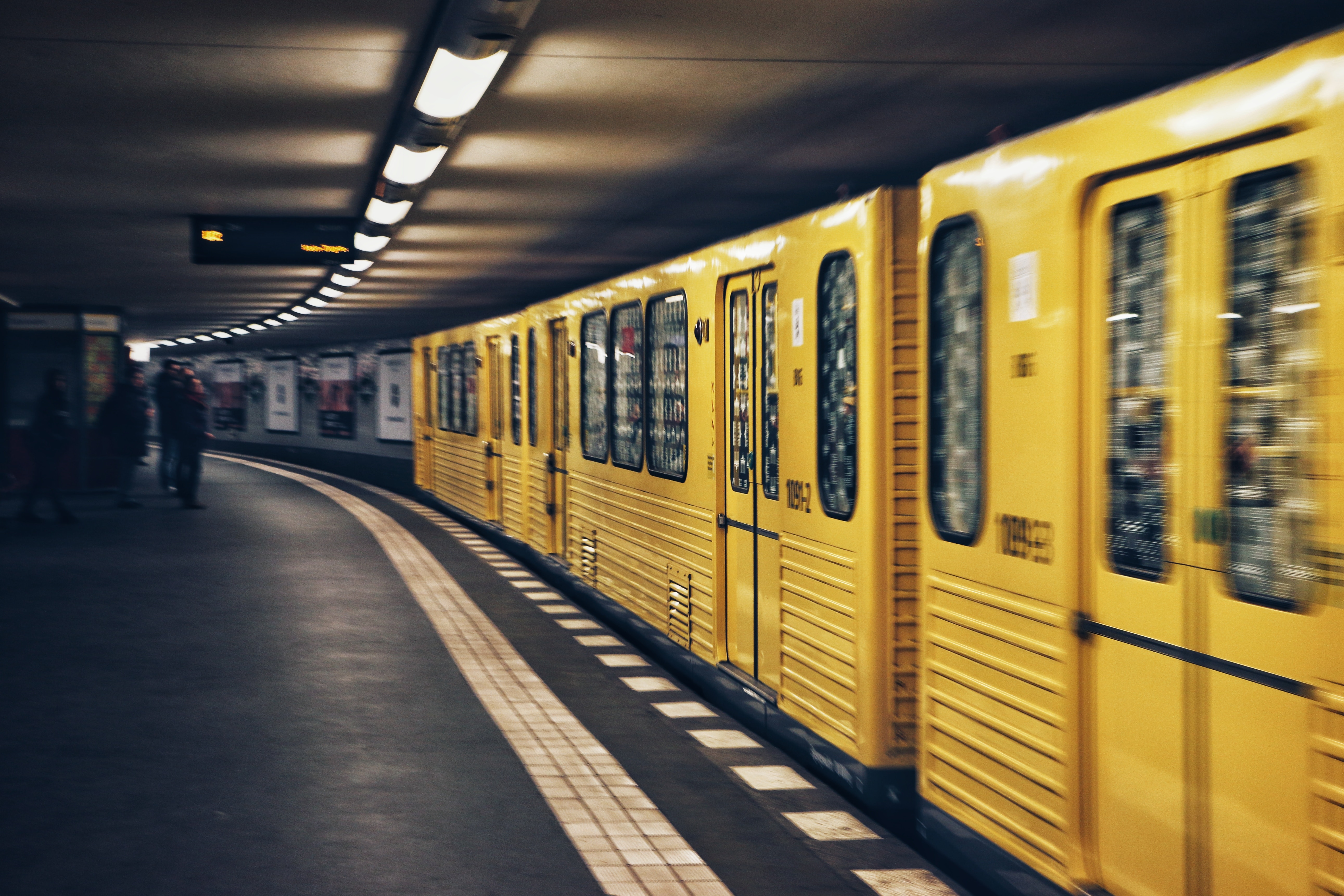 We love heading to the markets (which pop up throughout the week in different neighborhoods’ parks and central squares) or an Imbiss (a bare-bones cafe or food stand) for a currywurst: The ketchup-and-curry-powdered sausage is sure to delight even picky kids, particularly when it comes with crispy, just-fried frites, and it can often be had for around €2. 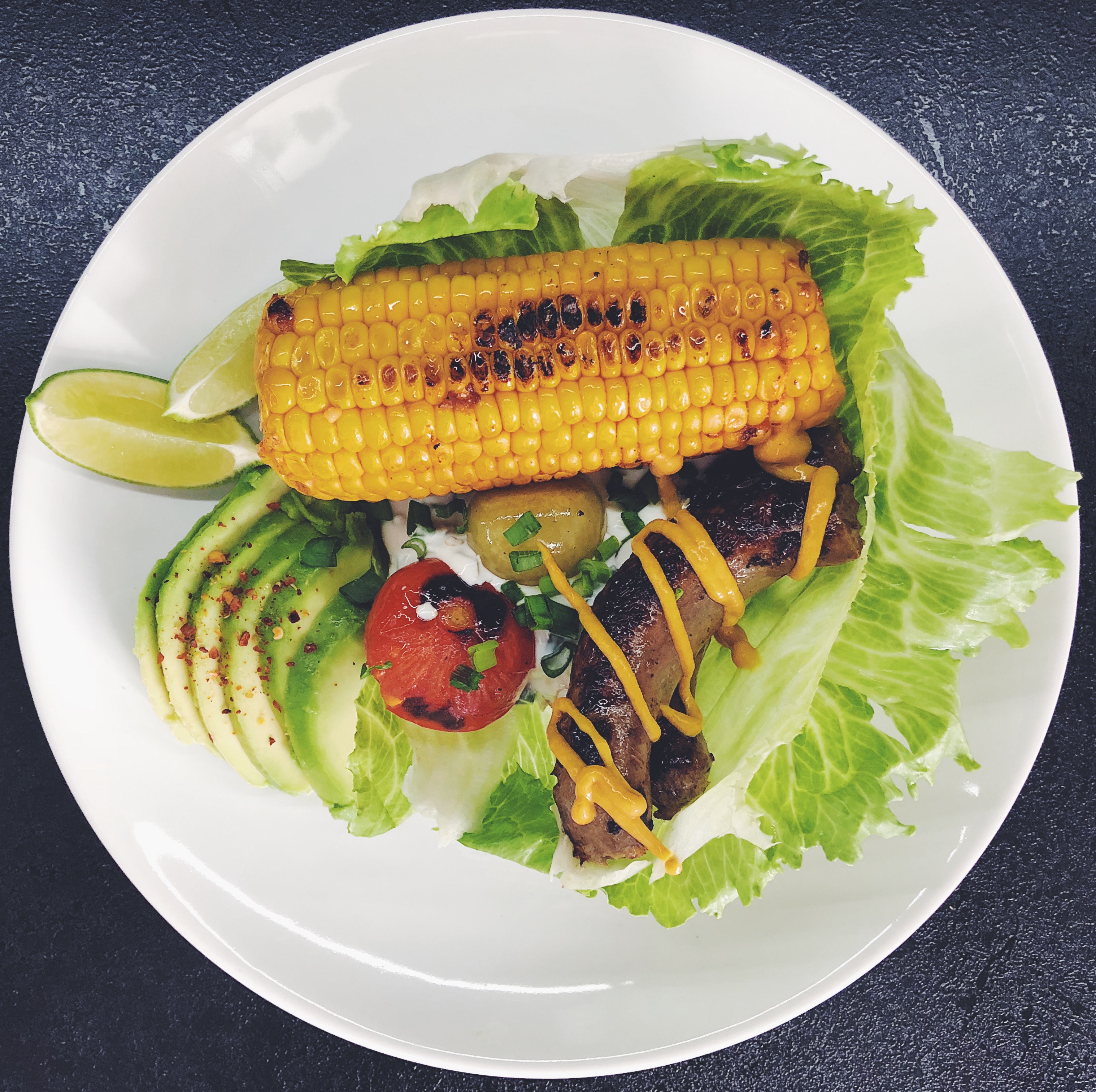 Charlottenberg and Mitte are also home to the Schnitzelei outposts, which boast some of the best — you guessed it — schnitzel in the city. And don’t get too focused on traditional German food: One of the best parts of Berlin is its cosmopolitanism, and its Turkish and Middle Eastern populations have contributed incredible dishes to the city’s food scene — head to Neukӧlln and Kreuzberg for some of the best (our top pick for a cheap, quick lunch is Azzam, located on Sonnenallee; the hummus is incredible). But we beg of you: Don’t leave without trying a doner kebab (there are veggie versions, too!). 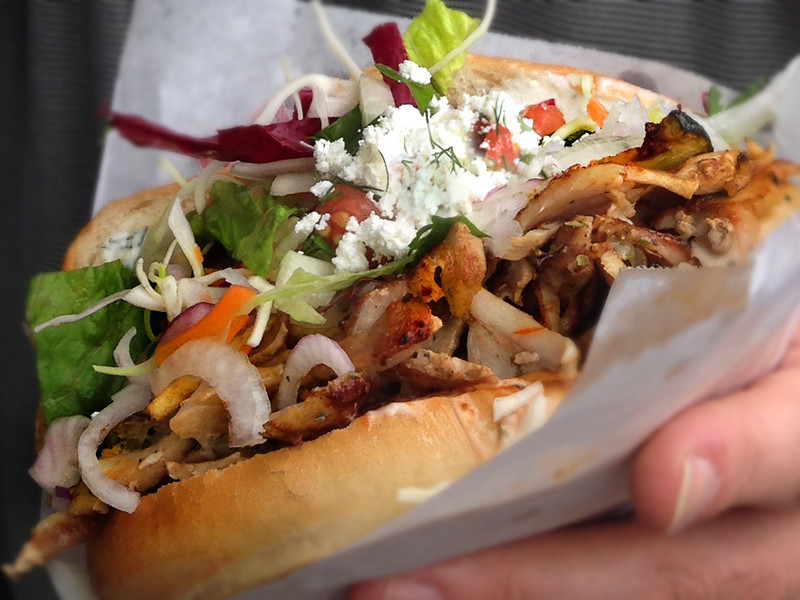 One word of caution: Don’t expect a ton of kids’ menus in the city — restaurants don’t necessarily cater to kids like they do in the States — so look ahead at menus to make sure there’s something your little ones will eat.

For a trip to Berlin, we love the idea of staying in apartments versus hotels: It’s a great way to save some euro on breakfasts and feel like you’re truly staying in the city, while still being quite central to top sights and attractions. However, the city’s starting to grapple with the negative effects of an AirBnb boom, so we recommend staying somewhere a little more legit — but that doesn’t mean you have to sacrifice the local-apartment experience. One top-rated accommodation, Minilofts, executes the concept extremely well: Parents and teens will love the stylishly renovated lofts located in two perfect areas of Berlin: One’s in Mitte within walking distance of top tourist sites, and the other is in Kreuzberg, a hip neighborhood that still retains its arty spirit a little further south but still perfectly placed for exploring. The loft buildings are eco-friendly and offer plenty of perks for families: a high chair, activity packs for toddlers, cribs, and even strollers — because we all know how annoying those can be to travel with.

Tags: Berlin, guide, moms, the, to
You may also like