“We know some ongoing clinical trials are using antihistamines to reduce adverse effects in cancer treatment,” Dr. Yi Xiao of the University of Texas MD Anderson Cancer Center in Houston told Reuters Health by email. “It would be interesting to see whether antihistamines have any impact on anti-tumor immune response and clinical outcomes, although most of these trials are not with immunotherapies.”

“Due to variations among cancer patients (such as different cancers, cancer immune-related subtypes, histamine levels, etc.), at this stage, we don’t recommend that clinicians give antihistamines to cancer patients who will receive immunotherapy treatment,” he said. “More clinical study is needed before we can move forward.”

As reported in Cancer Cell, Dr. Xiao and colleagues first conducted a retrospective analysis of data from MD Anderson patients who were taking immune checkpoint inhibitors. In those with melanoma or lung cancer, concurrent use of antihistamines targeting the histamine receptor HRH1 was associated with significantly improved survival.

Further analyses showed that high HRH1 concentrations in the tumor microenvironment were associated with T cell dysfunction and poorer survival. HRH1 was not present in cancer cells, but rather was highly expressed in tumor-associated macrophages (TAMs) called M2-like macrophages – cells that contribute to immune suppression.

By contrast, cancer cells seemed to be responsible for increased concentrations of the HRH1 ligand, histamine, as revealed in analyses of patient samples and cancer cell lines.

In mouse models, blocking HRH1 on macrophages, either by knockout or antihistamine treatment, decreased the immune-suppressive activity of TAMs, revitalized T cell function, and restored the response to immunotherapy.

Taken together, the findings suggest that pre-existing allergy or high histamine levels in cancer patients can dampen immunotherapy responses.

Dr. Xiao noted, “Currently, we are continuing to explore the possible correlation between high levels of plasma histamine and poor response to immunotherapies. If confirmed in additional patient cohorts, our plan is to collaborate with clinicians to design prospective clinical trials to evaluate the combination of antihistamines and checkpoint inhibitors in patients with cancer.” 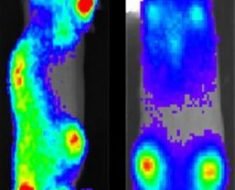 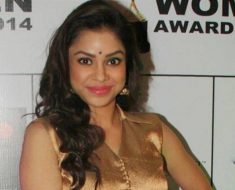 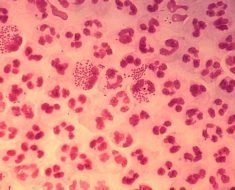