Home
Health News
B12 deficiency: The sensation in your mouth that could signal dangerously low levels

B12 is needed to produce an adequate amount of healthy red blood cells in the bone marrow, boost brain health and aid maintenance of the nervous system. The prevalence of deficiency in the UK is one in 10 people aged 75 and over, and one in 20 adults aged 65 to 75. One sign when eating may indicate that levels have been dangerously low for a while.

There are a number of underlying factors believed to cause B12 deficiencies, but paradoxically, two practices linked to low B12 levels are typically undertaken to improve health – veganism and weight loss surgery.

The number of vegans in the UK has risen sharply in the past decade, which is thought to have fuelled the surge in B12 deficiencies in the UK.

Studies have shown that B12 levels in vegan are about a third of what is needed for the maintenance of the brain and nervous system.

Researchers have even urged followers of a vegan diet to take B12 supplements to avoid peripheral neuropathy, which causes permanent numbness in the hands and feet.

It is not just vegans who are at risk of a B12 deficiency, however. The easily missed deficiency is often undertreated.

When levels of B12 remain low for a long time, the condition can lead to irreversible damage to nerve cells, which can manifest through difficulty walking, memory loss and muscle weakness.

One other indication of chronically low levels of B12 is the presence of mouth ulcers, which occur in up to 50 percent of the general population.

Ulcers or lesions inside the mouth are often owed to a low intake of certain vitamins and minerals.

In the case of B12, the body produces abnormally large red blood cells which can lead to the formation of canker sores.

These painful lesions may form at the base of the gums, making eating, drinking and talking uncomfortable.

Researchers have even suggested B12 ointments be used to treat painful ulcers.

One study, in particular, found that B12 used as adjunctive therapy for mouth ulcers provided more effective pain management for patients with ulcers.

A B12 deficiency that wreaks havoc on the mouth could be a warning that the condition is nearing the early stages of anaemia.

The NHS explains: “Anaemia is where you have fewer red blood cells than normal or you have an abnormally low amount of substance called haemoglobin in each red blood cell.

“It’s important for vitamin B12 or folate deficiency anaemia to be diagnosed and treated as soon as possible.

“Although many of the symptoms improve with treatment, some problems caused by the condition can be irreversible if left untreated.”

As a rule of thumb, the UK government advises having 1.5 micrograms of B12 a day. But the nutrient is abundant in meat, eggs, poultry, and dairy products.

While some people consume enough vitamin B12 to meet their needs, studies have found that some people simply have an inability to absorb the vitamin.

This issue is particularly rife among older people, whose stomachs produce lower amounts of acid.

Weight loss surgery has also been identified as a factor preventing the absorption of B12 by the body.

Other conditions that interfere with nutrient absorption include celiac or Crohn’s disease.

Tags: autoplay_video, B12 defi, health
You may also like 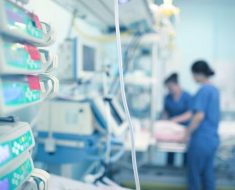 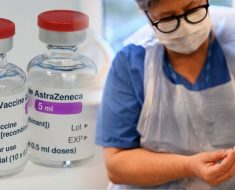 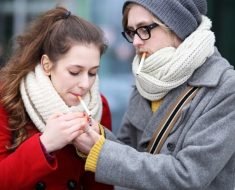 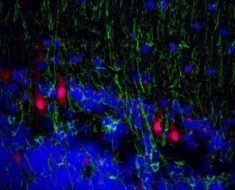 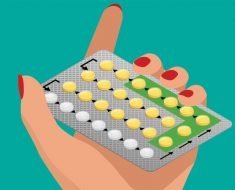