A study by researchers from the National University of Singapore (NUS) and the University of Sao Paulo revealed that a beltway constructed to divert heavy-duty diesel vehicles traffic in the Brazilian city of Sao Paulo has reduced public health damage associated with exposure to diesel. The positive health outcomes of the intervention could guide the formulation of similar transport polices in other cities, where humans and diesel vehicles reside and transit in close proximity.

In densely populated cities like Sao Paulo, many vehicles running on diesel such as commercial trucks, vans and buses circulate right by where people live, causing them to be constantly exposed to high levels of diesel emission. It is critical to manage diesel emission in these cities as diesel emits highly pollutive particulate matter and nitrogen oxides that increase the risk of respiratory and cardiovascular diseases, among other illnesses.

In 2010, Sao Paulo constructed a beltway along sparsely populated areas that are 25 kilometres away from the city centre. The original intent of building the beltway was to enable heavy-duty vehicles to bypass the densely populated neighbourhoods, and thereby ease traffic congestion in the inner-city roads.

While the intervention did immediately relieve road congestion by 20 per cent, the NUS researchers found that the effect was short-lived as passenger cars quickly replaced the inner-city road space which the heavy-duty vehicles had left behind. However, the researchers also found that the replacement of heavy-duty diesel vehicles with gasoline-ethanol passenger cars on the inner-city roads resulted in a sustained drop in the level of nitrogen oxides in the air, reducing air pollution in the city even after the traffic congestion rebounded.

The improved air quality in Sao Paulo also translated into long-lasting positive health outcomes for its residents. The researchers observed that the compositional change in traffic in the inner-city roads resulting from the beltway’s diversion of diesel vehicles led to an overall estimated reduction of 5,000 hospital admissions associated with respiratory and cardiovascular illness every year. The researchers quantify about one annual premature death for every 100-200 diesel trucks using inner-city roads.

A lesson for cities around the world

“The unintentional improvement in air quality and public health resulting from the Sao Paulo beltway demonstrates how judicious transport policies can benefit public health. Other world megacities such as London, Paris, New Delhi and Singapore may stand to gain similarly by limiting the circulation of diesel vehicles in the cities, particularly during the day when people are out and about” said Associate Professor Alberto Salvo from the Department of Economics at NUS Faculty of Arts and Social Sciences who led the study.

Like Sao Paulo, many major cities in the world have large volumes of diesel trucks, buses and vans transiting in close proximity with people, resulting in similar levels of air pollution. For example, nearly 40 per cent of London’s total nitrogen oxides emissions is attributed to diesel vehicles. Relative to North America, Europe’s households have significantly adopted diesel cars over gasoline and alternative fuels.

Different cities may adopt different abatement strategies, such as the Ultra-Low Emission Zone charge in London and the temporary ban on diesel cars in Oslo, and thus it is crucial that policymakers evaluate a range of policies in order to select a combination of strategies most effective for their cities.

Sao Paulo’s beltway construction provides a rare intervention, at the scale of a real-world metropolis, of the air and health benefits from shifting the urban transportation fuel mix away from diesel. Policymakers in other cities where human exposure to diesel runs high may learn from Sao Paulo’s experience.

The study “External Effects of Diesel Trucks Circulating Inside the Sao Paulo Megacity” was published in the Journal of the European Economic Association on 27 April 2018. The paper was co-authored by Dr He Jiaxiu, Post-doctoral Fellow from the Department of Economics at NUS Faculty of Arts and Social Sciences and Professor Nelson Gouveia from the Faculty of Medicine at the University of Sao Paulo. 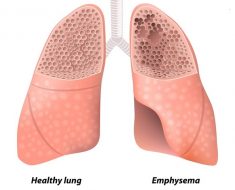 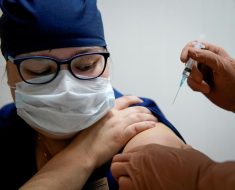 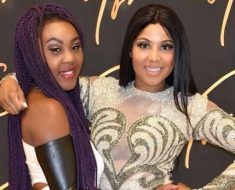