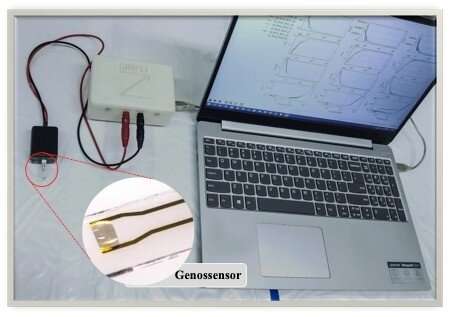 The challenges posed by the COVID-19 pandemic have stimulated innovation on several fronts. One is the development of low-cost methods of clinical diagnosis. Genosensors are a case in point. Based on nucleic acids that detect simple complementary DNA or RNA sequences, genosensors are biosensors that make possible mass testing for immediate and sensitive testing of genetic material.

A device of this kind, already shown to be efficient in detecting SARS-CoV-2, has just been produced in Brazil by a multidisciplinary team of researchers affiliated with various institutions and led by physicist Osvaldo Novais de Oliveira Junior, a professor at the University of São Paulo’s São Carlos Institute of Physics (IFSC-USP).

The result of the analysis can be ready in 30 minutes, for a laboratory-scale cost of less than 1 US dollar per genosensor. The components of the impedance analyzer, a durable part of the device, cost less than 200 US dollars. The device already exists at the laboratory scale, and the technology can be transferred to any company with the wherewithal to mass-produce it.

“Our genosensor can immobilize a simple DNA strip used as a capture probe. Under appropriate conditions, the immobilized strip binds to a complementary DNA strip contained in the liquid sample to be analyzed. This process, called hybridization, demonstrates the presence of SARS-CoV-2 in the sample, which may be saliva or another body fluid,” chemist Juliana Coatrini Soares told.

Soares is first author of an article describing the research and published in Materials Chemistry Frontiers.

The device consists of a self-assembled monolayer of 11-mercaptoundecanoic acid (11-MUA) chemically bonded to glass electrodes containing micrometric gold leads or surfaces containing gold nanoparticles. This environment is able to immobilize the simple DNA or RNA strip used as a capture probe. Hybridization with the complementary strip, if it exists in the sample, is shown by means of variations in physical parameters detected by electrical or electrochemical impedance spectroscopy and localized surface plasmon resonance.

“After hybridization, there is an increase in electrical resistance on the surface of the sensor, which can be monitored by a low-cost impedance analyzer costing about 100 US dollars, and developed in our lab by engineer Lorenzo Buscaglia, a member of the group. Another effect of hybridization between the capture sequence and the complementary SARS-CoV-2 sequence is a shift in the absorbance peak in the transmitted spectrum, which can be monitored by means of localized surface plasmon resonance using a spectrophotometer,” said chemist Paulo Augusto Raymundo-Pereira, a researcher at IFSC-USP who took part in the research.

The highest sensitivity achieved in the study corresponded to 0.3 copies per microliter, sufficient to detect the DNA sequence in saliva or other body fluids. The complementary SARS-CoV-2 sequences were also diagnosed by means of machine learning techniques applied to scanning electron microscope images obtained from genosensors exposed to various different concentrations of complementary DNA sequences.

“By applying machine learning algorithms to image processing, we were able to obtain a high degree of precision in distinguishing between the different concentrations of complementary SARS-CoV-2 DNA sequences,” Raymundo-Pereira said.

In the detection experiments, the sensitivity of the genosensors was verified in control samples, including a negative sequence for SARS-CoV-2 and other DNA biomarkers unrelated to the virus. Analysis of the data obtained by a multidimensional projection technique called interactive document mapping (IDMAP) showed a clear separation between complementary DNA sequences at various concentrations and samples containing a non-complementary sequence or other DNA biomarkers unrelated to SARS-CoV-2.

“The advantage of using several detection methodologies is the versatile mode of operation so that the diagnostic method can be implemented in accordance with the reality of each country, or of the different regions of continent-sized countries like Brazil. Our genosensor is also promising as a detector of genetic material from novel variants of SARS-CoV-2. To do this, if the variant’s genetic sequence is known, you simply swap out the simple DNA strip used as the capture probe,” Oliveira Junior explained.

Tags: a, biosensor, permits, ultra-fast
You may also like 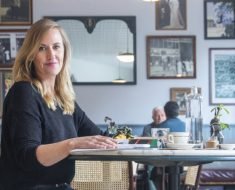 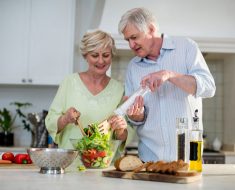