Home
Health News
Blood clot or bruise: Differences, symptoms, and when to see a doctor

A bruise often forms while the outer layer of skin is still intact and it changes the color of the visible layers of skin. This change in appearance is due to tiny blood vessels called capillaries bursting in the area. The skin may continue to change color as the bruise begins to heal.

Blood clots can also result from damage to a blood vessel. When an injury occurs to a blood vessel, such as damage from a cut or impact from a blunt object, blood leaks out of the blood vessel and into the tissue around it. It forms a collection of blood that often clots, which is called a hematoma.

A blood clot can also occur inside a blood vessel, in which case doctors will call it a thrombus. A blood clotting problem in the body can sometimes be the cause. In other cases, high blood pressure, diabetes, and other conditions can damage the lining of the blood vessel, resulting in a thrombus forming.

Bruises and blood clots can both be the result of damage to blood vessels. However, the causes and symptoms can vary.

Bruises typically occur after an injury, such as hard contact with an object, falling down, or breaking a bone. These types of injury can cause the blood vessels in the skin to burst. Bruises can occur anywhere on the skin.

The burst blood vessels leak blood, which becomes trapped and discolored beneath the surface of the skin, forming a bruise. The black and blue appearance of a bruise comes from the lack of oxygen in the trapped blood.

Blood clots are part of the natural process of healing after an injury.

Damage to an area causes coagulants in the blood called platelets to collect and clump together near the injury, which helps stop the bleeding.

Small clots are normal and disappear on their own. However, some blood clots become larger than necessary or form in places where there is no injury. Blood clots can form on their own within a blood vessel due to hypercoagulation, which requires medical treatment.

Many of the symptoms of bruises and blood clots can be quite similar, but certain types of clot can cause much more severe effects.

The site of the bruise will appear reddish at first, then turn to a dark blue, purple, or blackish color over the first few hours to days. A bruise will change color as it heals, typically getting lighter and more yellow until it fades completely.

Bruises may be sore or painful to the touch as they heal. As the marks of the bruise fade, the pain tends to lessen as well.

Deep tissue blood clots, or hematomas, do not follow an exact pattern as they heal but may cause different symptoms depending on where they are in the body and which tissues they affect. Large hematomas that occur within muscles or organs often require medical treatment.

Blood clots within blood vessels can block the flow of blood and oxygen to parts of the tissue. This obstruction can be life-threatening as it can cause severe damage or death to cells. Some examples of severe conditions that a thrombus can cause include:

The symptoms of a thrombus vary according to the organ and tissue that it affects and can include:

Anyone who thinks that they are experiencing the symptoms of a thrombus should seek immediate medical care.

Normal wound healing can involve blood clot formation. However, there are a large number of risk factors for other blood clots forming within blood vessels.

Genetic predisposition is a risk factor for abnormal blood clotting. People may be more likely to experience excessive blood clotting if they have a family history of dangerous blood clots or have previously had them themselves.

According to the American Society of Hematology, other factors that may increase the risk include:

Other disorders may also make blood clots more likely. Among others, these include chronic inflammatory diseases, heart failure, high blood pressure, and diabetes. People who have experienced recent trauma, such as a fall or another accident, may also be at higher risk.

Bruises do not usually require any treatment.

Doctors who suspect that an underlying condition is causing the bruising may run additional tests or recommend treatments for the condition.

Depending on its cause and the organs and tissues that it affects, a hematoma may or may not require treatment. Sometimes, these blood clots may need medical treatment or surgical procedures, particularly if they occur without injury.

To treat a thrombus, doctors will use medications to help prevent ongoing clotting or future blood clots. This treatment will usually require a hospital stay. Injectable blood-thinning drugs, such as heparin, can help prevent new clots from forming.

In cases of stroke, heart attack, or pulmonary embolism, a person may receive clot-dissolving medications called thrombolytics. Doctors may also recommend that the individual uses blood thinners going forward as a way to prevent their blood from clotting unnecessarily in the future.

Both bruises and blood clots often result from damage to blood vessels.

Bruises generally heal on their own, while the formation of small blood clots due to cuts or injury is a normal part of the body’s healing process.

However, blood clots in deep tissues may require further evaluation and treatment, depending on their location.

Blood clots within blood vessels are always a medical emergency and can become life-threatening due to their effects on blood and oxygen flow. Anyone who suspects that they have a thrombus should seek immediate medical attention.

Tags: a, and, blood, bruise:, clot, differences, doctor, or, see, symptoms, to, when
You may also like 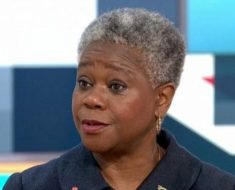 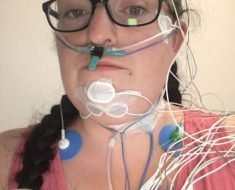 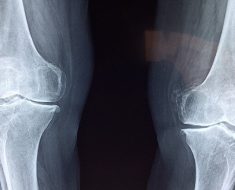 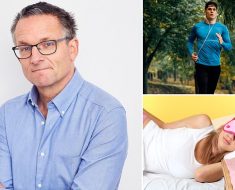 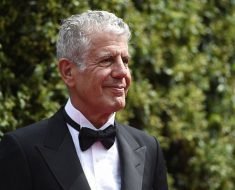