This effect, which appeared to be strongest for cancer that starts in the rectum, was independent of exercise and body mass index (BMI).

The recent study, which now features in the journal JNCI Cancer Spectrum, is one of the first to link a particular sedentary behavior to a higher risk of young-onset colorectal cancer.

While others have already suggested that prolonged sitting while viewing TV could be a risk factor for colorectal cancer, they have not looked specifically at young-onset colorectal cancer.

The researchers behind the new study note that young-onset colorectal cancer is usually more aggressive than colorectal cancer that strikes later in life and is likely to have some distinct biological features.

Also, by the time diagnosis takes place, the cancer is usually more advanced, resulting in poorer rates of survival.

Senior study author Dr. Yin Cao, who is an assistant professor in the Department of Surgery at Washington University School of Medicine in St. Louis, MO, suggests that the new finding “may help identify those at high risk and who might benefit more from early screening.”

Cancer of the colon and the rectum

Colorectal cancer is cancer that starts in the colon or the rectum, which together form the final section of the gut at the opposite end to the mouth, food pipe, and stomach.

With the help of bacteria, the colon breaks down undigested food and extracts water and salts from it.

The remains of that final stage of digestion then move into the rectum, which holds the waste pending evacuation through the anus in the form of stools.

In the majority of cases, colorectal cancer arises from small growths, or polyps, that form in the lining of that part of the gut.

It can take many years for polyps to turn into tumors, and not all polyps become cancerous.

The extent to which the tumor spreads, first into the wall of the gut and then beyond, determines the severity and stage of the cancer.

Globally, colorectal cancer is the third most common cancer, with an estimated 1.4 million new cases every year, according to 2012 statistics from the World Cancer Research Fund.

In the United States, surveillance by the National Cancer Institute suggests that colorectal cancer is the fourth most common cancer and that in 2015, approximately 1,332,085 people were living with the disease.

Although still relatively rare, rates of colorectal cancer among those aged 20–49 years “have increased dramatically,” they note.

One way to tackle the rising trend in young-onset colorectal cancer is earlier diagnosis. For that, there is a need to identify those at higher risk of early-onset disease.

However, so far, few studies have identified risk factors that are specific to those aged 20–49 years.

For their investigation, Dr. Cao and colleagues turned to the Nurses’ Health Study, which is part of a project that started in 1976 and is looking into “risk factors for major chronic diseases in women.”

The team analyzed data on 89,278 women in the Nurses’ Health Study II. This data included surveys about cancer diagnoses and sedentary behavior, including the amount of time that the women spent sitting and watching TV.

During a 22-year follow-up period, 118 of the women received a diagnosis of young-onset colorectal cancer.

The researchers then carried out an analysis that compared the women who developed cancer with those who did not, focusing on the time that they spent sitting and viewing TV.

They found a link between “prolonged sedentary TV viewing time” and a higher risk of young-onset colorectal cancer, even after adjusting for known risk factors, such as BMI, exercise, diet, smoking, and family history of colorectal cancer.

The analysis revealed that sitting and watching TV every day for more than 1 hour was tied to a 12 percent higher risk of developing young-onset colorectal cancer.

The size of the risk increased with more TV viewing time. Sitting and watching TV for more than 2 hours per day was tied to a risk of young-onset colorectal cancer that was nearly 70 percent higher.

In addition, the effect appeared to be more marked for cancers that started in the rectum as opposed to the colon.

They point out that “several biological mechanisms” support their observations. Prolonged sitting can mean that any cancer-causing agents in feces, “such as secondary bile acids,” have more time to affect the gut.

Studies have also associated this type of sedentary behavior with impaired glucose metabolism and reductions in vitamin D levels.

The authors conclude that the findings emphasize the “importance of maintaining an active lifestyle.”

The study’s strengths include its large cohort and extended follow-up, giving nearly 1.3 million person-years of data. This is particularly relevant in a statistical analysis of a relatively rare disease.

However, the authors acknowledge that they did not examine other prolonged sitting behaviors, such as computer and smartphone use. Part of the reason for this was that these activities were not as typical during most of the follow-up years as they are today.

Another limitation of the study was that it only included women.

The researchers call for further studies to find a biological explanation for their findings. Also, there is a need to find out whether there might be any benefit in having “more intensive screening” for those who spend a lot of time sitting.

“The fact that these results were independent of BMI and physical activity suggests that being sedentary may be an altogether distinct risk factor for young-onset colorectal cancer.”

Tags: cancer, colorectal, Early, of, onset, risk, tied, to, TV, viewing
You may also like 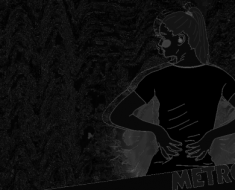 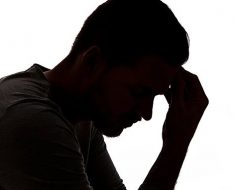 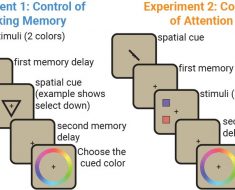