Having nightmares about being stuck maskless in a crowd or coming down with COVID-19? You’re not alone.

A suite of new studies finds that pandemic dreams are remarkably common across multiple countries. People in Finland, Italy, the U.S., Canada and elsewhere around the world report many of the same themes, from dreams about becoming infected to anxiety dreams about social distancing. Some of the examples are metaphorical, such as a cluster of dreams about being attacked by bugs. This bug-attack metaphor seemed unique to the coronavirus pandemic compared with other wide-scale stressful experiences, said the author of that study, Harvard Medical School psychology professor Deirde Barrett.

“I had never seen one of those after 9/11 or after World War II,” Barrett said, referring to studies she has done on the dreams of people who have witnessed trauma.

Dreams are an interesting area of study, Barrett told Live Science, because they reflect inner worries and concerns, but in a highly dramatized way.

“They make up a little highly visual drama, with a narrative and vivid images,” she said. “They often tell us something that may not have otherwise been center stage in our attention.”

They also sometimes trigger empathy, she said — for ourselves and others. For example, one dreamer surveyed by Barrett had a nightmare in which she found out her 10-year-old’s entire class was coming to her house, and she was responsible for home-schooling them for the rest of the year. People who hear that dream immediately grasp the woman’s real-life anxiety about school shutdowns, Barrett said.

For Barrett’s study, published in a special COVID-dream section on Sept. 25 in the journal Dreaming, she surveyed 2,888 men and women about their dreams between March 23 and July 15. About 2,000 of the respondents were American, with the others coming from 85 other countries.

Consistent with previous research on crisis situations, Barrett found that people reported recalling more dreams during the pandemic compared with pre-pandemic. Stress tends to make dreams more intense, she said, which explains part of the enhanced recall. With stay-at-home orders and workplace closures, people also reported sleeping longer once the pandemic began, she said, and people who sleep longer report remembering more dreams. This is because the length of dream cycles stretches out the longer the sleep session goes.

Both men and women experienced more anxiety dreams and more dreams about death, but women reported a greater rise in both. Women also reported an increase in dreams full of feelings of sadness and anger, while men didn’t dream more about those emotions. The difference may reflect the different ways men and women have been affected by the pandemic, Barrett said. Women are more likely to report dreams about caregiving for sick people, and women are more likely to be caregivers or work in caregiving careers in waking life. Dreams about homeschool stress also turned up more in women’s reports than in men’s, perhaps reflecting a gender divide in responsibility for children’s schooling. Women have also made up more of the unemployed during pandemic lockdowns.

“For women, it’s affecting them in lots more ways that make them sad and angry as well as anxious,” Barrett said.

Another paper, this one published in the journal Frontiers in Psychology on Oct. 1, finds that in a sample of more than 4,000 Finnish dreamers, 55% of all bad dreams during the COVID-19 lockdown were pandemic-related. For that study, researchers used an artificial intelligence program to analyze nouns and verbs in dream reports and sort them into clusters. One common cluster, dubbed “disregard of distancing,” included word pairs like mistake/hug, distancing/crowd, and handshake/distancing. Another common theme was travel, said study author Anu-Katriina Pesonen, head of the Sleep & Mind Research Group at the University of Helsinki. People reported dreams about being stuck at the border or not having the proper papers to travel home. This reflected what was really going on in Europe during initial lockdowns, she told Live Science.

In an Italian study of 796 people, published in the journal Dreaming, 20% of respondents’ most recent dreams in April and May had something to do with COVID-19. People who knew someone who had been infected with SARS-CoV-2 or who had died of the virus reported that their dreams were more emotionally intense than those who weren’t personally impacted. These respondents reported dreams about being stuck in border checkpoints and dreams about leaving their homes for the first time after lockdown, only to realize they weren’t allowed to do so.

In another online survey of more than 3,000 Americans, also published in Dreaming, 29% reported that they were recalling more dreams since the pandemic began (the survey was taken in early May). Similar to findings from Barrett’s study, women were more likely than men to report pandemic-related dreams. Respondents were asked about the impacts of the pandemic on their own lives, and the results revealed that those who reported greater impacts on their mental and physical health also reported more dreams about COVID-19.

A much smaller study on just 19 Canadian college students had the advantage of tracking daily dreams, rather than asking people to recall their dreams for a survey. These students had been enrolled in a dream-journal study in February and March that was eventually halted by the pandemic, in which they had been recording their dreams every morning. The researchers compared these dreams, which captured the early days of the pandemic, with dreams collected from an age- and sex-matched group during non-pandemic times. They found that the participants’ dreams during the early pandemic period resembled the dreams of people with anxiety disorders. They reported more location changes in their dreams, and more animal imagery, which previous research has found to be more common in anxious dreamers. That research was also published in the journal Dreaming.

Barrett plans to continue studying people’s dream reports from across the pandemic. So far, interesting patterns have emerged as anxieties change, she said. Early on in the pandemic, when store shelves emptied, many people reported dreams of starvation or famine, for example. Those disappeared quickly as supply chains stabilized. People’s personal circumstances also seem to matter, she said. Those who reported isolating alone often dreamed of being imprisoned, while those isolating with family members sometimes reported dreams about overcrowded houses or claustrophobia.

There are also intriguing hints about cross-cultural differences in dream reports. Dreams about bug attacks were relatively common among Americans, Barrett said, but didn’t show up in English samples. (Nor did any Finns report being attacked by bugs in their dream worlds, Pesonen said.) It’s not clear whether that difference would hold if more people from other different countries were sampled, but the findings are interesting, Barrett said — and an example of how poetic dreams can be.

“Lots of very small objects that cumulatively can harm or kill you is really a very accurate metaphor for the virus,” she said.

Tags: are, becoming, Common, Covid, frighteningly, nightmares
You may also like 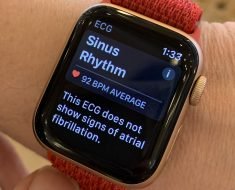 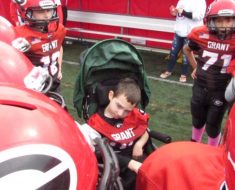 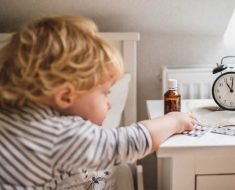 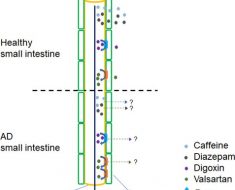 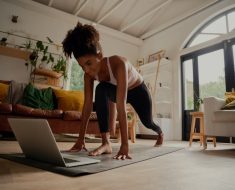 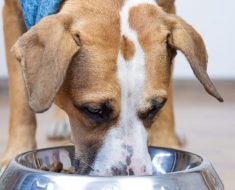