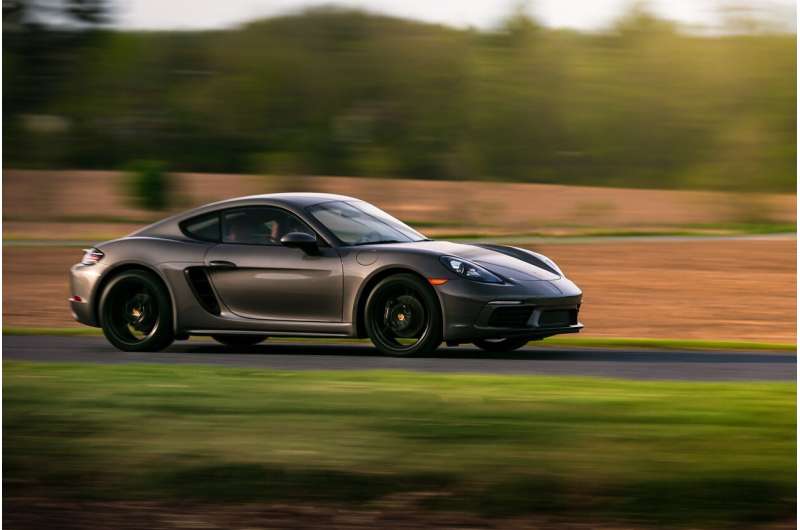 A new long-term psychological study of drivers has found an association between driving convictions, accidents and everyday behavior such as eating junk food or alcohol consumption. The researchers have also uncovered evidence that this relationship is associated with genetic variation in serotonin metabolism—the same neurotransmitter targeted by many antidepressants. This suggests that risky behavior in driving and in life may have a common psychological basis.

In an innovative study, researchers from Professor Jaanus Harro’s team at the University of Tartu (Estonia) combined psychological, genetic, and biochemical data from the unique Estonian Psychobiological Study of Traffic Behavior with police and insurance records

817 drivers (49.2 percent male, 50.8 percent female) participated in the study. Over a period of time they completed questionnaires to measure such factors as impulsivity and aggression: in addition, they underwent a series of blood tests and genetic analysis. Linking these results to the police and insurance databases the researchers began to uncover some of the links associated with risky driving. Presenting their findings to the ECNP Conference in Lisbon, they report that 137 drivers who had been cautioned for exceeding the speed limits tended to have faster reaction times, but that they also scored higher on physical and verbal aggression, undertaking more strenuous physical activity, and had higher consumption of junk foods (including energy drinks).

Lead researcher Tõnis Tokko says, “We were able to pick out lots of associations between everyday risk taking and risky driving. For example we found that subjects who drink energy drinks at least once a week were twice as likely to speed as those who didn’t drink energy drinks as often. We think the energy drink consumption may be a related to a need for excitement, rather than the drinks themselves being a direct cause of traffic violations; the drivers’ underlying psychological makeup may lead them both to speed, and to want to consume more energy drinks or junk food. Similarly, our psychological tests showed us that those with fast decision making skills were 11 percent more likely to speed, and those with higher excitement seeking were 13 percent more likely to speed. Driving history is an excellent platform to study behavioral regulation; most people drive, and driving convictions or accidents are objective records—they remain in databases. We found that significant associations exist between risky traffic behavior and a range of lifestyle behaviors, such as undertaking strenuous exercise, alcohol consumption, or junk food and energy drink consumption.”

The researchers also looked at genetic traits in the volunteer drivers. They found that certain variants of a gene which controls serotonin transport (the 5-HTTLPR polymorphism) were associated with risky driving. Serotonin is the neurotransmitter which is thought to be involved in depression, and which is also regulated by many antidepressant drugs. “We found that certain gene variants are associated with risk-taking behavior in both driving and in other areas of life; but this is an early finding and still needs to be confirmed,” said Tõnis Tokko.

The Estonian Psychobiological Study of Traffic Behavior is a long-term study that started collecting data in 2001—it is believed to be the world’s only long-term study to follow drivers while considering psychology, and the related biology. Initially it aimed to identify behavior patterns of drunk drivers and speeding drivers to try to prevent these behaviors, but it has since expanded to consider other factors.

Tõnis Tokko said, “We are able to follow various driving-related factors over a period of years, including psychological behavior, blood tests to understand biological changes, and genetics. We also have a firm idea of which of these drivers have committed traffic violations or have been in accidents. We believe this to be a unique system. This study shows that people who are reckless in traffic also tend to take chances in other areas of life, and our research shows that there may be a biological tendency to this behavior.”

Dr. Oliver Grimm, senior psychiatrist at the University Clinic Frankfurt, said, “This study is very interesting, as it is already known from large registry studies that ADHD and traffic accidents are more common in adults. This specific study from Estonia now helps to better understand how this accident-prone group is constituted from both the genetic risk and personality traits.”

Professor Oliver Howes, professor of molecular psychiatry at King’s College, London, said, “This study adds to other work showing that psychological and biological traits are linked to how people behave in the world. It’s important to recognize that the associations don’t mean that one leads to the other”

Tags: driver, fast, Geneti, life
You may also like