Scientists at the University of Cambridge have shown in animal studies that gene therapy may help repair some of the damage caused in chronic neurodegenerative conditions such as glaucoma and dementia. Their approach demonstrates the potential effectiveness of gene therapy in polygenic conditions—that is, complex conditions with no single genetic cause.

Gene therapy—where a missing or defective gene is replaced by a healthy version—is becoming increasingly common for a number of neurological conditions including Leber’s Congenital Amaurosis, Spinal Muscular Atrophy and Leber’s Hereditary Optic Neuropathy. However, each of these conditions is rare, and monogenic—that is, caused by a single defective gene. The application of gene therapy to complex polygenic conditions, which make up the majority of neurodegenerative diseases, has been limited to date.

A common feature of neurodegenerative diseases is disruption of axonal transport, a cellular process responsible for movement of key molecules and cellular ‘building blocks’ including mitochondria, lipids and proteins to and from the body of a nerve cell. Axons are long fibres that transmit electrical signals, allowing nerve cells to communicate with other nerve cells and muscles. Scientists have suggested that stimulating axonal transport by enhancing intrinsic neuronal processes in the diseased central nervous system might be a way to repair damaged nerve cells.

In research published today in Science Advances, scientists at the University of Cambridge show that delivering both of these molecules simultaneously to nerve cells using a single virus has a strong effect in stimulating axonal growth compared to delivering either molecule on its own. They tested their idea in two models of neurodegenerative disease known to be associated with reduced axonal transport, namely glaucoma and tauopathy (a degenerative disease associated with dementia).

Dr. Tasneem Khatib from the John van Geest Centre for Brain Repair at the University of Cambridge, the study’s first author, said: “The axons of nerve cells function a bit like a railway system, where the cargo is essential components required for the cells to survive and function. In neurodegenerative diseases, this railway system can get damaged or blocked. We reckoned that replacing two molecules that we know work effectively together would help to repair this transport network more effectively than delivering either one alone, and that is exactly what we found.

“This combined approach also leads to a much more sustained therapeutic effect, which is very important for a treatment aimed at a chronic degenerative disease.

“Rather than using the standard gene therapy approach of replacing or repairing damaged genes, we used the technique to supplement these molecules in the brain.”

Glaucoma is damage to the optic nerve often, but not always, associated with abnormally high pressure in the eye. In an experimental glaucoma model, the researchers used a tracer dye to show that axonal transport between the eye and brain was impaired in glaucoma. Similarly, a reduction in electrical activity in the retina in response to light suggested that vision was also impaired.

Dr. Khatib and colleagues used ‘viral vectors’—gene therapy delivery systems—to deliver TrkB and BDNF to the retina of rats. They found that this restored axonal transport between the retina and the brain, as observed by movement of the dye. The retinas also showed an improved electrical response to light, a key prerequisite for visual restoration.

Next, the team used transgenic mice bred to model tauopathy, the build-up of ‘tangles’ of tau protein in the brain. Tauopathy is seen in a number of neurodegenerative diseases including Alzheimer’s disease and frontotemporal dementia. Once again, injection of the dye showed that axonal transport was impaired between the eye and the brain—and that this was restored using the viral vectors.

Intriguingly, the team also found preliminary evidence of possible improvement in the mice’s short-term memory. Prior to treatment, the researchers tested the mice on an object recognition task. The mouse was placed at the start of a Y-shaped maze and left to explore two identical objects at the end of the two arms. After a short while, the mouse was once again placed in the maze, but this time one arm contained a new object, while the other contained a copy of the repeated object. The researchers measured the amount of the time the mouse spent exploring each object to see whether it had remembered the object from the previous task.

This task was repeated after the viral vector had been injected into the mouse’s brain and the results were suggestive of a small improvement in short-term memory. While the results of this particular study did not quite achieve statistical significance—a measure of how robust the findings are—the researchers say they are promising and a larger study is now planned to confirm the effect.

Tags: and, by, caused, damage, Dementia, for, gene, glaucoma, potential, repairing, research, shows, therapy
You may also like 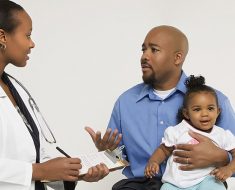 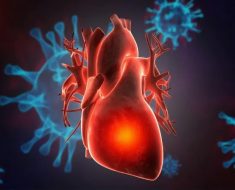 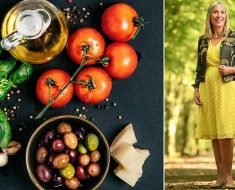 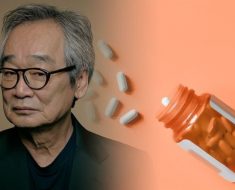 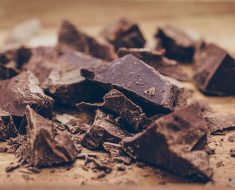