With effective treatment of antiretroviral medication, people with HIV can live healthy lives without the risk of transmitting the virus to others.

In this article, we look at the early signs and symptoms of HIV in men, along with when they should take a test to ensure they receive effective treatment.

Initial HIV symptoms are usually vague and unspecific in men. Early symptoms of the infection are usually bearable and frequently mistaken for flu or another mild condition.

As such, men may undervalue the symptoms and put off seeing a doctor until the symptoms worsen, at which time the infection might be very advanced. The fact that some men do not receive timely treatment may be a reason why men are more severely affected by the disease than women.

However, this may not be true for every man. Besides flu-like symptoms, some men may also experience more severe symptoms early on, such as:

In rare cases, it is possible for the condition to progress to AIDS rapidly.

Early signs and symptoms of HIV

Early signs and symptoms of HIV are generally subtle in men. People may easily underestimate them or mistake them for minor health conditions.

Men can experience flu-like symptoms some days to weeks after contracting the virus, which may include:

This stage usually occurs 2 to 4 weeks after transmission, and not every person will notice it.

Typical symptoms are similar to flu and may include fever, sickness, and chills. Some people do not realize they have the virus because their symptoms are mild and they do not feel sick.

At this stage, people usually have a significant amount of virus in their bloodstream, which means that it is easy to pass it on. If someone thinks that they might have the virus, they should seek medical care and get tested as soon as possible.

This stage can last for 10 years or more if the person does not receive treatment. It is marked by an absence of symptoms, which is why this is phase is also known as the asymptomatic phase.

At this stage, a medication known as antiretroviral therapy (ART) can control the virus, meaning that HIV does not progress further. It also means that people are less likely to transmit the virus to others.

While the virus is still reproducing in the bloodstream, it may do so at levels that are undetectable by testing. If someone has undetectable levels of the virus for at least 6 months, they cannot pass the virus on to others through sex.

During this phase, HIV is still multiplying inside the body but at lower levels than in the acute phase.

This is the most severe stage when the amount of virus in the body has devastated the body’s population of immune cells. Typical symptoms of this stage include:

At this stage, the immune system is very weakened, which allows opportunistic infections to invade the body.

In the U.S., most people do not develop AIDS due to ART.

Diagnosis in men vs. women

Doctors diagnose HIV in both men and women by testing a blood or saliva sample, although they could also test a urine sample. This test looks for antibodies produced by the person to fight the virus. The test typically takes around 3 to 12 weeks to detect antibodies.

Another test looks for HIV antigens, which are substances that the virus produces immediately after transmission. These antigens cause the immune system to activate. HIV produces the p24 antigen in the body even before antibodies develop.

Usually, both the antibody and the antigen tests are done in labs, but there are also home tests that people can take.

Men who are sexually active should get tested for HIV at least once in their lifetime as part of their routine health care.

The CDC recommend that everyone between the ages of 13 and 64 should take an HIV test.

The CDC also recommend that people with specific risk factors should take a test at least once a year. This recommendation applies to gay and bisexual men, and men who have sex with men, and users of injectable drugs.

Besides these formal recommendations, everyone who may have been exposed to HIV or had sex without a condom should also take a test.

HIV is a virus that weakens the person’s immune system and leaves the body more prone to opportunistic diseases and infections.

Although there is no cure for HIV, it can be well-controlled with medication. People with the virus can live healthy lives with proper medical care and medication.

Getting an early diagnosis and treatment can help slow the progression of the virus and significantly improve a person’s quality of life. For men, being able to spot the early signs can help with getting a quick diagnosis.

Tags: Early, HIV, in, men, signs, symptoms
You may also like 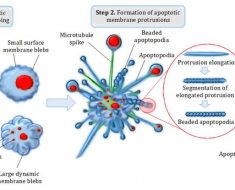 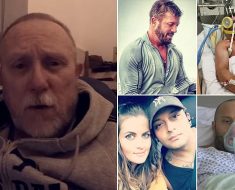 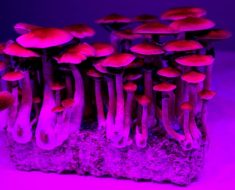