Kiss FM’s Daisy Maskell has lived with insomnia since the age of nine. Now, in a new documentary for the BBC, she’s exploring how the disorder has impacted her mental and physical health – and speaks to other young people dealing with the same problem.

On the surface, Kiss FM’s Daisy Maskell seems to be living the dream. At 23, not only is she the UK’s youngest ever breakfast show host in the history of radio, but she’s also been the face of a global make-up collection and interviewed some of the world’s biggest stars.

However, away from the spotlight, things are far from easy for Maskell. Since childhood, she’s struggled with insomnia – a sleep disorder that means she regularly gets around two to three hours of sleep a night.

Throughout her teens and early 20s, she kept quiet about her experiences, convinced it was something she would just have to deal with on her own for the rest of her life. But now, in a new documentary for the BBC, she’s decided to speak out.

“It was always just one of those things that I thought wouldn’t be of interest to anyone else, and I certainly didn’t think there were other people suffering in the same ways as me,” Maskell tells Stylist. “I never thought I would make a documentary about it, but in doing so I learned so much about myself and the experiences of other people as well.”

The documentary, titled Daisy Maskell: Insomnia And Me, not only follows Maskell as she digs deeper into the causes of her own insomnia and takes the first steps towards treatment, but also sees the presenter speak to other young people struggling with their sleep, and discuss the mental health challenges which can arise as a result.

Ahead of the documentary airing on BBC One later tonight (10 August), Stylist sat down with Maskell to speak about her experiences, and what she hopes audiences will take away from the film. Here’s what she had to say.

One of the main side effects you talk about in the documentary is the loneliness you feel when you can’t sleep. Would you say that is one of the most challenging parts of living with insomnia?

I often say that the impact my insomnia has on my mental health is a lot harder to deal with than the impact it has on my physical health, such as feeling exhausted all the time or experiencing heart palpitations and migraines. And, in particular, the loneliness and isolation – the fact that you feel so alone.

I think that’s because of a number of reasons. Number one, sleep-related disorders aren’t really spoken about enough and I think there’s a lot of stigma surrounding them, so people don’t really understand how to help or what really goes on. And number two because, when you’re at your worst, no one is around or sees you during those times, so it’s really difficult for people to understand what it is that you’re going through.

Finally, there’s also this awareness that everyone is asleep and because you have no one to talk to, it’s just you and your thoughts and fears. That can bring on some really scary states of mind.

Daisy Maskell has dealt with insomnia since the age of nine.

What was the most interesting thing you learned about yourself and your insomnia during filming?

I think the brain scanner was really interesting – that was one of my favourite scenes that we filmed. I think that it’s fascinating to have that scientific insight into why your brain is reacting in a certain way. I walked away from filming that scene just feeling so validated for the first time in my life.

Often with insomnia you can feel like your issues are the result of things you’re doing wrong in your waking life, and getting that scan was the first bit of hard evidence that I had that it wasn’t the fact that I’m in a fast-paced industry or that I go out on the weekends with friends or that I’m on my phone for too many hours of the day. Finding out that one of the reasons I struggle is because my brain is wired differently was so fascinating.

During the documentary you try out a series of sleep aids to try and ease your insomnia, none of which really help. Do you find it frustrating when people throw about this kind of advice?

It’s difficult! The majority of people who have prescribed a scented candle or a bath to me have done so from the kindness of their hearts and have been trying to help, and bless them for doing that, but I think those kinds of suggestions come with a lack of understanding of the challenge insomnia presents.

When its suggested by the wrong person this type of advice can come across as very patronising andvery insensitive, and I’ve definitely been on the receiving end of those sort of recommendations, even from GPs.

I can only speak from personal experience, but I personally haven’t seen any kind of improvement from having a hot bath before bed or using a scented candle, etc.

All they do for me personally is create a more welcoming environment because my bedroom turns into a scary place at night and I don’t enjoy being in there, whereas when I’ve got a scented candle on, my room’s smelling nice and I’ve got some nice mood lighting it makes me want to stay in there for longer and that can help with some of the anxiety.

Maskell hopes that the documentary will remove some of the stigma associated with sleep disorders such as insomnia.

What do you hope people take away from the documentary?

I hope that anyone that watches who does have insomnia learns that there are more people out there suffering just like them, and I hope that it helps to ease their feelings of isolation a little bit.

Speaking to so many other people that have suffered, both while filming and on social media, certainly helped me. It’s comforting to know there’s almost a community of people out there experiencing the same thing. When someone has gone through a similar experience that can bring a certain amount of validation to the way that you’re feeling.

And for the people watching who haven’t experienced insomnia, I hope it educates them. There’s such a massive lack of education when it comes to sleep-related disorders, and I hope to break down that stigma a little bit because they can be really, really challenging to deal with.

Sleep is impossible to control, so let’s stop shaming insomniacs

For example, a really difficult thing a lot of people struggling with insomnia deal with is feeling like they’re antisocial or moody because their friends see them as the one who is always cancelling or making excuses when they’ve had a bad night’s sleep.

So I hope that this film shows that, while everyone’s experienced a bad night’s sleep, when you are suffering with insomnia it’s a much more chronic issue that can bring about more serious side effects.

It’s been three months since you finished filming – how are you? Has anything changed for you when it comes to your sleep?

It’s definitely been nice to take accountability for certain things that I’ve sort of been suffering with in silence and actively go and seek treatment, and some of the practises I picked up in the documentary, like the CBTi therapy, sleep diaries and talking therapy are still things I do and I have seen an improvement from which is great.

I wasn’t walking into this documentary wanting to be cured – I don’t know if you can be cured from insomnia – but what this experience has brought me is a lot of hope for the future.

Daisy Maskell, Insomnia and Me airs on BBC Three from 6am and BBC One at iPlayer at 10.35pm on Tuesday 10 August

If you, or someone you know, is struggling with their mental health, you can find support and resources on the mental health charity Mind’s website and NHS Every Mind Matters or access the NHS’ list of mental health helplines and organisations here.

If you are struggling with your mental health, you can also ask your GP for a referral to NHS Talking Therapies, or you can self-refer.

For confidential support, you can also call the Samaritans in the UK on 116 123 or email [email protected]

You can also find further support for the issues explored in Daisy Maskell: Insomnia And Me on BBC Action Line.

Tags: BBC, Insomnia, Mental Health
You may also like 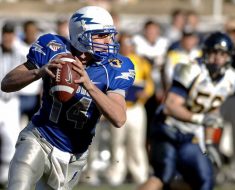 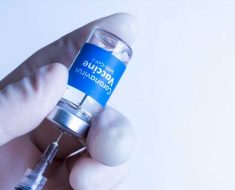 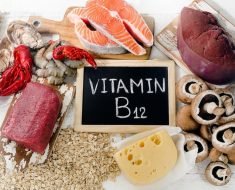 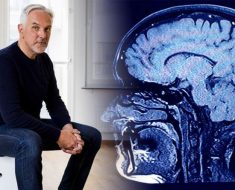 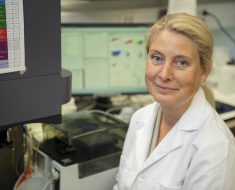 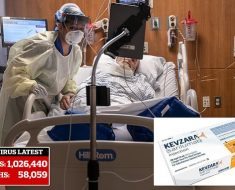