Laser that removes breast tumours – without a scar! Mother, 69, who was one of the first in Britain to have the surgery reveals procedure took less than an hour and left her with just a tiny puncture mark

A new laser surgery for breast cancer has just been approved for use in the UK. It leaves virtually no scars and needs only local anaesthetic.

Frances Barr, 69, a mother of two and a retired PA from Bristol, was one of the first women in Britain to have it as part of a trial, as she tells PAT HAGAN. 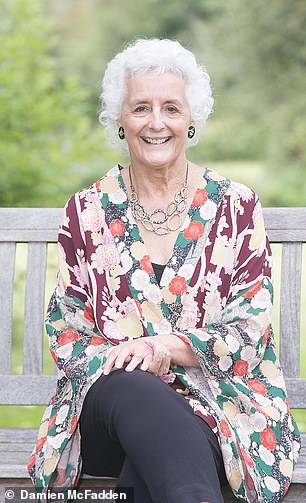 Frances Barr, 69, from Bristol was one of the first women in Britain to have a new laser surgery for breast cancer which has just been approved for use in the UK

Like all women aged over 50 in the UK, I am invited for breast cancer screening every three years.

It was during one of these mammograms in 2013 that a suspicious growth was found in my right breast. It wasn’t clear whether it was cancer, and I wasn’t unduly alarmed.

But I was referred to the Bristol Breast Care Centre and, a few weeks later, underwent a second mammogram, followed by a biopsy. When I was given the results just days later, I got a terrible shock.

The pea-sized growth was cancerous and I needed urgent treatment. It was devastating news. Luckily, my husband, Geoff, 79, was with me and was a tremendous comfort.

My consultant said I needed a lumpectomy to remove the tumour. This would involve an incision a couple of inches long and the removal of a small amount of surrounding ‘healthy’ tissue, too, in case any cancer cells had started to spread.

This would be followed by radiotherapy to destroy lingering cells. My lymph nodes (glands in the armpits where cancer cells often migrate) would be removed just in case.

However, as I was leaving my appointment, one of the nurses mentioned that the centre was about to start a trial for a treatment that could replace a lumpectomy in women who had relatively small tumours, of less than 20mm in diameter. 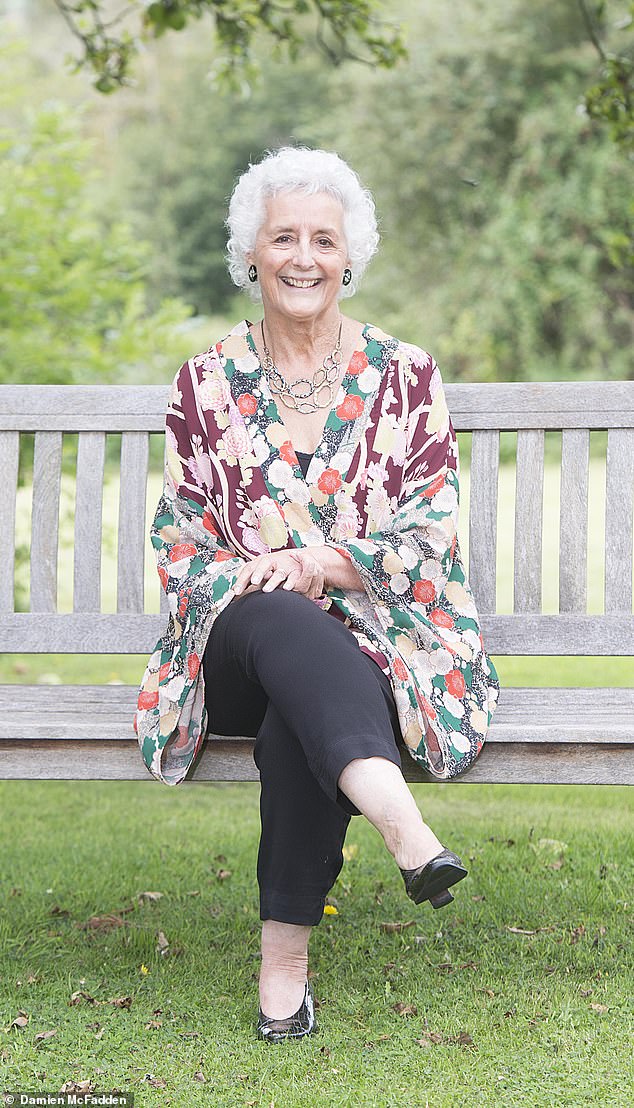 She arranged for me to meet cancer specialist Dr Mike Shere, who was overseeing the trial.

He explained that, instead of surgery with general anaesthetic, the new procedure used local anaesthetic. It involved inserting a fine, hollow needle through the breast tissue into the tumour. A probe would be fed through the needle and a hot laser beam would destroy the tumour.

The entire thing would take less than an hour and, afterwards, I’d be left with a tiny, barely visible puncture mark.

As I was one of the first people in the world to get the treatment, and doctors were still not sure if it would work, it would have been unethical for me to have it instead of a lumpectomy — as there was a danger it wouldn’t kill off all the cancer.

WHAT ARE THE RISKS?

There are no major risks compared to a lumpectomy, but the Novilase laser treatment is currently not suitable for breast tumours bigger than 20mm in diameter.

Professor Philip Drew, a consultant breast surgeon at the Duchy Hospital in Truro, Cornwall, says the procedure could be particularly helpful for older women with small breast tumours who may be less able to withstand the current surgery.

But, he adds, ‘we need to be certain that the treatment gets rid of all the cancer: that’s the first question patients ask when they come round’.

I was told that I would have the laser treatment followed several weeks later by a lumpectomy, so doctors could see if the treatment had worked, as well as lymph node removal.

In November 2013, I had the Novilase procedure. Dr Shere first injected local anaesthetic into the front of my right breast, then used a handheld ultrasound monitor to navigate a long needle towards the tumour.

Once the tip reached it, he fed in the laser probe to destroy the cancerous tissue. I was awake and chatted to one of the nurses throughout — I felt quite calm.

The needle forcing its way in was uncomfortable, but not painful, and, afterwards, I had a cup of tea before going home.

There was some pain over the next day or so, but paracetamol took care of that. For a day, I wore a tight bandage around my chest to reduce any swelling and my breast was back to normal within a day or two.

Two months later, I had the lumpectomy and my lymph nodes removed. This was much more invasive and kept me off work for several weeks. I was left with a scar 1.5 in long and an unsightly dent in my breast from the tissue removal.

Surgeons also removed the dead tissue that had been lasered and found no trace of the cancer: the laser treatment had worked.

Now, I enjoy life as much as I can, exercising and walking my dogs. 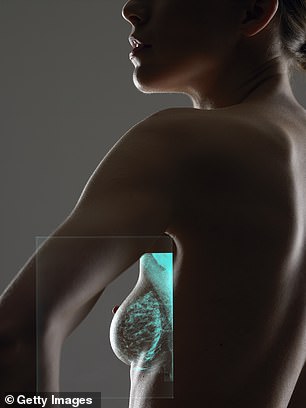 The laser surgery involved inserting a fine, hollow needle through the breast tissue into the tumour. A probe was then fed through the needle and a hot laser beam destroyed the tumour (file picture)

Dr Mike Shere is a cancer specialist at the Bristol Breast Care Centre.

Around 25,000 women a year in the UK undergo a lumpectomy for breast cancer, usually when the tumour has not spread.

These are very effective at eradicating small tumours, but leave a scar. Between 1.5 and 10 per cent of lumpectomy wounds also become infected.

The new laser treatment could achieve the same results, but without the collateral damage, as the entry point where bacteria might get in is much smaller.

Our centre was one of the first in Europe to trial Novilase, and it has recently been approved in the UK, so many more women could soon benefit.

An MRI scan maps the location of the tumour, then local anaesthetic is injected into the breast, and a needle — around 4 in long — is slowly inserted, until the tip is in the centre of the tumour.

The needle is attached to a handset controlled by the doctor and running parallel to it is another needle, just 15mm away, which is inserted into the breast at the same time. This has five tiny temperature sensors.

Frances, pictured, said the needle forcing its way in was uncomfortable, but not painful and within a couple of days her breast was back to normal

The laser takes about ten minutes to reach the desired temperature of 60c to 100c. The needle’s heat sensors reveal if it’s hot enough to be effective, or so hot that there’s a risk of damage to healthy tissue.

All that’s left behind are two tiny puncture wounds, and the patient can go home straight away.

The beauty of laser therapy is that it can be safely repeated if scans reveal it didn’t destroy all of the tumour the first time around.

While it’s currently only being tested on small tumours, in theory we could use several needles to treat bigger tumours.

The results of the trial, which involved 61 patients at centres around the world, were published in 2018 in Annals Of Surgical Oncology. These showed 84 per cent of patients with tumours of up to 20mm saw them completely destroyed with one treatment.

Among women whose tumours measured 15mm or less, the success rate was 98 per cent — similar to lumpectomy.

Laser treatment could eventually mean an end to lumpectomies. At the moment, patients still need lymph node removal surgery, as this is standard practice, but trials are beginning to show there’s no advantage to this unless you know the cancer has spread to them.

I predict routine lymph node removal could become a thing of the past within the next five years or so, by which time Novilase could be in widespread use in the NHS.

Tags: -, 'No, breast, had, laser, Leaving, Mother, Remove, scar, surgery, to, tumour
You may also like 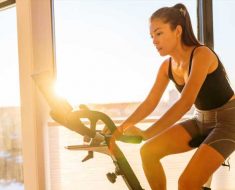 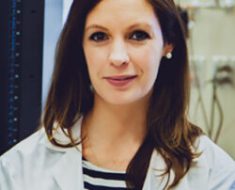 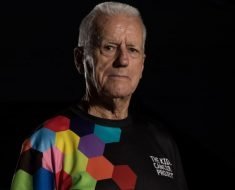 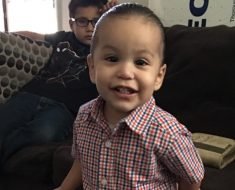