Mother, 38, reveals police accused her of BURNING her sons after a rare condition left them with ‘butterfly skin’

A mother has revealed how she was accused of burning her sons after a rare condition left them with ‘butterfly skin’.

Melissa Jaquez, of Wichita, Kansas, would often have police knocking on her door investigating whether she was abusing her children when their painful disorder left them unable to attend school.

The 38-year-old is mother to 18-year-old Marcos Jordan Burrola-Jaquez, aka Marky The Rock, who suffers from the genetic condition severe recessive dystrophic epidermolysis bullosa (RDEB).

She even lost her son and a fellow RDEB sufferer Carlos Xavier Tharp-Jacquez, when he died from heart failure related to the disorder aged just 14 in November 2013.

Although Marky is still alive, his excruciating, blistering skin has left him unable to walk and dependent on his mother to care for him. 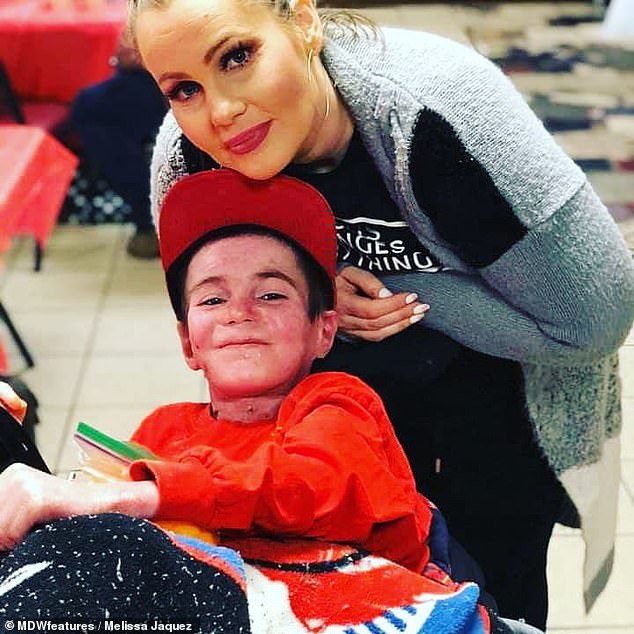 Melissa Jaquez was accused of burning her sons after a rare skin condition left them with severe blisters. The mother-of-three is pictured with her son Marcos Jordan Burrola-Jaquez, aka Marky The Rock, who suffers from recessive dystrophic epidermolysis bullosa 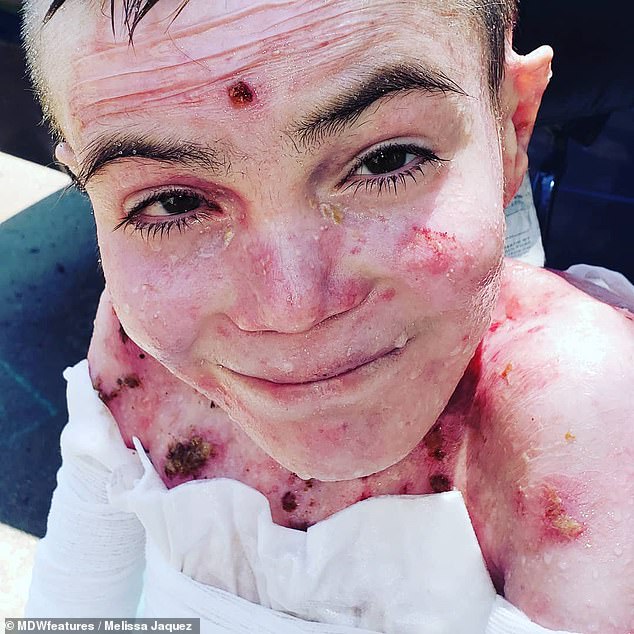 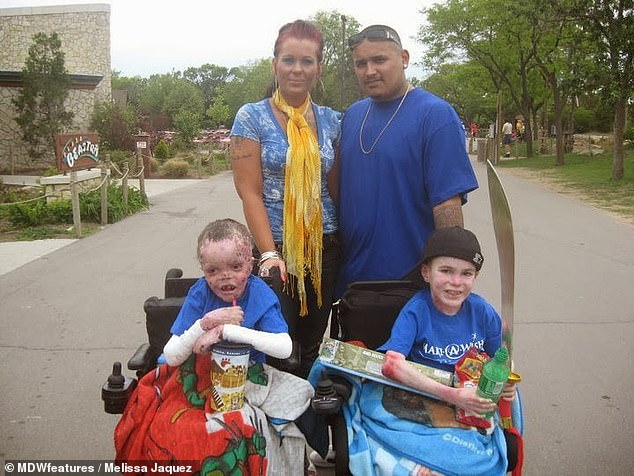 Mrs Jaquez, who is also mother to 22-year-old Michael, said: ‘Both Carlos and Marky were born with RDEB.

‘Their skin was as thin as butterfly wings, so this illness is also known as “baby butterfly”. Also, they had no skin on their hands, feet and calves.

‘Neither of them [were] born with the collagen that connects and bonds their skin together. This means they haven’t ever walked.

‘My sons had to have feeding tubes by six months old because even swallowing their own saliva caused open sores in the oesophagus.’

The boys’ shared disorder left them unable to attend school every day, which caused people to become suspicious.

‘The public contacted the police who came knocking on my door accusing me of burning and abusing my children because of how they looked,’ Mrs Jaquez said.

‘I was in total shock. It made me feel very alone. I just didn’t understand why they would go out of their way to call the police instead of approaching us directly and offering support.’ 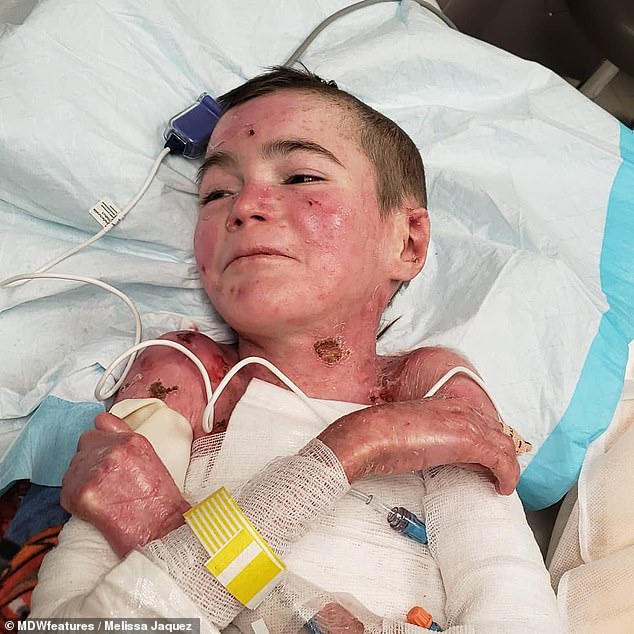 Marky has to have his bandages changed, and his wounds cleaned, every day 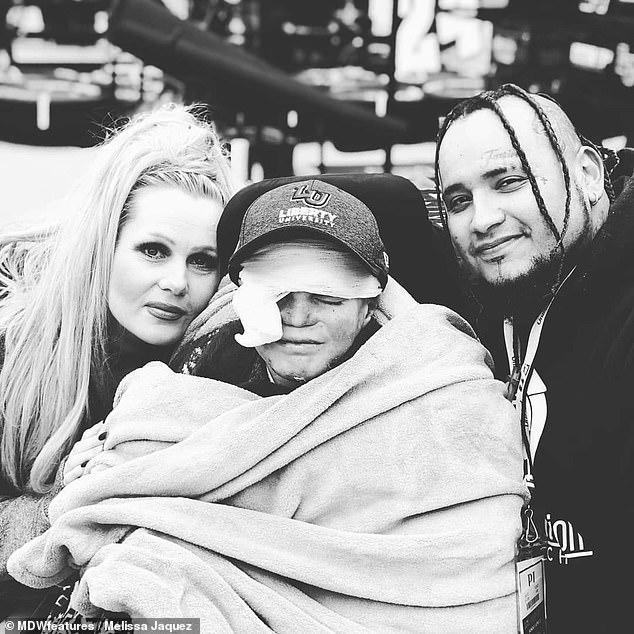 Pictured with his parents, Marky cannot walk and relies on a specially-adapted wheelchair 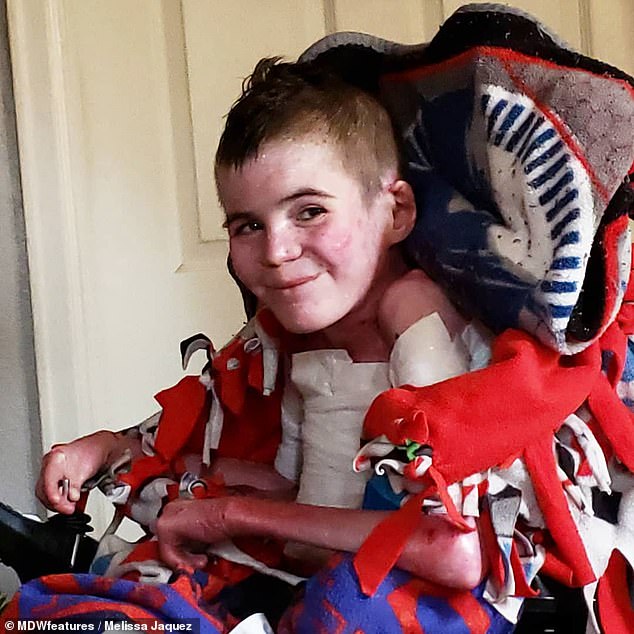 Despite all he has endured, Marky smiles through the pain and manages to stay positive

Mrs Jaquez, who used to be the director of her local social services, became Marky’s full-time carer in November last year.

She is forced to remove his bandages and clean his wounds every day, which leaves the teenager crying out in pain.

‘We need to clean the wounds in different ways’ Mrs Jaquez said. ‘Sometimes we need to use bleach wraps and other times we use lavender soaks. It’s really sad to watch because it’s excruciatingly painful for him.’

Marky relies on a cocktail of drugs every day to help manage his discomfort and relax his muscles.

‘He has been on strong medications including muscle relaxers, narcotics and opioids for his pain, and medication to combat the side effects of the pain relief such as drowsiness,’ Mrs Jaquez said. 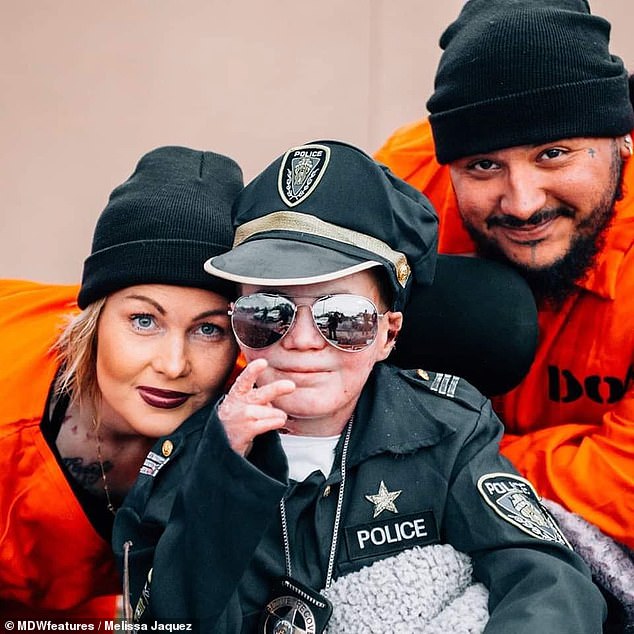 Marky is pictured dressing up as cops and robbers with his parents. His pain and limited movement means he spends most of time indoors, watching movies and listening to music 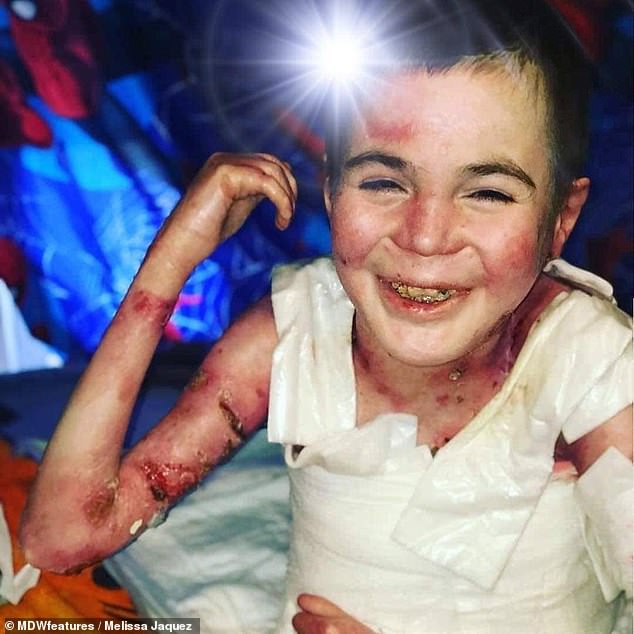 Marky is a ‘joyful person’ who ‘treats every day as if it is a blessing’, according to his mother

Despite all he has endured, Marky manages to stay positive.

‘Sometimes Marky’s condition affects him mentally but, overall, he is a very strong and happy person,’ Mrs Jaquez said.

‘He has faith in God and gains a lot of support through the church. Every time the bandages have been changed; he would say Jesus gave him the strength to suffer through the pain.’

The pain Marky endures on a daily basis, combined with his limited movement, forces him to spend most of his time indoors.

‘There will be times where he says he’s tired of being in pain and gets very sad. He sometimes wishes he could walk and run with the other kids outside.

‘But mostly he’s a very joyful person who treats every day as if it’s a blessing.’

Mrs Jacquez posts about her son’s condition on her Instagram page @Melissa-2010 to help raise awareness of RDEB.

She is also raising money to help care for her son via a GoFundMe page. 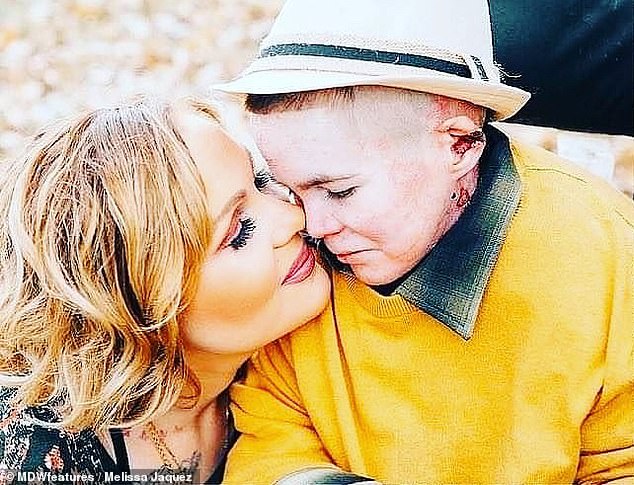 Mrs Jaquez (pictured with Marky) gave up her job as director of her local social services to care for her son. This includes changing his bandages, cleaning his wounds and managing his drugs 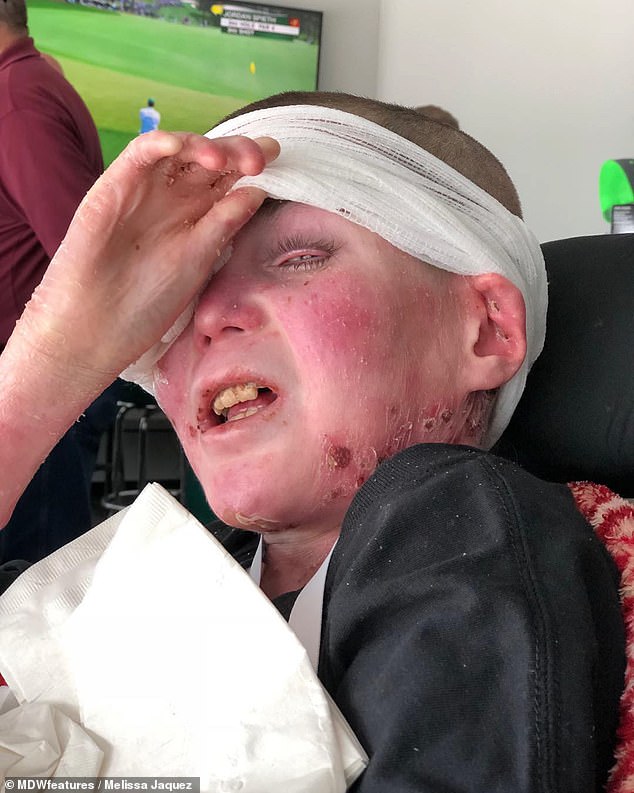 Despite his positive attitude, the pain can get too much for Marky, who is pictured suffering from very dry skin and swelling around his eye. But ‘overall he is very strong’

WHAT IS EPIDERMOLYSIS BULLOSA?

Epidermolysis bullosa (EB) is a general term used to describe a group of rare, inherited disorders that cause the skin to become very fragile.

Any trauma or friction causes patients’ skin to blister.

It affects around one in every 50,000 people worldwide.

Around 40 per cent of sufferers do not survive the first year and most do not live beyond five years old.

The three main types of the disorder include:

Most cases are obvious from birth.

EB occurs due to faulty genes, which can be inherited or occur spontaneously.

There is no cure.

Treatment focuses on relieving pain and treating complications, such as infections or skin cancer.

Source: NHS Choices and the National Organization for Rare Disorders

Tags: 'butterfly, accused, burning, had, Her, Mother, of, skin, Sons, Was, who
You may also like 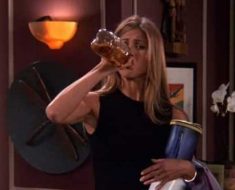 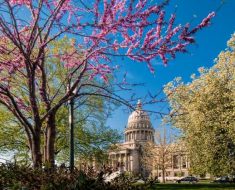 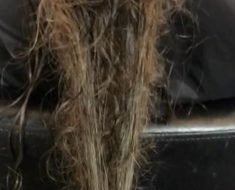