When five-year-old Cambelle binned her Curvy Barbie for being “too big,” her mother, Allie, clapped back in the best way possible.

Taking to Instagram, the body positivity campaigner from Florida, shared the conversation between her and the youngster.

“Can you tell me why you threw away one of your perfectly good toys?” Allie asked.

“Because I don’t like her. Her arms aren’t right. Her legs are too big. She doesn’t look like my other Barbies and she doesn’t fit into any of the clothes except this one outfit,” Cambelle responded.

Dumbfounded, the mum-of-two found herself relating to the inanimate object.

“I was paused. I was speechless. I honestly felt some tears start welling in my eyes,” she wrote.

“It was as if Curvy Barbie’s life was a reflection of the way I felt for SO long being a plus size woman in a thin woman’s world.”

“I always felt like my arms weren’t right, my legs were big, and anywhere I went, nothing fit. For a very long time, I allowed those perceptions and the constrictions of society make me feel as if I was the trash. Much like myself, Curvy Barbie is still living in a thin Barbie world.”

6️⃣ fun facts you totally wouldn’t know about our family dynamic just by looking through my feed: Ready?! 1️⃣ Cambelle tells everyone she was born in a pool as soon as she meets them 2️⃣The words “weenie” and “vagina” are uttered more times a day than I care to admit 3️⃣At any given moment at least two people in our family are naked 4️⃣ My response to my husbands nightly question of “what’s for dinner” is almost always “well, I have some chicken ?‍♀️” 5️⃣ My kids go to bed at 730 (#winning)- we pray every night before bed and see who can give the tightest hug and biggest kiss 6️⃣ You can find my husband and I in the hot tub at approx 740 ? Feel like sharing one? Or just totally relate to one of mine?! Drop a note in the comments ???? Just do you babes! Xoxo Allie

Instead of shying away from a difficult conversation, she proceeded to ask her daughter how Barbie would be feeling now she’d been consigned to the bin.

“I think she feels sad and crying,” she said.

Allie went on to explain that no one – toy or otherwise – deserves to be treated differently because of their appearance.

“We have to be kind to everyone,” Cambelle agreed.

In the end, she decided to fish Barbie from the trash, wash her off and dress her ready for play.

“Mama what should we call these” she asked as she pointed to the cellulite on my thighs. “Hmmmm I’m not sure, what do you think they look like?” Running her soft hands across my leg, “I think they feel like the waves. It’s like you have the ocean on your legs!” ___________ It’s easy for our own insecurities to blind us from seeing our bodies, and other bodies, with acceptance…and even admiration. I grew up hating every little lump on my thighs, because everyone and everything told me they were wrong and disgusting. I remember putting on coffee grinds and sitting with plastic wrap on them for hours while alone after school just to try to erase them. I could have told her with disgust and disdain that my legs were covered in cellulite and that I apologize in advance but you’ll have this too…and you know what? She would have decided in that moment that it was bad, and wrong, and unwanted. But: I let her define for herself… and instead of hate, she chose love. Because we are born with love in our hearts, in our souls, in our minds, in our bodies. And we have oceans on legs. Double tap if you are an ocean too! Just do you babes! Xoxo Allie

Allie believes it’s this kind of incident that should be taken as an ideal opportunity to teach children about the importance of self-love and body positivity.

“Each time I am put in a position where I can ignore these early signs for body image issues and pass them off as ‘oh, she’s just a kid playing with her Barbies, maybe she really just doesn’t like this one, it doesn’t REALLY matter’ OR I can make a conscious effort to help her dissect how she’s feeling, allow her to explain her discomfort, and give her a new loving perspective. Just do you!”

Unsurprisingly, the post immediately went viral, garnering thousands of likes and hundreds of supporting comments in a matter of hours.

“Instead of ignoring the situation you took this opportunity and used it as a teachable moment and you let her express herself.”

“This is so important for young children. Give yourself a pat on the back,” added another. 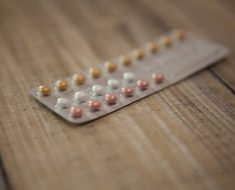 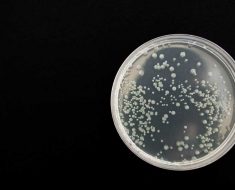 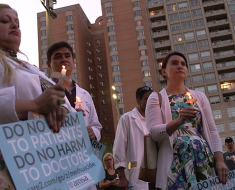 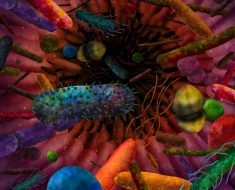 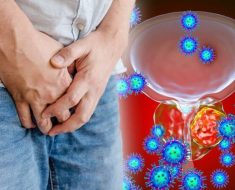