Smoking triggers refer to the situations in which a smoker who is trying to quit wants to smoke.1 For example, if someone has a cigarette with their morning coffee, coffee can trigger the urge to smoke. To make it easier to quit smoking, it’s a good idea to identify the circumstances that trigger cigarette cravings and learn how to cope with those situations without lighting up.

Most people who smoke, do it during specific times or activities. Someone who lights up after eating or while having a glass of wine is following a pattern. When they try to quit smoking, doing something routine like having a cup of coffee can trigger the urge to smoke. Other examples of pattern triggers include, among others, having sex, talking on the phone, taking smoke breaks at work, and watching television.

To cope with pattern triggers, try to forge different patterns. If you sit down and have a cigarette with a cup of coffee, try doing something different. Have your morning coffee during a time when you can’t smoke. For example, when you’re on the train for your daily commute or sitting at your desk at work or school. If the urge to smoke with coffee is too strong, eliminate morning coffee, at least temporarily.

If you smoke while watching TV, try finding something else to do with your hands. Take up a hobby or doodle on a drawing pad. Instead of smoking after a meal, wash dishes or tidy up the kitchen.

If you find ways to keep active and busy, it can help you to break certain triggers.

When people smoke when they’re out with friends at a bar or a concert, they’re following a social trigger. Joining other smokers for a cigarette break at work, or even talking to someone who is smoking outside is enough to set off a craving. Social triggers happen when an individual is in a setting where others are smoking and they want to smoke too.

To eliminate social triggers, avoid putting yourself in situations where you want a cigarette. Don’t allow people to smoke in your home or car, and ask them not to smoke around you. Avoid the workplace smoking area, and only go out with non-smoking friends to non-smoking places until you’re confident you won’t smoke if the situation presents itself.

Instead of reaching for cigarettes, find other ways to soothe yourself during emotional times. Meditate, go for a walk, or ride your bike. Put on some headphones and listen to music that makes you happy or call a friend who makes you laugh. Do something that lifts your mood.

The withdrawal symptoms associated with smoking cessation also trigger cravings.2 People who are quitting cigarettes find themselves with a strong desire to taste or hold a cigarette. Often the urge to smoke as a result of withdrawal is strong.

The urge to smoke doesn’t last very long. Find ways to distract yourself from your cravings until the urge passes. Find people to talk to or chew some sugar-free gum. Drink some water or brush your teeth.

Identifying and eliminating triggers can help with the quitting process. Smoking cessation may mean a change of routine and lifestyle. Ask friends and family to support you in your new routine, and they will help to talk you to forge new, healthier habits.

Cigarette cravings usually last for five minutes.3 Keep reminding yourself that it’s temporary and you’ll get through it!

3 “How to Manage Cravings” Smokefree.gov, https://smokefree.gov/challenges-when-quitting/cravings-triggers/how-man….

Tags: CardiovascularHealth, HealthInfo, LivingTobaccoFree/Smoking, lungcancer
You may also like 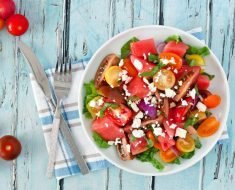 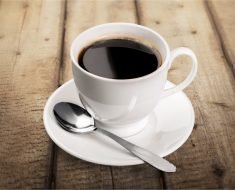 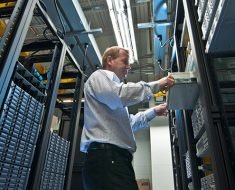