The articles were mainly in the supermarkets Edeka, Marktkauf and Netto have been offered. Consumers would get a full refund. 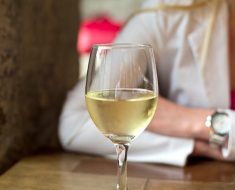