A root extract of the Fallopia multiflora, or Chinese knotweed, has special properties: it enables the nematode C. elegans to live longer and protects it from oxidative stress. This has been demonstrated in a new study by nutritional scientists at Martin Luther University Halle-Wittenberg (MLU). The researchers provide scientifically substantiated evidence for the effectiveness of this extract, which is primarily used in traditional Chinese medicine and as a dietary supplement. At the same time, they have identified molecular signalling pathways that could be responsible for the extract’s effect.

Their study was recently published in the international scientific journal Plants.

The Chinese knotweed is very popular. Many suppliers sell extracts and powders of this plant as dietary supplements and advertise the rejuvenating and particularly health-promoting effect that the products supposedly possess. However only a handful of scientifically based studies have examined its effects. “Most studies have only focused on the primary active ingredient of the plant extract. But it actually contains many different substances whose combined efficacy has not yet been thoroughly researched,” says nutritional scientist Professor Wim Wätjen from MLU. His research group has been studying the plant, its ingredients, and their possible effects for several years.

In the current study, the researchers from Halle examined whether the much-praised anti-ageing effects can actually be proven. They administered a high amount of the extract to the nematode C. elegans, a model organism frequently used in the bio- and life sciences. “Most earlier studies investigated the effects of the plant on isolated cells or in a test tube; we wanted to study it in a living organism,” explains Wätjen. When the highest concentration was administered to the worms, 1,000 micrograms per millilitre, various effects were observed: The lifetime of the worms was extended by almost 19 per cent. For C. elegans this corresponds to an increase of about three days. In two further tests, the scientists investigated the extent to which the drug also protects the worms from oxidative stress or heat stress. Even though the extract did not improve the survival rate of worms in hot conditions, it was found to reduce the formation of harmful oxygen radicals and protect the animals significantly better against elevated oxidative stress.

In the next step the researchers repeated the tests with worms whose genetic material had been specifically altered at certain sites. This switched off special proteins that are critical for ageing. “If the genes responsible for producing the proteins DAF-16 or Sir-2.1 were defective, the positive effects of the root extract were also significantly lower,” says Wätjen. A longer lifespan could only be observed if all proteins functioned properly. “This confirms that ageing is a complex process that depends on many factors,” says Wätjen.

The results of the new study fit in well with previous studies: The primary component of the root extract is a substance that has a similar structure to resveratrol. “This substance is found in grapes, for example, and is known to activate a special class of enzymes called sirtuins. These have long been considered the most important substances for controlling the body’s ageing process,” says Wätjen.

The new study provides clues on how plant-based ingredients intervene in basic mechanisms and signalling pathways of ageing which can serve as a basis for further research. However, the findings cannot be transferred directly to humans. Although the basic principles and signalling pathways in other organisms may be similar, says Wätjen, subsequent studies are needed to clarify whether the effects observed in C. elegans can also be demonstrated in other organisms. In the future researchers in Halle will investigate the protective effect the extract has on the development of plaques in Alzheimer’s disease. 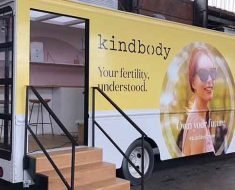 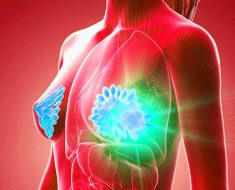 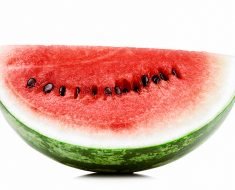