At 41 weeks pregnant with her first child, TV presenter and lifestyle blogger Sally Obermeder was diagnosed with a rare form of aggressive breast cancer. Five years on, the 43-year-old has spoken candidly with Mia Freedman on her No Filter podcast about what the gruelling recovery process involved.

Only 10 days after her daughter Annabelle was born, Sally started eight months of intense chemotherapy. She was only able to endure one mastectomy at a time because she was so weakened by the treatment.

“For six months I had one breast,” Sally says. “It was awful.”

loved up and feeling very blessed ❤️ my love to the mums, and also the aunties and godmothers and all the amazing women who help shape and influence our children. To anyone who yearns to be a mum and it hasn't happened yet, sending you my love … I remember how hard these days can be. ❤️❤️ hugest love to my American angel, Rach, for giving me the gift of becoming a mother of two. ❤️❤️❤️❤️

After further radiation therapy, her other breast was removed and the reconstruction process began. While many women opt for implants, Sally was warned against that option.

“[The doctors] were worried that if the cancer came back and I needed to go back into treatment, they didn’t want my body to reject the implants and for there to be a reason for me to need more surgery,” she said. “Chemo and surgery don’t go well together.”

when you meet your mum for a coffee and she pinches the baby and leaves you to walk home with an empty pram ????

She then had TRAM flap surgery, which involves the removal of muscle in your lower abdomen to reconstruct the breast.

“They take all the tissue from your stomach and, in my case, from my back…and they use it to build your breasts,” Sally said on No Filter.

“So they basically make your breasts out of real tissue.”

Sally is now in remission and welcomed her second child, Elyssa, via surrogate earlier this year.

Tags: about, cancer, from, Gruelling, Her, Obermeder, Opens, recovery, Sally, up
You may also like 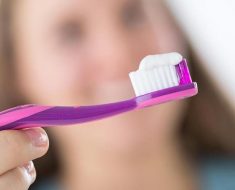