Sarah Stage became known as “six-pack-mom” due to flaunting her six-pack abs while she was pregnant with her first son. Stage’s extremely fit figure throughout her pregnancy caused an uproar on social media.

Just six months after giving birth to her second son, Sarah Stage once again looks incredibly fit and trim. According to the Daily Mail, the mother-of-two has revealed that she is finally ready to get more active in the gym. The 34-year-old model took to Instagram and said that she is slowly getting “back into the swing of things” after taking the last six months learning to juggle being a mom of two children.

“Slowly getting back into the swing of things. I’ve focused the past 6 months on trying to balance being a mom of two and I’m ready to really get back into beast mode at the gym!”

Sarah said that she still had a long way to go when it comes to strength and endurance. The fitness guru said that she was unable to workout as hard due to her C-section recovery, according to the Daily Mail. However, she was able to bounce back to her pre-pregnancy weight just weeks after giving birth, thanks to a healthy diet.

EDIT: congrats to the winner @_mollyjacqueline

Sarah and her husband, Kris Jason, already share a 3-year-old son together named James. The happy couple welcomed their baby boy, Logan Alexander, in October of 2017.

Last weekend, the proud parents kicked off James’ birthday celebration with a family trip to Disneyland.

Over the weekend, Sarah and Kris threw another bash for James. The toddler had a train-themed birthday party at Travel Town Railroad Museum in Los Angeles. The mom-of-two thanked family and friends who attended their son’s third birthday party.

“Jamesy’s 3rd bday party… Thanks to our friends and fam who came and celebrated with us!”

Jamesy’s 3rd bday party ???? scroll for more pics . Thanks to our friends and fam who came and celebrated with us! Table decor & desserts/cake @sweetnothingscakeshop @beyondperfectionevents Pic : @kent.la

Earlier this month, Sarah had an epic maternity photo shoot in with baby Logan.

Sending love and support to ALL the mamas out there. For as rewarding as motherhood can be, it’s also challenging but we are all doing our best! Comment a ❤️ if you agree to show your support. Pic: @ivetteivens

Both of Sarah’s pregnancies created tons of chatter among social media users. When Sarah was eight-months pregnant she had a toned and nearly flat belly that was hidden by her very defined abdominal muscles.

Many social media users were outraged by the photos that Sarah posted on Instagram because many claimed that there was no way Sarah could have a healthy baby at her size.

In her third trimester, Sarah performed squats, side-planks, and other exercise moves while her son, James Hunter, played nearby.

“Since I’ve announced my second pregnancy, I’ve had certain ‘Instagram medical experts’ tell me what I should and shouldn’t do… While I find some of the comments hilarious, I choose to only listen to my OBGYN and of course I also listen to MY body.”

As I’m nearing #8months I’ve wanted to share what’s been on my mind. Since I’ve announced my second pregnancy, I’ve had certain “Instagram medical experts” tell me what I should and shouldn’t do.. And while I find some of the comments hilarious, I choose to only listen to my OBGYN and of course I also listen to MY body. If something feels off, I don’t do it! I always do what’s best for my growing baby and put him first! It’s a proven medical fact that continuing exercising while pregnant has many health benefits for you and baby ???????????????? Clearly, I have greatly reduced the intensity of my workouts and stick to at home home exercises from my Fitness Ebook 2-3x a week. There are also some people who assume that since I am exercising while pregnant, that I’m obsessed with how I “look” but in fact I’m obsessed with maintaining a healthy lifestyle that will give my baby and myself the best possible quality of life ???? Alternatively, I don’t judge anyone who chooses to not be active while pregnant etc. as it’s their own life… I’m just sharing my pregnancy journey and appreciate the positive support from most of you ❤️ #thirdtrimester #7monthspregnant #8monthspregnant

Sarah said that “if something feels off” while she exercises, she will not do it. Stage said that she has always done what is best for her children and will put her growing baby first.

Stage went on to explain that the reason she is working out is for health benefits, not aesthetic purposes. Stage said she is not obsessed with her looks, she is obsessed with maintaining an active and healthy lifestyle before, during, and after her pregnancies. 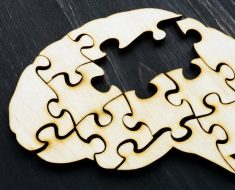 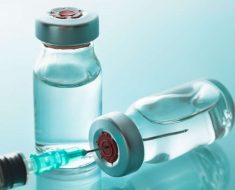 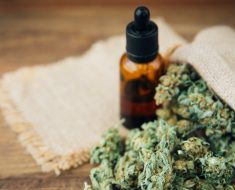 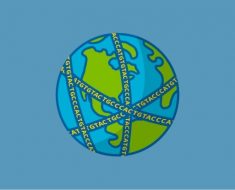