A preprint study, showing that vitamin D (calcifediol, [25(OH)D3]) given to patients hospitalized with COVID-19 reduces mortality by 60%, has been met with a raft of criticism from experts who urge caution when interpreting the results.

Despite being published as a preprint on January 22, The Lancet has now rejected the paper in its current form, and the authors, led by Natalia García Giralt, PhD, from the Autonomous University of Barcelona, Spain, told Medscape Medical News that they are now responding to reviewer comments, and reanalyzing and rewriting the paper.

The preprint of the Barna-COVIDIOL study reported that 36 of 551 (6.5%) patients treated with calcifediol at admission died, compared with 57 of 379 (15%) controls who did not receive calcifediol (P = .001, for difference in mortality).

The preprint results led a British politician, David Davis, MP, to call for widescale use of vitamin D in patients with COVID-19. On Twitter he said: “The findings of this large and well conducted study should result in this therapy being administered to every COVID patient in every hospital in the temperate latitudes.”

Davis — whose conclusions, say experts, illustrate the danger posed by nonpeer-reviewed scientific papers — added that “the clear relationship between vitamin D and COVID mortality is causal…the UK government should increase the dose and availability of free vitamin D to all the vulnerable groups.”

Don‘t Completely Write Off Study, but Many Limitations

Adrian Martineau, PhD, chief investigator of the CORONAVIT trial, the UK’s national clinical study of vitamin D supplementation to reduce risk and/or severity of COVID-19, told Medscape Medical News: “The results look very dramatic. If true, it would be game changing for COVID management with a micronutrient with virtually no side effects.”

“But upon scratching the surface, there are various opaque areas with reporting methodology that means a substantial health warning has to be placed on it.”

“I don’t want to write it off but there just isn’t enough information to make a judgement about validity of the results,” said Martineau, who is clinical professor of respiratory infection and immunity, Queen Mary University of London, UK.

The study “falls well short of a well-conducted randomized trial. Whilst many wish to believe vitamin D is the cure to COVID-19 or an exciting treatment, this ‘trial’ cannot allow any such inference,” he told the UK Science Media Center.

And Perry F. Wilson, MD, Yale School of Medicine, Connecticut, who hosts a popular Medscape blog and vlog (the Impact Factor), used his platform to explain why he is inherently suspicious of vitamin D studies.

“Low vitamin D levels have been linked to so many things…It’s either the most important vitamin in the world or it’s a stand-in for some other important thing,” he writes. “When we’ve tested all of these intriguing links via randomized trials, giving some people vitamin D and some placebo, they almost always showed no effect.”

His Twitter account dissects the new Spanish preprint, concluding: “Please, read skeptically. Pre-prints have been a boon in COVID times but this study is just…not well done. Be aware.”

It was a cluster rather than individual randomized trial, so all participants at one unit received the same allocated treatment. Eight wards, with a total of 930 patients, were included. Patients on five wards (530 patients) received calcifediol at time of hospitalization, and patients on three wards did not receive calcifediol.

Martineau expanded on what he sees as the study’s methodological flaws.

“Firstly, it wasn’t balanced in number, and secondly, we’d expect more clusters than this in such a trial. Also, cluster randomized trials require the data to be analyzed in a different way to what they’ve done.”

Also, the researchers did not register the study with clinicaltrials.gov before starting, which reduces their credibility and means there is no benchmark against which to assess outcomes, he said.

“This rings alarm bells. Most journals won’t send manuscripts out to review unless a trial is registered. The Lancet is one of the few that will,” he further explained.

Martineau also pointed out that 50 people originally in the control group changed to receiving calcifediol at ICU admission. “This is contamination. If the trial can have such a fundamental flaw it casts doubt on how well it was run.”

However, he noted that it would be unfair to “throw this study in the bin,” and suggested that a different approach to analysis was needed. “There could still be something in this, but it needs to be looked at properly.”

Other Vitamin D Studies in COVID-19

A search of ClinicalTrials.gov reveals there are close to 40 ongoing intervention trials with vitamin D in COVID-19 around the world for varying purposes, including prevention, and varying forms of treatment.

Whether vitamin D is helpful in preventing infection, reducing disease progression, and reducing mortality in patients with COVID-19 remains unknown.

It has been postulated that, in COVID-19, vitamin D could decrease proinflammatory cytokine production and associated acute respiratory distress syndrome, and the consequent need for critical care.

A 2017 systematic review and meta-analysis from the pre-COVID-19 era that looked at randomized controlled trials (RCTs), including over 11,000 participants, showed protective effects of daily or weekly vitamin D administration on the risk of acute respiratory tract infection.

One observational study published online last November, and reported by Medscape Medical News, found that vitamin D deficiency on admission to hospital was associated with a 3.7-fold increase in the odds of dying from COVID-19. Similarly, another study from Brazil published last December, found low vitamin D levels were linked with higher risk for severe COVID-19. However, vitamin D given to critically ill patients with COVID-19 did not lower their odds of requiring mechanical ventilation or dying.

And contrary to popular belief, it is possible to overdose on vitamin D.

One case report published online in 2019 found that very high doses of vitamin D [10,000 IU daily] caused kidney damage in a person who wasn’t deficient in the vitamin.

More recently, a news report on the US-based WHIO-TV website said Charles Opperman, MD, who runs a private medical practice in Washington Township, Ohio, had a COVID-19 patient who was hospitalized for excess vitamin D consumption.

“He attempted to treat it himself and that did not go very well,” Opperman said. “High calcium levels can lead to confusion, kidney stones, and ultimately hospitalization in this situation.”

The role of vitamin D in prevention and treatment of COVID-19 are currently being studied.

There are three registered prevention trials worldwide, one of which is the phase 3, randomized CORONAVIT trial. The UK study will look at whether vitamin D to correct suboptimal vitamin D levels reduces risk and/or severity of COVID-19.

“But none of these trials have reported yet, so the jury is out on prevention,” said Martineau, who leads CORONAVIT.

In terms of treatment with vitamin D, a small (n = 240) study published online February 17 in JAMA, led by Igor Murai, PhD, from the University of Sao Paulo, Brazil, found that a single high dose of vitamin D3 given upon hospitalization to moderate to severely ill patients with COVID-19 did not significantly reduce hospital length of stay compared with patients given placebo (median 7.0 vs 7.0 days; unadjusted hazard ratio for hospital discharge, 1.07).

“This was a small study in Brazil. The methodology is better [than the Barna-COVIDIOL study] and it has been peer-reviewed,” said Martineau.

“There is no statistically significant result. Interestingly, though, the proportion of people who required mechanical ventilation was 7.6% in the vitamin D compared to 14.4% in the control arm. The P value is 0.09, but that’s due to the small size of the study.”

“Vitamin D sceptics might write this off, but vitamin D enthusiasts might highlight the 50% reduction,” Martineau remarked. “I say wait for more trials.”

He added that, in comparing the two studies, it is worth noting that the Barcelona-based study gave a metabolite of vitamin D called calcifediol that boosts circulating levels more quickly and to higher levels, compared with a standard form of vitamin D called colecalciferol, used in the JAMA study in Brazil. “This might have made a difference.”

An editorial accompanying the JAMA study highlights a number of study limitations.

“Third, only 115 study participants (48.3%) had vitamin D deficiency. Fourth…they did not measure circulating levels of 1,25-dihydroxyvitamin D, the active form of vitamin D,’ they write.

The editorialists note the importance of keeping an open mind about the role of vitamin D in COVID-19, but stress that the Brazilian results “do not support routine administration of vitamin D in hospitalized patients with moderate to severe COVID-19.”

Overall, Martineau remains cautious. “There is a modest protective effect of vitamin D in terms of prevention of respiratory infections,” he noted.

But regarding vitamin D and COVID-19, he said, “We have been here before with vitamin D and been disappointed. For years, I studied the use of the vitamin in aiding the recovery from tuberculosis, but the results were underwhelming. It is plausible that it could work but we need good RCTs.”

Martineau is chief investigator of the CORONAVIT trial. Bouillon has reported receiving small lecture or consultancy fees from Fresenius, Abiogen, Faes Farma, and Proctor & Gamble. The authors have reported no relevant financial relationships. 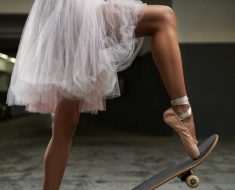 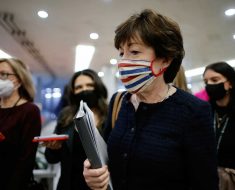