Stimulated emission depletion (STED) microscopy relies on the controlled excitation of a series of emitters followed by their subsequent depletion for super-resolved imaging.

STED is a form of super-resolution (SR) fluorescence microscopy. SR microscopy has been ground-breaking for the biomedical research community as it enables high-resolution imaging beyond the diffraction limit. Prior to their development, conventional wide-field imaging produced blurred, low resolution images which were unable to show specific molecular interactions. The 2014 Nobel Prize for Chemistry was awarded to some of the scientists who developed these techniques.

Whilst working at the University of Turku in Finland, Stephen Hell and his colleagues developed STED microscopy. STED has a similar setup to that of a confocal microscope. The technique makes use of a depletion beam with a doughnut-shaped focal spot which is overlapped by an excitation focal spot. This enables the controlled targeting of fluorophores and prevents peripheral fluorescence allowing super-resolved imaging to be achieved.

Dendritic spines protrude from the surfaces of dendrites. They contain neurotransmitters and signalling systems required for synaptic transmission and plasticity. It is assumed that there is a large amount of functional diversity between dendritic spines due to the vast assortment of shapes and sizes that have been observed. However, the morphology of these spines can quickly change based on activity-dependent and activity-independent mechanisms. Due their dynamism and size (0–2 µm in length), spines are best observed in vivo. Live cell imaging using STED has made it possible for the interactions between spines to be observed  due its imaging capabilities at less than 70 nm. A 2010 study was able to examine the subtle interactions between them in the cerebral cortex of a living mouse.

The Nodes of Ranvier are the unmyelinated regions of neurons. When healthy, they allow for the propagation of action potentials at faster speeds. Dysfunction at these regions is associated with a variety of neurodegenerative diseases and conditions affecting the central nervous system such as multiple sclerosis, stroke and spinal cord injuries. Glial and axon cells are known to have strong interactions at the Nodes of Ranvier. Therefore, these regions are awash with axonal and glial proteins. A 2017 study was able to observe 12 types of these proteins and determine the alignment and interaction between these proteins in the cytoskeleton of both glial and axonal cells. Prior to this study, the molecular organization of these proteins at the nanoscale was unknown. This could potentially lead to future studies which observe the structural architecture at the Nodes of Ranvier and its effect on pathogenic mechanisms of various neurodegenerative diseases.

The interactions between proteins and lipids in the plasma membrane are thought to be crucial for a plethora of membrane-associated processes. However, many of the structural characteristics of the plasma membrane are less than 200 nm in size. Therefore, observations of various structures like protein clusters and lipid rafts are unable to be achieved using conventional forms of microscopy. Through the use of STED microscopy, protein clusters smaller than 70 nm in size have been observed.
Fluorescence correlation spectroscopy (FCS) is a correlation analysis of spatial and temporal fluctuation of fluorescence intensity. When applied to STED, it enables a fine-tuning of the technique. The use of STED-FCS has allowed for the mapping of the mobility of lipid analogues at multiple areas in the plasma membrane with super-resolved imaging. This would not have been previously possible as STED would only produce imaging from individual focal spots.

STED has already proven itself as an invaluable tool in neurobiology and membrane biology but for the future its applications may be found further afield. The use of STED will help reveal a plethora of cellular processes and help find answers to questions regarding nanoscale interactions and structural organization.

Maryam is a science writer with a passion for travel. She graduated in 2012 with a degree in Biomedical Sciences (B.Sc.) from the University of Manchester. Maryam previously worked in scientific education and has produced articles, videos, and presentations to highlight the association between dietary choices and cancer. She produces a range of articles for News-Medical, with a focus on microbiology and microscopy.

Tags: Stimulated Emission Depletion (STED) Microscopy in Research
You may also like 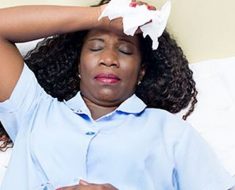 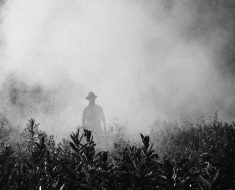 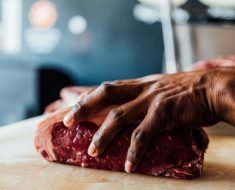