‘I’m not a burns survivor, I’m a burns thriver!’ Teenager who felt ‘like a MONSTER’ after suffering 95% burns to his body in a house fire as a child finally embraces his disfigured body

A teenager who was left feeling like a ‘monster’ after a house fire covered 95 percent of his body in burns has finally learnt to love himself.

Johnny Quinn, now 18, was just four years old when his family’s dog knocked over a candle in the back garden shed he was playing in.

He was only saved when his older sister Leah, who was babysitting Mr Quinn, pulled him out of the blaze.

Mr Quinn, from Millington, Tennessee, has since endured more than 80 reconstructive surgeries and even battled anorexia as he struggled to accept his appearance.

After convincing himself everyone was scared of him, Mr Quinn eventually learned to embrace his disfigured appearance as something that made him unique.

‘Instead of looking in the mirror every day and seeing something I hated, I started seeing what I could enhance and what I could accept,’ he said.

‘When you’re a burn survivor, you’re just surviving but I like to call myself a “burn thriver” now because I’m actually thriving with my burns.’ 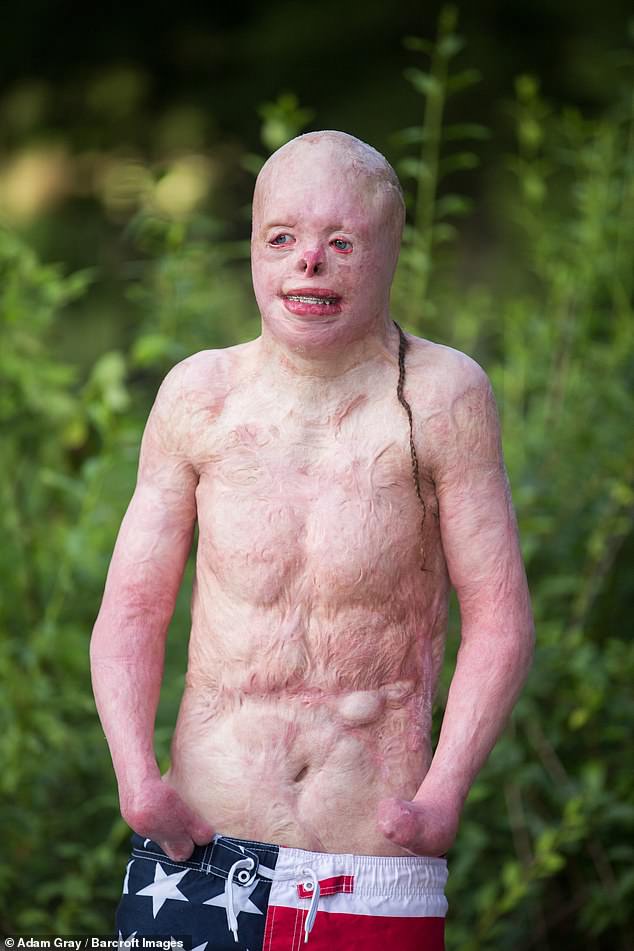 Johnny Quinn was left feeling like a ‘monster’ after a house fire covered 95 per cent of his body in burns. Pictured at a pool party for his birthday on June 23, Mr Quinn was just four years old when his family’s dog knocked over a candle in their back garden shed, causing the blaze 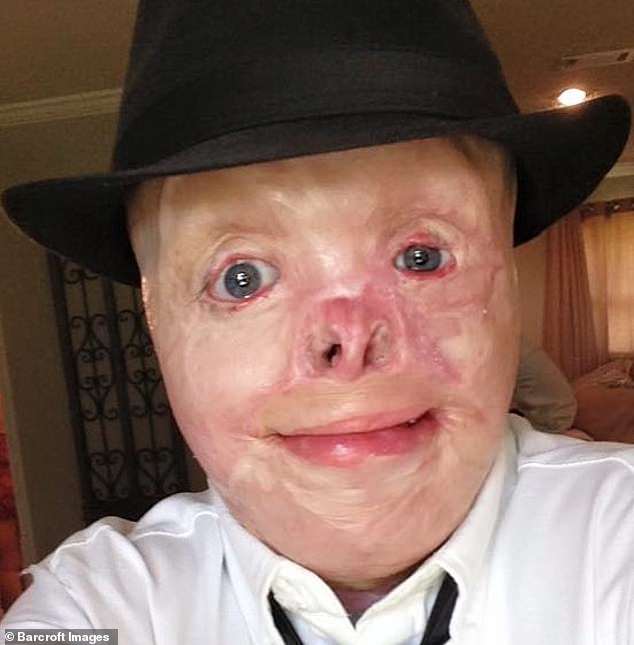 Mr Quinn, pictured at home taking a selfie, has endure more than 80 reconstructive surgeries. The burns cover most of his body, including his arms, legs, torso and face 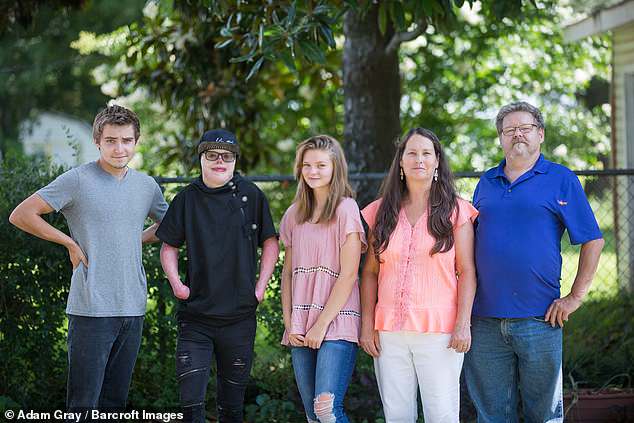 After years of self-hatred, Mr Quinn eventually learned to accept what he saw in the mirror. Pictured are his brother Micah, sister Susanne, and parents Andra and Allan on June 23

‘So many people stare at me, every single day, every time I’m in public. That used to really get to me,’ Mr Quinn said.

‘After my accident, it was so much worse even than the physical burns that I had been through.

‘Now I try to look at everything with a different perspective.’

Leah, whose age is unknown, was babysitting her siblings when she heard her little brother’s screams.

After several attempts to find him, she finally realised his cries were coming from the burning shed.

Leah said: ‘That day brings back a lot of different memories, feelings that are difficult to deal with – stressful, panic, terrified.’

Growing up, Mr Quinn tortured himself over what happened.

‘Why did I even survive? Why didn’t I just die in the fire? I questioned that all the time,’ he said.

‘I didn’t understand, until I was older, all of my troubles started when I was 10 and 11.

‘I was becoming a teenager and appearance started to matter to me. I started to realise I really don’t look normal. I really started to hate what I looked like.’ 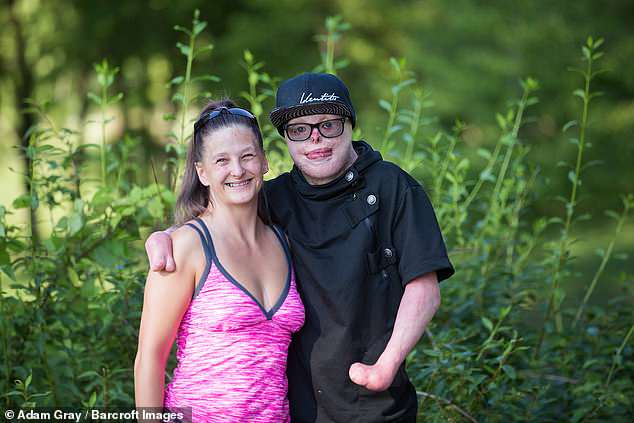 Mr Quinn’s sister Leah Cochran (pictured) was babysitting her siblings when the fire happened. After hearing his cries, she saved his life by pulling her brother out of the blaze 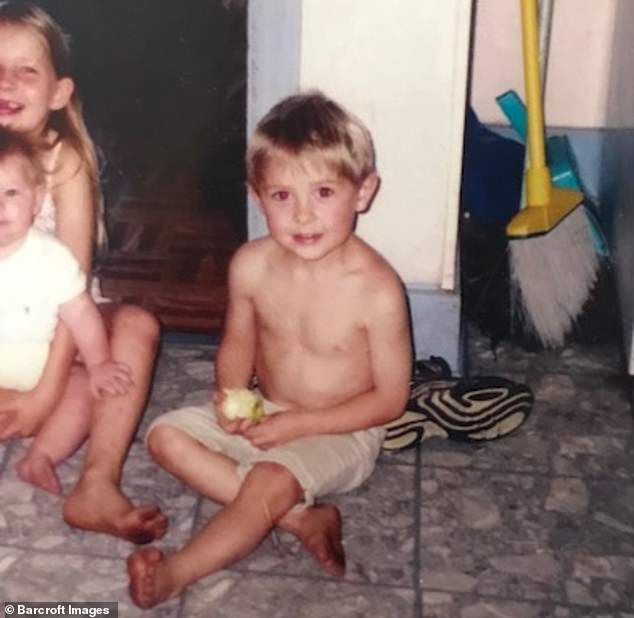 Burns are damage to the skin caused by dry heat, such as a iron or a fire.

This is different to scalds, which occur due to a wet heat like hot water or steam.

Burns can be very painful and may cause:

But the amount of pain a person feels is not always related to how serious the burn is.

Even a very serious burn can be painless.

To treat a burn:

Pregnant women, children under five, the elderly, those with a weak immune system and people suffering from a medical condition, like diabetes, should also go to hospital.

Treatment depends on what layers of the skin are affected.

In severe cases, a skin graft may be required.

For a long time Mr Quinn felt like a ‘monster’ and his self-hatred eventually manifested as anorexia.

‘I felt that I was genuinely a monster and I shouldn’t have friends, because everyone was scared of me and I didn’t deserve them,’ he said.

‘I kept all this turmoil inside of me for so long, it turned into anorexia. Where I didn’t even want to take care of my body anymore, where I just stopped eating. 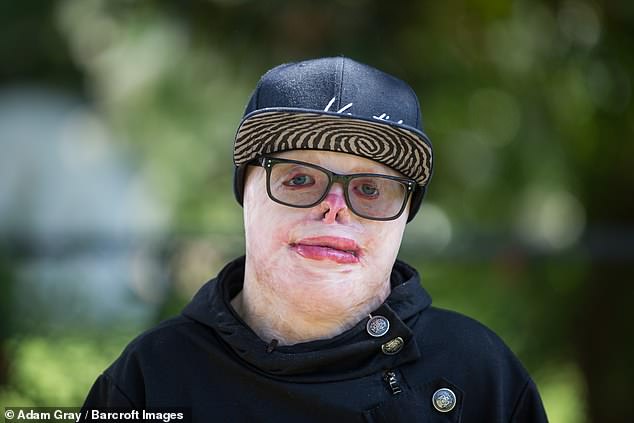 As a young teenager, Mr Quinn was so ashamed of his appearance he developed anorexia 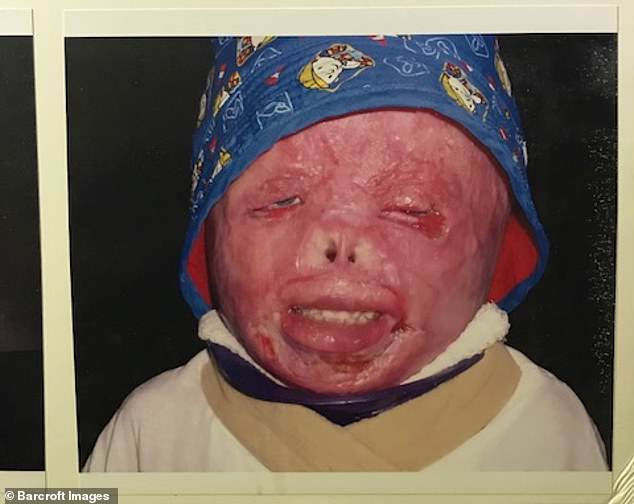 But with time, Mr Quinn, who attends college, began to embrace his unique appearance.

‘I realised that confidence is a habit, it’s not a personality trait, it’s something you have to work at,’ he said.

Mr Quinn is working with the Courageous Faces Foundation and hopes to pursue a career in modeling.

The foundation was created to raise awareness of people with physical and mental differences, as well as to promote fair treatment and equal opportunity.

‘A lot of people call [us] a burn victim and I was totally a burn victim too, somebody who let their situation have control over their life.

‘I want to be the person who changes people’s minds, that they can be comfortable in their own skin if I can be.’ 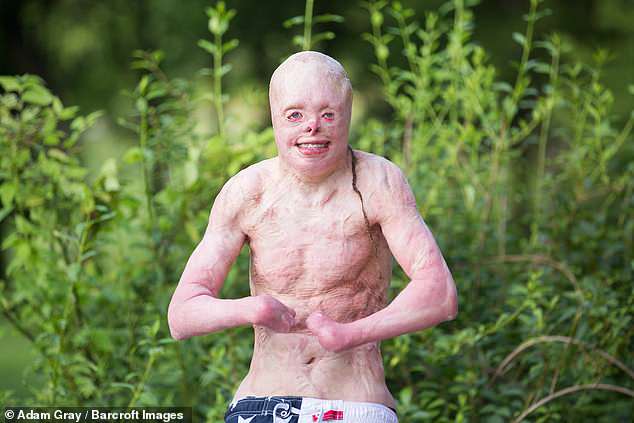 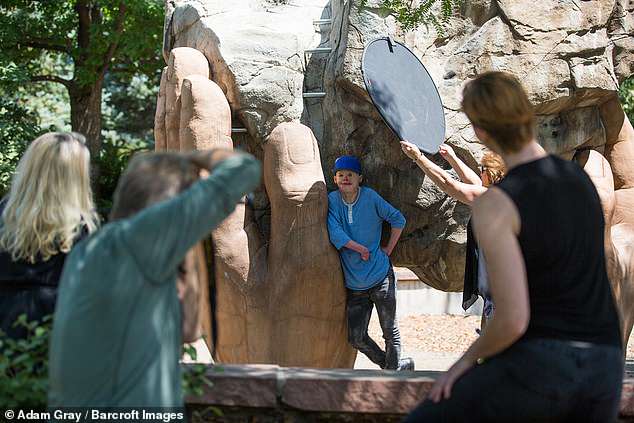 Hoping to pursue a modelling career, he is pictured on a photo shoot for the Courageous Faces Foundation, which aims to raise awareness of those with physical differences 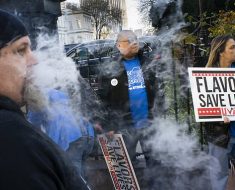 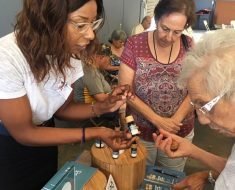 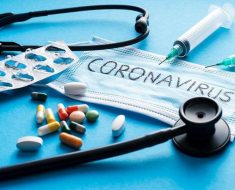 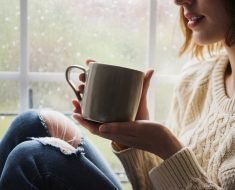