Liver stem cells that express high levels of telomerase, a protein often associated with resistance to aging, act in mice to regenerate the organ during normal cellular turnover or tissue damage, according to a study by researchers at the Stanford University School of Medicine.

The cells are distributed throughout the liver’s lobes, enabling it to quickly repair itself regardless of the location of the damage.

Understanding the liver’s remarkable capacity for repair and regeneration is a key step in understanding what happens when the organ ceases to function properly, such as in cases of cirrhosis or liver cancer.

“The liver is a very important source of human disease,” said professor of medicine Steven Artandi, MD, PhD. “It’s critical to understand the cellular mechanism by which the liver renews itself. We’ve found that these rare, proliferating cells are spread throughout the organ, and that they are necessary to enable the liver to replace damaged cells. We believe that it is also likely that these cells could give rise to liver cancers when their regulation goes awry.”

Artandi is the senior author of the study, which will be published online April 4 in Nature. Postdoctoral scholar Shengda Lin, PhD, is the lead author of the article.

The liver’s cells, called hepatocytes, work to filter and remove toxins from the blood. The liver is unique among organs in its ability to fully regenerate from as little as 25 percent of its original mass. Chronic alcoholism or hepatitis infection can cause cycles of damage and renewal that lead to irreversible scarring that impairs the organ’s function. But relatively little is known about how the organ regenerates, or which cells might be responsible for cancers.

“About 900,000 people die every year worldwide from cirrhosis,” Artandi said, “and liver cancer is the fifth-leading cause of cancer death in the United States. But our understanding of how the liver renews itself has languished in comparison to advances made in other organs.”

Telomerase is a protein complex that “tops off” the ends of chromosomes after DNA replication. Without its activity, protective chromosomal caps called telomeres would gradually shorten with each cell division. Most adult cells have little to no telomerase activity, and the progressive shortening of their telomeres serves as a kind of molecular clock that limits the cells’ — and, some believe, an organism’s — life span.

However, stem cells and some cancer cells make enough telomerase to keep their telomeres from shortening, effectively stopping the aging clock and allowing a seemingly unlimited number of cell divisions. Mutations that block telomerase activity cause cirrhosis in mice and humans. Conversely, mutations that kick telomerase into high gear are frequently found in liver cancers.

Lin and Artandi wondered whether they could use telomerase expression as a marker to identify the subset of cells responsible for regenerating the liver during normal turnover. These cells, they believe, could also serve as the cell of origin for liver cancer.

Lin found that, in mice, about 3-5 percent of all liver cells express unusually high levels of telomerase. The cells, which also expressed lower levels of genes involved in normal cellular metabolism, were evenly distributed throughout the liver’s lobules. During regular cell turnover or after the liver was damaged, these cells proliferate in place to make clumps of new liver cells.

“These rare cells can be activated to divide and form clones throughout the liver,” said Artandi, who holds the Jerome and Daisy Low Gilbert Professorship. “As mature hepatocytes die off, these clones replace the liver mass. But they are working in place; they are not being recruited away to other places in the liver. This may explain how the liver can quickly repair damage regardless of where it occurs in the organ.”

The fact that these stem cells express fewer metabolic genes might be one way to protect the cells from the daily grind faced by their peers, and to limit the production of metabolic byproducts that can damage DNA.

“This may be one way to shelter these important cells and allow them to pass on a more pristine genome to their daughter cells,” Artandi said. “They are not doing all the ‘worker bee’ functions of normal hepatocytes.”

When Lin engineered the telomerase-expressing hepatocytes to die in response to a chemical signal and gave the mice with a liver-damaging chemical, he found that those animals in which the telomerase cells had been killed exhibited much more severe liver scarring than those in which the cells were functional.

“You could imagine developing drugs that protect these telomerase-expressing cells, or ways to use cell therapy approaches to renew livers,” said Artandi. “On the cancer side, I think that these cells are very strong candidates for cell of origin. We are finally beginning to understand how this organ works.” 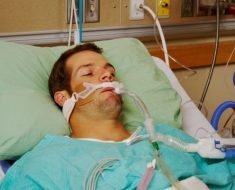