Home
Health News
The role of myostatin in female fertility

As scientists gain a better understanding of the mysteries of human physiology, the protein called myostatin (MSTN) has repeatedly been shown to play a central role in human reproduction. A new Reproductive Biology and Endocrinology study discusses some of the key functions of MSTN in female reproductive health and disease. 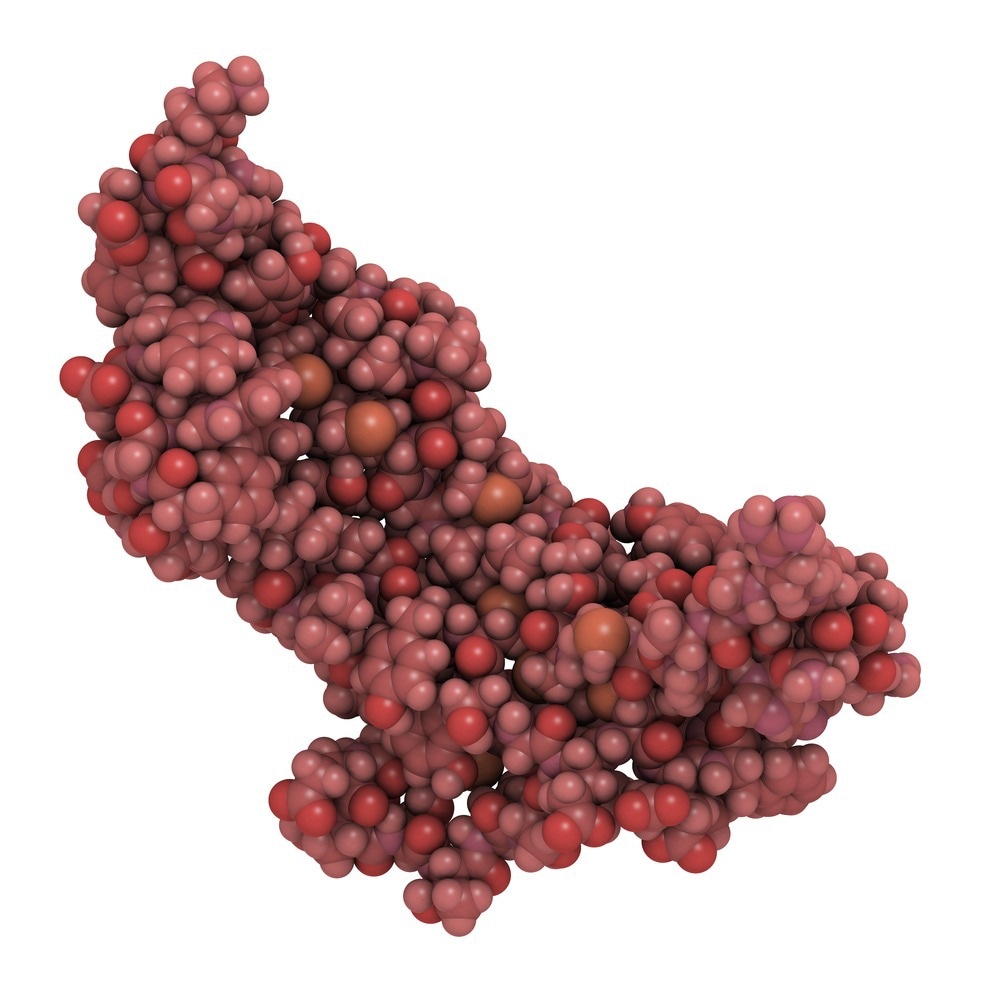 MSTN, which is also known as growth differentiation factor 8 (GDF8), is encoded on chromosome 2. This protein reduces skeletal muscle growth, thereby preventing the overgrowth of this tissue in several mammalian and piscine species.

AMH, BMP15, and GDF9 are found at high levels in the female reproductive system. Recently, MSTN has been found to have an important role in this system as well.

MSTN is expressed in the skeletal muscle of the developing embryo. Its level is highest at this time; however, it is also found at maturity.

Other sites of MSTN include the adipose tissue and heart. The absence of MSTN causes muscle cell hyperplasia.

MSTN acts through activin receptor type II or IIb on the cell surface, where it downregulates the proliferation and differentiation of muscle stem cells through several pathways. The outcome is reduced muscle fiber protein in adult life and, as a result, reduced muscle mass.

Other activities of MSTN include cardiac energy homeostasis and preventing ventricular overgrowth in response to ischemia and heart failure. In type 2 diabetes, MSTN is also upregulated, as in obese people with high insulin levels. With exercise, insulin sensitivity increases, thus indicating a role of MSTN in regulating the uptake and utilization of glucose by muscle cells.

MSTN levels are high in patients with cancer, heart or kidney failure, and acquired immunodeficiency syndrome (AIDS), during which this protein likely regulates the atrophy of muscle cells under stress. Elderly individuals and those confined to the bed for extended periods also have higher MSTN levels. 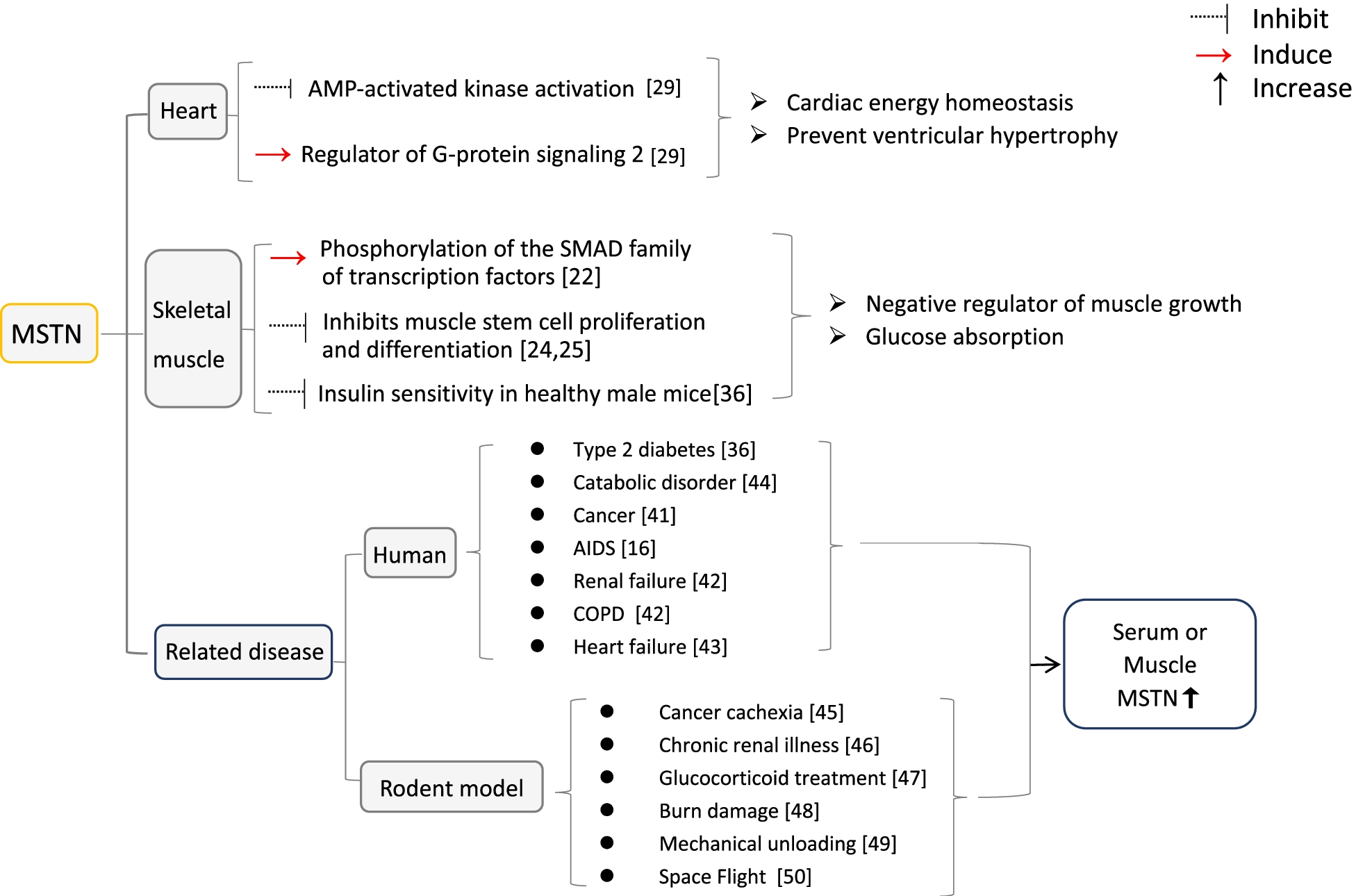 Summary of functions of MSTN

MSTN regulates ovarian function. Moreover, this protein may regulate the growth of the gonads, with its absence appearing to be associated with reduced fertility in animals. The rate-limiting enzyme in the steroid synthetic pathway, steroidogenic acute regulatory (StAR), is also downregulated by MSTN.

MSTN is present in ovarian granulosa cells that convert testosterone to estradiol through aromatase enzyme activity, as well as the follicular fluid, wherein it reduces progesterone concentrations. Whereas testosterone is synthesized by the ovarian theca cells, estradiol is essential in female reproductive physiology.

Thus, the effect of MSTN is likely an essential aspect of gonadotropin responses and sex hormone production.

An increase in CTGF also leads to higher levels of lysyl oxidase (LOX), an enzyme that is vital for the formation of the extracellular matrix (ECM). Therefore, CTGF is indispensable for the coordinated function of various cell types through hormones, as well as autocrine and paracrine factors within the ovarian follicle, thereby resulting in a mature oocyte.

MSTN is also essential for regulating the growth of cumulus cells, which form the complex containing the maturing follicle. This is regulated by hormonal crosstalk between the oocyte and its follicular cells.

MSTN inhibits pentraxin 3 (PTX3), which plays a central role in female fertility. PTX3 regulates the crucial process of ECM formation, thus ensuring proper expansion of the cumulus-oocyte complex, ovulation, and fertilization. MSTN may also be a regulatory factor produced by the ovary to regulate intra-ovarian processes.

MSTN, by increasing aromatase and estradiol levels within the granulosa cells, may be involved in the common and sometimes severe adverse effect of fertility treatment known as ovarian hyperstimulation syndrome (OHSS).

In OHSS, the stimulation of ovarian follicular development leads to enlargement of the ovaries. This results in the extravasation of fluid containing abundant protein from the blood into the extracellular space due to the hyperpermeability of the vascular wall. This increased vascular permeability arises as a result of the high concentration of human chorionic gonadotropin (hCG), which activates the blood vessel wall.

Since pre-hCG estradiol levels are higher in women who develop OHSS, the role of MSTN is evident and may help in the development of novel therapies for this condition in the future. Similarly, these findings may also assist in the treatment of polycystic ovarian syndrome (PCOS), which affects up to one in ten women of reproductive age and is responsible for up to 75% of infertility in women due to anovulation.

MSTN in follicular fluid is high in PCOS and subsequently reduces StAR expression and suppresses the expression of progesterone. Only obese PCOS patients have exhibited elevated MSTN levels, which may be associated with the inhibitory effect of MSTN on glucose metabolism in the granulosa-lutein cells.

MSTN levels predict pregnancy rates in patients who have undergone in vitro fertilization/intracytoplasmic sperm injection-embryo transfer (IVF/ICSI-ET). Implantation of the embryo could also be predicted by MSTN expression, as this molecule may inhibit the growth of both uterine smooth muscle cell growth and endometrial epithelium, thus regulating this important process.

These results demonstrate that MSTN plays a critical role in ensuring a successful pregnancy, emphasizing the possible involvement of MSTN levels in ovarian response during the COH [controlled ovarian hyperstimulation] process.”

MSTN may influence placental development by its effects on cytokines, which regulate trophoblast growth, differentiation, and invasion, all of which are essential for proper placentation of the embryo. During early pregnancy, MSTN acts to increase the level of follistatin-like 3 (FSTL3), which is a protein that binds to TGF superfamily members to suppress their activity, especially that of MSTN. Interestingly, FSTL is up to 20 times as high in the placenta as any other organ.

When FSTL3 is high in the placenta and blood during the second trimester, the risk of developing pre-eclampsia is higher. This could be a response to hypoxia of the trophoblastic cells and may help predict future pre-eclampsia and intrauterine growth restriction (IUGR). Conversely, low FSTL3 reduces trophoblast invasion.

MSTN is expressed at lower levels in the mature placenta than in early pregnancy. To this end, this protein regulates the homeostasis of glucose in the placenta and could help treat a wide range of conditions from placental insufficiency to gestational diabetes mellitus (GDM). Normal MSTN with low FSTL3 levels in the maternal blood and placenta may indicate GDM

MSTN induces proliferation of the uterine muscle myometrium; however, it is found to vary in concentration during the menstrual cycle. Along with activins, MSTN regulates gonadal activity.

MSTN is also responsive to steroid hormones, as its levels decrease with estradiol exposure but not after progesterone treatment. However, MSTN levels are higher after menopause.

In the common uterine tumor called fibroid (leiomyoma), activin A, MSTN, and FSTL3 are expressed at higher levels than in normal uterine tissue, without evidence of higher transcription. Abnormal MSTN signaling is therefore linked to fibroid growth, as this molecule inhibits the growth of healthy uterine muscle but induces fibrosis of leiomyoma cells.

These proteins are also increased in adenomyosis, thereby suggesting that they have a local effect in this condition.

MSTN has several functions in different tissues of the human reproductive system including its involvement in the steroidogenic pathway, response of ovarian granulosa-theca cells to gonadotropin hormones, cell proliferation, and the expression of many intermediate signaling molecules.

These findings suggest that MSTN may play a critical role in influencing the final differentiation processes in emerging follicles.”

Much more work is needed to understand how MSTN works; however, these observations may lead to the development of better and/or novel treatment approaches in reproductive health. 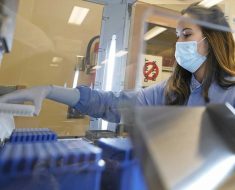 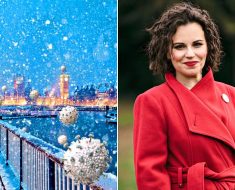 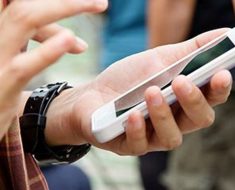 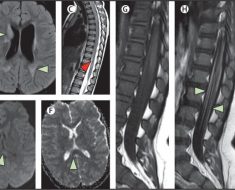