Cellulite is—wait for it—normal. It’s a simple fact that’s now gone viral, thanks to 25-year-old Nienke Kampman. The dietitian from the Netherlands says she’s received an overwhelming response from women everywhere since she posted a series of photos on her popular Instagram account, @nienkke.

On the left, Kampman shared an image of her backside with the caption, “How Instagram makes me think I should look.” The photo on the right is almost exactly the same, except for one thing: It’s unretouched. “How I actually look,” she wrote over the image, which shows cellulite on her upper thighs and butt.

Cellulite, some girls have more of it than others but almost every girl has it. But we often seem to forget that it’s so normal having it. ??‍♀️ Because of so called “perfect” pictures on instagram, we think we should look like those instagram models with the smooth skin and toned bodies. So many girls believe they have to look like that to be beautiful, worth it or to be accepted. And yes, I also believed I needed look a certain way to “fit in”. ? But sometimes we forget those pictures are often photoshopped, posed and edited. Please keep in mind that instagram isn’t always real life and it’s so easy to photoshop pictures. ☝? Don’t be hard on yourself by wanting to look like the models on the pictures. Having cellulite, stretch marks, or whatever doesn’t make you less attractive or less worthy. So don’t be afraid a show them? ———————————————————————— Tag your friends who need to see this post!

“Cellulite, some girls have more of it than others but almost every girl has it,” she wrote in the post. “But we often seem to forget that it’s so normal having it.”

For Kampman, it was important to tell her nearly 90,000 followers about the difference between Instagram and reality. Like her fellow fitness influencers, she shared this body-positive reminder: “Don’t be hard on yourself by wanting to look like the models on the pictures. Having cellulite, stretch marks, or whatever doesn’t make you less attractive or less worthy. So don’t be afraid [to] show them.”

Kampman tells Health that her post was inspired by her own experience scrolling through her social media feed.

“All over Instagram were these ‘perfect’ fitness models with ‘perfect’ smooth bodies, so I wanted that too,” she says. “But along the way I became so insecure and ashamed about my body, because I wanted to have something that was impossible for me to achieve. When I looked around in real life, I saw that almost no women had really smooth and tight skin.”

Since going viral, Kampman says she’s gotten thank you messages from women for making them feel more comfortable with their bodies. It’s “just incredible,” she tells us—and an important message every woman should keep in mind as she gears up for bathing suit season.

Tags: a, and, Butt, Cellulite, Her, Instagram, is, not, of, on, Photo, Prove, reality, Shared, the, Thighs, this, to, Woman
You may also like 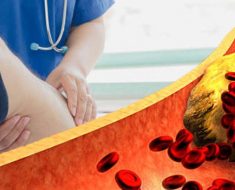 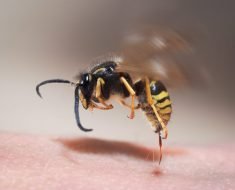 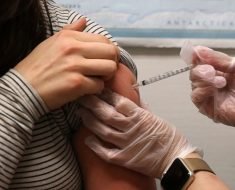