Maverick was first used as a baby name after a television show called "Maverick" aired in the 1950s, but its popularity rose meteorically in 1986 with the release of the movie "Top Gun." Today, it is even used for baby girls.

The name Emma peaked in popularity in the late 1800s, declined precipitously through the first half of the 1900s, then shot back up to be one of the most popular names of the early 2000s. Linda peaked somewhere in the late 1940s and Daniel in the mid-1980s. But each rise in popularity was followed by an equally steep decline.

So, what's in a name-;or, at least, what's in a baby name trend? University of Michigan evolutionary biologist Mitchell Newberry has found that the more popular a name becomes, the less likely future parents are to follow suit. Same goes for popular dog breeds: Dalmatians today are a tenth as popular as they were in the 1990s.

Newberry, an assistant professor of complex systems, says examining trends in the popularity of baby names and dog breeds can be a proxy for understanding ecological and evolutionary change. The names and dog breed preferences themselves are like genes or organisms competing for scarce resources. In this case, the scarce resources are the minds of parents and dog owners. His results are published in the journal Nature Human Behavior.

Newberry looks at frequency-dependent selection, a kind of natural selection in which the tendency to copy a certain variant depends on that variant's current frequency or popularity, regardless of its content. If people tend to copy the most common variant, then everyone ends up doing roughly the same thing. But if people become less willing to copy a variant the more popular it becomes, it leads to a greater diversity of variants.

"Think of how we use millions of different names to refer to people but we almost always use the same word to refer to baseball," Newberry said. "For words, there's pressure to conform, but my work shows that the diversity of names results from pressures against conformity."

These trends are common in biology, but difficult to quantify. What researchers do have is a complete database of the names of babies over the last 87 years.

Newberry used the Social Security Administration baby name database, itself born in 1935, to examine frequency dependence in first names in the United States. He found that when a name is most rare-;1 in 10,000 births-;it tends to grow, on average, at a rate of 1.4% a year. But when a name is most common-;more than 1 in 100 births-;its popularity declines, on average, at 1.6%.

This is really a case study showing how boom-bust cycles by themselves can disfavor common types and promote diversity. If people are always thirsting after the newest thing, then it's going to create a lot of new things. Every time a new thing is created, it's promoted, and so more rare things rise to higher frequency and you have more diversity in the population."

The researchers found a Greyhound boom in the 1940s and a Rottweiler boom in the 1990s. This shows what researchers call a negative frequency dependent selection, or anti-conformity, meaning that as frequency increases, selection becomes more negative. That means that rare dog breeds at 1 in 10,000 tend to increase in popularity faster than dogs already at 1 in 10.

"Biologists basically think these frequency-dependent pressures are fundamental in determining so many things," Newberry said. "The long list includes genetic diversity, immune escape, host-pathogen dynamics, the fact that there's basically a one-to-one ratio of males and females-;and even what different populations think is sexy.

"Why do birds like long tails? Why do bamboos take so long to flower? Why do populations split into different species? All of these relate at a fundamental level to either pressures of conformity or anticonformity within populations."

Conformity is necessary within species, Newberry says. For example, scientists can alter the order of genes on a fly's chromosomes, and it does not affect the fly at all. But that doesn't happen in the wild, because when that fly mates, its genes won't pair with its mate's, and their offspring will not survive.

However, we also need anticonformity, he says. If we all had the same immune system, we would all be susceptible to exactly the same diseases. Or, Newberry says, if the same species of animal all visited the same patch of land for food, they would quickly eat themselves out of existence.

"Life is this dance of when do we have to cohere, and when do we have to separate?" he said. "Natural selection is incredibly hard to measure. You're asking, for an entire population, who lived, who died and why. And that's just a crazy thing to try to ask. By contrast, in names, we literally know every single name for the entire country for a hundred years." 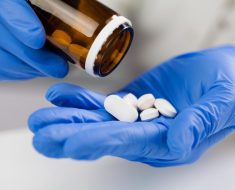 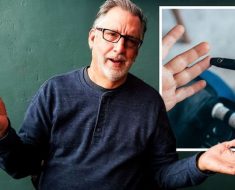 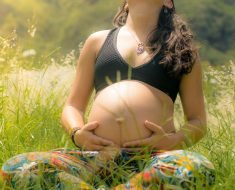 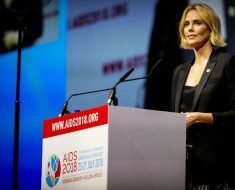