We hear a lot about green spaces and how beneficial they are to our health and well-being. And while common sense may tell us that such statements are true, they’re often made without rigorous scientific data to back them up.

This is not the case with a study recently published in the journal Environment International. Researchers from the Hospital del Mar Medical Research Institute (IMIM), Barcelona Institute for Global Health (ISGlobal), and the Agency for Health Quality and Assessment of Catalonia (AQuAS) in Spain investigated the effect of residential-surrounding green space on the incidence of ischemic stroke (IS).

The results are clear: people who live within 300 meters of green space saw up to a 16% reduction in their risk of having an IS, the most common type of stroke.

Researchers from ISGlobal, IMIM, and AQuAS conducted a longitudinal prospective study to demonstrate scientifically the positive impact that green spaces have on IS prevention. They included data for all individuals aged 18 years or older registered in the Catalan Central Registry of Insured Persons as of January 1, 2016. Individuals who had received a diagnosis of cerebrovascular disease before that date were excluded from the analysis.

The final cohort included 3,521,274 participants who were followed for a period of 2 years (January 1, 2016, to December 31, 2017). According to the authors, theirs is the largest study in Europe to specifically analyze the long-term association of air pollution with stroke incidence.

This study specifically investigated the impact of exposure, at the participants’ residence, to ambient levels of fine particulate matter (PM2.5), nitrogen dioxide (NO2), and black carbon (BC). The researchers also analyzed the number and density of green spaces within a buffer of 300 meters of the participants’ homes. They found that the higher one’s residential surrounding green space, the lower one’s exposure to air pollution and, thus, the better one’s cerebrovascular health.

Environmental Exposures and IS

Conversely, higher residential-surrounding green space directly lowers the risk for IS by as much as 16%. “Residing in a place surrounded by greenness had a protective effect on IS,” explained study coordinator Carla Avellaneda, MD, a neurologist at the Hospital del Mar and a researcher at the IMIM. “Exposure to green spaces is postulated to provide a beneficial effect on health through different mechanisms, such as stress reduction, increased physical activity, improved social contacts, and even exposure to an enriched microbiome.”

The conclusion is clear: the concentration of pollutants in the atmosphere must be reduced, and the number of green spaces increased, according to the researchers. The first step is to limit the use of motor vehicles, because, “unlike with other air pollutants, which originate from different sources, NO2 is mainly caused by road traffic,” ISGlobal researcher Cathryn Tonne, ScD, MPH, told Univadis Spain.

Also, the established limit values of atmospheric pollutants must be reevaluated, because, “despite the fact that Catalonia’s values are in compliance with those set by the European Union, there’s still a health risk, just as this study showed. We found a direct relationship between exposure to pollutants in one’s surroundings and the risk of presenting with an IS,” said corresponding author Rosa Maria Vivanco, PhD, a researcher at AQuAS and Hospital del Mar-IMIM.

Therefore, “greater efforts and more population strategies are necessary to reduce the impact of atmospheric pollution, which has been confirmed as having an effect on people’s health. We need to get towns and cities to be more sustainable such that living in these places doesn’t mean having to assume an increased risk of getting sick,” pointed out Jaume Roquer, MD, PhD, chair of the Department of Neurology at Hospital del Mar and coordinator of the Neurovascular Research Group at the Hospital del Mar-IMIM.

Further studies are needed to understand the mechanisms linking green spaces and stroke incidence, because in this study, only one specific population was analyzed: people in Catalonia who used the public healthcare system. The team did not have information about individuals who were treated at private healthcare facilities. In addition, individuals were followed for a relatively short period of 2 years. 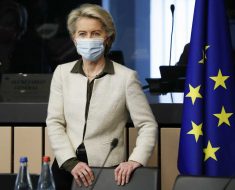 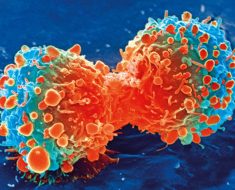 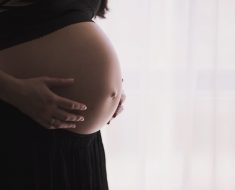 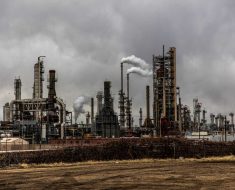