Dr. Christian Marín-Muller’s grandmother died of cancer before he was born. It saddens him that he never had the chance to meet her, but thanks to her he knew from an early age what he wanted to be when he grew up. He would become a scientist and find a way to fight cancer so nobody else would have to lose a grandma.

Fast forward almost 40 years. Marín-Muller has achieved major milestones along his journey to provide cancer patients with better treatments. He has a Master of Science degree in molecular biology from the Florida Institute of Technology and an M.S. in biotechnology entrepreneurship from Case Western Reserve University. For this master’s thesis, he developed a business plan for launching a biotechnology startup company. He raised several rounds of seed investment funding, obtained exclusive licensing agreements for proprietary technologies from several institutions and developed distribution agreements with suppliers and manufacturers in half a dozen countries. Within three years, the company had more than 600 customers and distributed 750,000 products, including its own product line of laboratory supplies. Marín-Muller was selected one of the “Top 10 entrepreneurs under age 30 in Ohio” by Inside Business Magazine.

“Pancreatic cancer is one of the most aggressive forms of cancer. The disease affects around 300,000 people every year around the world. Eighty percent of them dies that same year,” Marín-Muller said.

During his doctorate studies, he worked with microRNA-198 (miR-198). He found that this molecule naturally present in the body is abundant in normal cells, but is dramatically reduced in cancer cells. When he analyzed samples of human pancreatic cancer, he found that patients with the lowest levels had a shorter life expectancy than those with higher levels. The molecule is a tumor suppressor, but when its levels are reduced, it helps tumors grow. “We showed that if we reintroduced miR-198 into cancer cells grown in the laboratory and in animal models of the disease, we were able to control tumor growth and metastasis,” Marín-Muller said.

“The promising preclinical in vivo treatment data we have generated strongly suggest that miR-198 has significant potential to become a novel effective therapy for pancreatic cancer,” said Yao, who also is a member of the Dan L Duncan Comprehensive Cancer Center.

From lab bench to bedside

The question then was, Can miR-198 become a drug to treat pancreatic cancer? After graduation, Marín-Muller founded Speratum CR, S.A., a fast-growing biotechnology startup company, based in San José, Costa Rica. Its primary mission is to develop a microRNA-directed treatment for pancreatic cancer as well as other relevant human malignancies.

In April 2015, Baylor College of Medicine and Speratum executed an exclusive worldwide license agreement to enable commercial development of miR-198 technology for pancreatic cancer treatment with an exclusive option to expand the development to treat other types of cancer. Two U.S. patents were granted to Baylor on the miR-198 technology, and there is one additional U.S. patent application pending.

During the past two years, the Speratum team has successfully completed a variety of preclinical studies of miR-198, and the results further validate the efficacy and safety of miR-198 in treating cancer. Speratum has been successful in its fundraising efforts and has thus far raised $1.4 million in private equity investment and another $200,000 in non-refundable grants, which will enable them to move into the next phase of development.

And Speratum is already expanding. Since early February 2018, the company has had a laboratory at the Rotterdam Science Tower in the Netherlands, and it recently won first place as the most innovative company in the Netherlands, the Axon Innovation for Health Award. Speratum expects to initiate its first trial in human subjects in the next 12 months.

Another key issue to this novel treatment approach was how to deliver miR-198. RNA has proven to be difficult to deliver to cells by itself, prompting a number of labs to develop different types of delivery systems.

“For example, liposomes can be used clinically and have been tested to deliver RNA, but they are not very efficient,” said Dr. Changyi Johnny Chen, professor of surgery and molecular and cellular biology at Baylor College of Medicine. “For almost 10 years, my laboratory has been developing DNA/RNA delivery systems. Finally, we designed, synthesized and characterized a new LGA-modified PEI polymer. This delivery system can self-assemble into nanoparticles and deliver nucleic acids both to cell cultures in the lab and to animal models, including difficult to transfect cells and organs, or tumors in animal models.”

“Since we moved to Baylor 16 years ago, Dr. Yao’s lab and mine have been studying a lot of genes. Our findings encouraged us to investigate the possibility that the RNAs we were studying had clinical applications,” said Chen, who also is a member of the Dan L Duncan Comprehensive Cancer Center. “If they did, we were going to need an effective and safe delivery system. They were not available at the time, so my lab focused on developing one.”

Baylor and Speratum entered into an exclusive option agreement in April 2016 to the LGA-PEI nanoparticle delivery technology developed by Chen’s research team. This LGA-PEI polymer delivery system also may carry reagents other than nucleic acids and can be customized for targeted delivery, thus having broad research and clinical applications.

Upon conducting comparative studies with other delivery vehicle candidates, Speratum elected to exercise its option and executed an exclusive worldwide license agreement with Baylor in December 2017 for the LGA-PEI nanoparticle technology. The licensed patent portfolio from Baylor includes patent applications in the U.S., Europe and other foreign jurisdictions, which would further strengthen Speratum’s global presence. Speratum plans to use the LGA-PEI nanoparticle as the delivery vehicle for miR-198 in its clinical trials, and is optimizing necessary protocols and apparatus. It also will develop the LGA-PEI nanoparticle to target the research reagent market.

“We are incredibly excited by the opportunity to co-develop these two complementary technologies,” said Marín-Muller. “The synergy between this uniquely powerful delivery technology and our potent tumor suppressor means we have unlimited potential to treat the most devastating forms of cancer. In addition, we can now fully exploit the potential for drug delivery for an unprecedented and virtually unlimited number of applications. All this has been possible thanks to the support provided by a team of dedicated scientists who work closely with Dr. Chen and Dr. Yao to move our science forward.”

Tags: Baylor, bring, cancer, College, CR, Discovery, graduate, his, Medicine, of, own, patients, Speratum, starts, to
You may also like 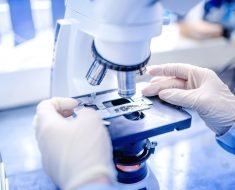 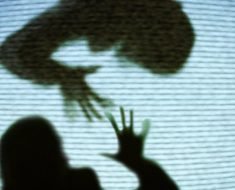 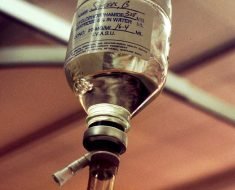 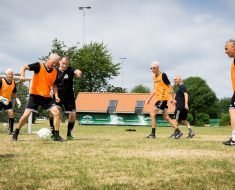 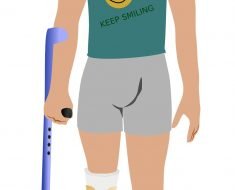