If you think of the night before Christmas as a time for hot cocoa, cozy fires and Bing Crosby albums, a new discovery by Swedish researchers may well break your heart:

The risk of suffering a heart attack spikes on Christmas Eve.

That finding is based on a comprehensive database of hospital statistics that includes 283,014 cases of heart attacks over a period of 16 years. It was published this week in the BMJ (formerly the British Medical Journal).

The study would appear to put Christmas Eve in the same category as earthquakes, hurricanes, stock market crashes, wars and high-stakes World Cup soccer matches—after all of these events, scientists have documented that heart attacks are more likely to occur.

On Dec. 24, the risk of a heart attack is 37 percent higher than normal, the researchers found. On Christmas itself, the increase in risk dips to 29 percent. Even on Boxing Day, it’s still 21 percent above normal levels.

For the sake of comparison, Mondays are known to be a time of increased heart attack risk. But in Sweden, the risk was only about 10 percent higher on the first day of the workweek.

The BMJ study isn’t the first to report an association between the holiday season and myocardial mayhem. A 2004 paper in the journal Circulation, for example, found that deaths due to all kinds of heart disease were higher in the U.S. on both Christmas and New Year’s Day.

Previous studies were based on information from death certificates, ambulance records and other kinds of health data. They weren’t able to say when, exactly, a patient’s heart attack began.

A team led by Moman A. Mohammad of Lund University’s Department of Cardiology set out to fill that gap. They relied on a nationwide registry known as SWEDEHEART (short for Swedish Web System for Enhancement and Development of Evidence-Based Care in Heart Disease Evaluated According to Recommended Therapies).

The registry includes “all patients with symptoms of an acute coronary syndrome admitted to a coronary care unit or other specialised facility in Sweden,” the study authors explained. Each patient’s records indicate when his or her symptoms began, down “to the nearest minute.”

To examine heart attack risk on Christmas Eve, the researchers tallied the number of myocardial infarctions (the medical term for a heart attack) on every Dec. 24 between 1998 and 2013, as well as for the two weeks before and after the holiday, to provide a baseline. On average, Swedes suffered 50.3 heart attacks per day during the baseline period, and 69.1 per day on Dec. 24.

With a little math, they determined that the risk of a heart attack was 37 percent higher on Christmas Eve. They were even able to pinpoint the hour of maximum risk: 10 p.m.

The team repeated the analysis with a range of other holidays. In addition to Christmas Eve, Christmas Day and Boxing Day, they found a significantly elevated risk on New Year’s Day (by 20 percent) but not on New Year’s Eve, Easter or Good Friday. (Heart attack risk was 12 percent higher on Midsummer, a Swedish holiday on the eve of the summer solstice that is celebrated with food, drink, song and maypole dancing.)

The researchers also checked to see whether Swedes experienced more heart attacks during the Olympics or major soccer tournaments, like the FIFA World Cup. They didn’t.

Mohammad and his co-authors said they didn’t know why people would be more prone to heart attacks on Christmas Eve. Previous studies have linked “acute experiences of anger, anxiety, sadness, grief, and stress” with an elevated risk. Of these, the team wrote that stress is the emotion most likely to come into play on Christmas Eve.

But medical researchers shouldn’t be content to simply guess, the authors wrote—they should conduct further studies to see what’s really going on.

Tags: a, attacks, Christmas, delivers, Eve, extra, few, heart, on, presents—and, Santa
You may also like 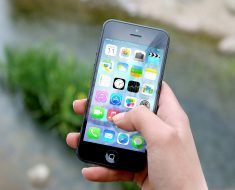 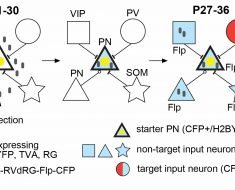 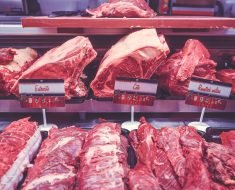 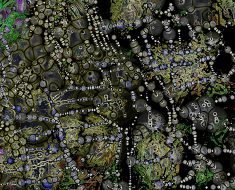