Scientists at St. Jude Children’s Research Hospital have identified a mutation that would enable the influenza virus to become resistant to a promising new class of drugs. The most advanced of these drugs are now in late stage clinical trials, and would represent the first new approved class of influenza therapeutics in nearly 20 years. Identifying and monitoring for resistance will be critical to understanding their effectiveness. These findings also offer clues to synthesizing new compounds with a higher barrier to virus resistance.

Even though vaccines are available, influenza infection still impacts millions of people annually. Influenza drugs are an important second line of defense, but there is only a single class available. The virus can develop resistance to these existing drugs, known as neuraminidase inhibitors. The most widely known are Tamiflu and Relenza.

“Before this study there was limited information on the resistance pattern of this [new] class of drugs,” said corresponding author Elena Govorkova, M.D., Ph.D., of the St. Jude Department of Infectious Diseases. “Such information is critical because without it, clinicians do not know the molecular marker(s) of resistance, so monitoring resistance in trials is like searching in a darkened room.”

Co-first authors of the paper are Jeremy Jones of the Department of Infectious Diseases and Gyanendra Kumar of the Department of Structural Biology. The research appears online ahead of publication today in the scientific journal mBio. It was conducted through the Centers of Excellence for Influenza Research and Surveillance (CEIRS), a program funded by the National Institute of Allergy and Infectious Diseases (NIAID), part of the National Institutes of Health.

The research focused on a drug belonging to a new class of compounds called endonuclease inhibitors, which target a viral enzyme that the influenza virus needs to duplicate its genetic material. The drugs are considered promising because the virus cannot replicate without the activity of this enzyme. The inhibitor drug blocks the function of the endonuclease by plugging into it like a key fits into a lock.

In this research, the scientists explored if influenza viruses would evolve resistance when exposed to an experimental endonuclease inhibitor called RO-7, a drug similar to others in advanced clinical trial.

The researchers exposed cultures of virus-infected cells to the drug to induce resistance mutations to occur—the method mimics the process that can occur in patients during antiviral treatment. They discovered resistance to RO-7 emerged after 5 to 10 passages, and that the resistance persisted even in the absence of the drug.

Genetic analysis of the resistant virus revealed a single mutation in the gene that codes for the endonuclease enzyme. That mutation subtly alters the enzyme’s shape such that the drug no longer fits into the enzyme molecule to inactivate it. There is early evidence that the mutation is clinically significant, because scientists conducting clinical trials have observed the same mutation in patients undergoing treatment with similar drugs. Significantly, the emergence of resistance to RO-7 took a similar time course as viral resistance to the current neuraminidase inhibitors.

Somewhat encouragingly from a patient treatment standpoint, the resistant virus appears to be slightly less able to replicate, which might mean it would be less able to cause disease and spread than the sensitive version. However, further research is necessary to determine if that is the case.

In key experiments, the team’s structural biologists established how the resistance mutation warped the viral endonuclease molecule to render the drug unable to plug into its target. The researchers compared the structure of the drug attached to either non-resistant or resistant enzyme. Such detailed information will aid development of improved forms of the drug that could thwart the virus’s ability to mutate to become resistant.

“It’s not surprising that the virus will mutate to circumvent the ability of the drug to bind to its site,” Jones said. “Almost all viruses do that. However, identification of a marker of that resistance enables clinicians to monitor for resistance as the endonuclease inhibitors come into wide use. The detailed structural understanding of the resistance mutation offers drug designers the ability to engineer drugs that do not depend as much on interacting with the mutated region of the endonuclease protein.”

Govorkova emphasized that even if the influenza virus can evolve resistance to the new drugs, the drugs still represent an important treatment advance. For example, the new drug requires only a single dose to be effective, versus existing anti-viral drugs that require twice-daily dosing for five days.

Tags: anti-influenza, drugs, mutation, New, pinpoints, research, resistance, that, to, trigger, viral, would
You may also like 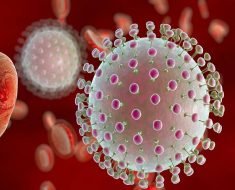 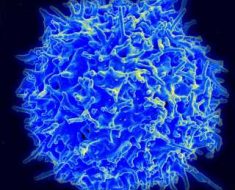 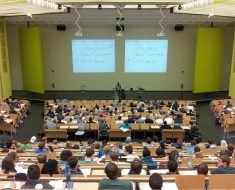 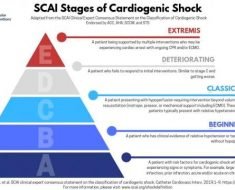 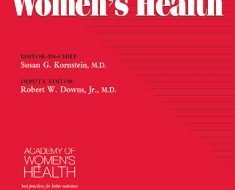