A new study co-authored by researchers at Michigan State University and Case Western Reserve University found that “growth mindset interventions,” or programs that teach students they can improve their intelligence with effort—and therefore improve grades and test scores—don’t work for students in most circumstances.

“This research is important because millions of dollars have been spent on growth mindset interventions in schools,” said Alex Burgoyne, a Ph.D. student studying cognition and cognitive neuroscience. “Our results show that the academic benefits of these interventions have been largely overstated. For example, there was little to no effect of mindset interventions on academic achievement for typical students, or for other groups who some have claimed benefit substantially from these interventions, including students facing situational challenges, such as transitioning to a new school.”

Published in the journal Psychological Science, the study comprises two meta-analyses, in which researchers aggregated and assessed the results of hundreds of previous mindset studies.

The first meta-analysis examined whether students’ mindsets were related to academic achievement.

“In the first meta-analysis, which included a sample size of 365,915 participants, we found that the overall correlation between growth mindset and academic achievement is weak,” Burgoyne said. “Furthermore, this correlation was moderated by age. That is, the relationship between mindset and academic achievement was stronger for children and adolescents than for adults.”

“In the second meta-analysis, which included a sample of 57,155 participants, we found that the overall effect of growth mindset interventions on academic achievement is small,” Burgoyne said. “Although our results do support claims that economically disadvantaged students or students at high risk of failing may benefit from growth mindset interventions, importantly, only a few studies contributed to those analyses, so they must be interpreted with caution.”

According to mindset theory, developed by Carol Dweck, a psychology professor at Stanford University, students with growth mindsets tend to demonstrate more adaptive behaviors and psychological traits, such as resilience in response to failure, which in turn leads to greater academic achievement.

By contrast, people with fixed mindsets believe that traits can’t be improved with effort. The theory suggests that as a consequence, students with fixed mindsets are more likely to avoid difficult tasks and assume that failure is due to a lack of ability, resulting in worse academic performance.

“The popularity of growth mindset interventions is based on claims that we show, in part, are not supported by the available evidence,” said Brooke Macnamara, an assistant professor of psychological sciences at Case Western Reserve University. “It’s not the case that most students benefit academically from being taught growth mindsets. Yet, the impression given by commercial growth mindset programs sold to parents and schools is that they will.”

According to the researchers, a number of the studies investigating the effectiveness of growth mindset interventions did not follow best practices for experimental research. For example, more than one-third of studies didn’t check whether the programs actually influenced students’ mindsets. Of those that did, nearly half failed that check, indicating that the programs didn’t successfully alter mindsets.

This implies the presence of something other than mindset causing these effects, Macnamara said. 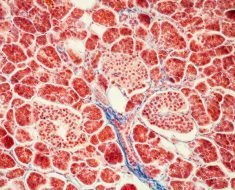 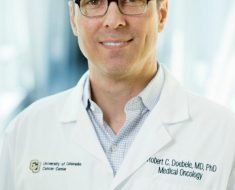