Atrial fibrillation (Afib), a heart condition that causes a rapid, irregular heartbeat that increases a person’s risk of stroke and heart failure, is fairly common among older adults. However, its early onset form is relatively rare, affecting less than one percent of Americans under the age of 65. Its rarity suggests a strong genetic component, but potential genetic perpetrators have remained elusive.

A nationwide research team, led by scientists at the Broad Institute of MIT and Harvard and Massachusetts General Hospital, has found a strong relationship between early-onset Afib and mutations that break TTN, a gene that helps maintain the structure of heart muscle. According to these new findings, roughly two percent of the nearly 2,800 early-onset Afib patients examined had a loss-of-function mutation in TTN, a percentage that increased the younger a patient was.

TTN is also associated with many forms of cardiomyopathy, heart muscle diseases that make it more difficult for the heart to pump blood throughout the body.

The study, conducted with the National Heart, Lung, and Blood Institute (NHLBI) Trans-Omics for Precision Medicine (TOPMed) Consortium, was published in JAMA and represents the first time that researchers have been able to link loss-of-function mutations in a single gene to early-onset Afib.

“We know Afib is heritable, that variants in many genes likely contribute to it, and that genetics have a strong influence in people who are diagnosed young,” said Patrick Ellinor, an associate member in the Broad Institute’s Cardiovascular Disease Initiative and a cardiologist with the Cardiac Arrhythmia Service at MGH. “But we haven’t until now been able to find a strong relationship between early-onset Afib and any one gene or mutation.”

Ellinor is the co-senior author on the study along with Kathryn Lunetta of the Framingham Heart Study and Boston University, and Steven Lubitz of the Broad and MGH.

To investigate genetic influences behind early-onset Afib, Ellinor, Lunetta, Lubitz, first author Seung Hoan Choi, and their colleagues collected whole genome sequence data from 2,781 Americans under the age of 66 who took part in nine studies that participated in TOPMed.

The team then conducted a genome-wide association study (GWAS), measuring the extent to which common genetic variants affected any given person’s risk of developing early-onset Afib.

Starting from a list more than 8.2 million variants, the team narrowed their search down to 26 regions of the genome that prior efforts had linked to Afib, looking specifically for rare genetic variants that would prevent expression or function of a gene. Of the 84 genes within these 26 regions, only TTN was strongly associated with Afib.

Most interesting was the relationship between TTN and age. Mutations in the gene appeared in 2.1 percent of the entire group of participants studied. However, when the team broke the data down by age of onset, a pattern emerged: The earlier a patient was diagnosed, the more likely they were to have a TTN mutation. More than six percent of patients in the youngest age group, those diagnosed younger than age 30, carried TTN mutations.

In addition, early-onset Afib patients with a TTN mutation were diagnosed on average more than five years earlier than those without.

TTN encodes a protein called titin, which acts like a molecular scaffold within heart muscle cells. Defects in titin are linked to many forms of cardiomyopathy. However, while cardiomyopathy patients often experience Afib as well, the molecular relationship between the two is still unclear.

“TTN is well known in cardiology,” said Ellinor. “Loss-of-function mutations in it account for many cardiomyopathies. But this is the first time we’ve seen associations between it and early-onset Afib.”

The team notes that the Afib-TTN association that came out of their data is, for the moment, just that: an association. The results do not suggest whether or not the TTN mutations play an active role in causing early-onset Afib.

However, Ellinor points out that the data do suggest that a more nuanced approach to early-onset Afib treatment might be in order.

Tags: and, atrial, between, disease, fibrillation), gene, heart, in, link, mutations, New, reveals, study
You may also like 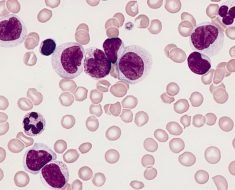 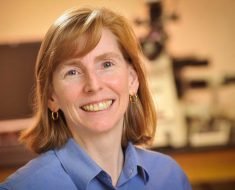 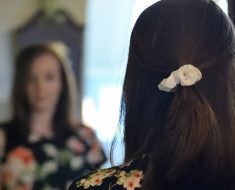