A nasal spray formulation of ketamine shows promise in the rapid treatment of symptoms of major depression and suicidal thoughts, according to a new study published online today in The American Journal of Psychiatry (AJP).

The double-blind study compared the standard treatment plus an intranasal formulation of esketamine, part of the ketamine molecule, to standard treatment plus a placebo for rapid treatment of symptoms of major depression, including suicidality, among individuals at imminent suicide risk. The study involved 68 participants randomly assigned to one of two groups – either receiving esketamine or placebo twice a week for four weeks. All participants continued to receive treatment with antidepressants throughout. The researchers looked at effects at four hours after first treatment, at 24 hours and at 25 days.

The study was conducted by researchers at Janssen Research and Development and Janssen Scientific Affairs, Titusville, N.J., and San Diego, and the Yale School of Medicine, New Haven, Conn. They found a significant improvement in depression scores and decreased suicidal ideation in the esketamine group compared to the placebo group at four hours and at 24 hours. The esketamine effects were not greater than the placebo at 25 days. The measurement of suicide risk took into consideration both the patient’s and clinician’s perspectives.

The results of the study support nasal spray esketamine as a possible effective rapid treatment for depressive symptoms in patients assessed to be at imminent risk for suicide, according to the authors. Esketamine could be an important treatment to bridge the gap that exists because of the delayed effect of most common antidepressants. Most antidepressants take four to six weeks to become fully effective.

This study was a proof-of-concept, phase 2, study for esketamine; it must still go through a phase 3 study before possible FDA approval. It was funded by Janssen Research and Development, LLC.

The authors caution that more research is needed on the potential for abuse of ketamine. That caution is also the focus of an accompanying AJP editorial also published online today. In the editorial, AJP Editor Robert Freedman, M.D., along with members of the AJP Editorial Board, note the known potential for abuse and existing reports of abuse of prescribed ketamine. They discuss the need for additional research relating to the abuse potential of ketamine during phase 3 trials, such as monitoring of patients’ craving and potential ketamine use from other sources.

While it is the responsibility of physicians to provide a suicidal patient with the fullest range of effective interventions, the AJP Editor’s note, “protection of the public’s health is part of our responsibility as well, and as physicians, we are responsible for preventing new drug epidemics.” The Editors suggest the need for broad input in the development of effective controls on the distribution and use of ketamine.

Tags: and, benefits, depression, fast-acting, for, ketamine, of, shows, study, suicidality
You may also like 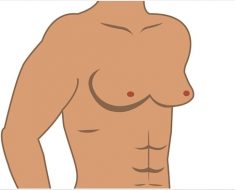 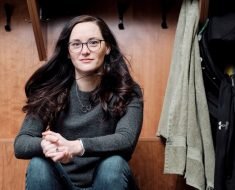 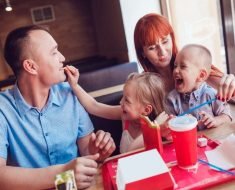 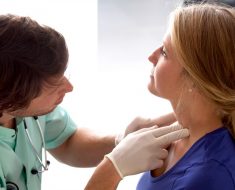