Teaching your child to apologize is important to plenty of parents. But what about the instances when a kid should not apologize? Maybe someone forced a hug and your child pulled away. Or maybe they simply took a stand for something they believe in but which offended another person.

In certain situations, forcing your child to apologize would undermine their sense of self and their developing social consciousness. Can we teach kids how to apologize and how to (effectively, politely) stand up for themselves — and how to know the difference?

Children are interacting with the world, drawing their own conclusions and developing their belief system. Providing a space for them to talk about their ideas prepares them to engage with the broader world. What do you think? Why do you think that? Encourage open discussion about social issues in order to start giving them appropriate language to express their thoughts.

According to Sue Sexton, a licensed psychologist who works with children, “It is important to have these difficult discussions with honesty, integrity and authenticity. How you react to your child sharing beliefs that may differ from yours models for them how they should respond to others.” Also, talk to them about when they should speak out and stand up for themselves and others — if they see someone being hurt or cruelly teased or if they think something is unfair or unjust. The situations may vary depending on your values, but pointing out possible scenarios allows you to talk through appropriate responses.

Once a child begins to grasp their boundaries and beliefs, you can move to teaching them how to stand up for themselves without being rude. Exercising their manners in emotionally charged situations can be tough for young children; therefore, the first piece of advice Lisa Richey, an etiquette expert who works with children, gives parents in these situations is to teach children to breathe and take a moment before responding.

Then teach them to stand or sit up tall, make eye contact and have good body language and to watch their tone. “Teach your child that it’s OK to have an opinion as long as you are delivering your message in a clear, direct way,” she says.

When talking with your child about how to engage, emphasize that name-calling and personal attacks are never acceptable. Don’t forget that you’re modeling this behavior for them too, whether it’s a dispute over a car repair bill or talking politics with Aunt Carol.

Intervene only when necessary

If you see that the situation isn’t going well; your child is growing hostile or raising their voice or Grandma is looking uncomfortable, Richey suggests that you do one of two things.

If the adults involved are family members or close friends, the parent can intervene and attempt to shape the child’s words. “This is what I think you’re trying to say and how you can say it,” is a phrase she recommends to guide the child into a more polite verbiage or tone of voice. You don’t want to embarrass your child in the situation but you do want to calm them down. If the adults are strangers or acquaintances, you can wait until later to handle it. “That behavior was not appropriate. We want you to have an opinion, but next time do X, Y or Z.”

When addressing the situation, emphasize that you want them to have an opinion, but how they express their opinion is important.

Know when (& how) to concede

There are adults who don’t think it’s ever appropriate for a child to stand up to them, and they may demand an apology. If your child did lose their temper or resort to name-calling or if their words were not appropriate or respectful, they may need to apologize. But there is a difference between apologizing for how the message was conveyed and apologizing for the message itself. When urging your child to apologize, draw that distinction for them. “It’s perfectly all right that you had an opinion, but the way that you spoke to your grandmother was disrespectful.” The apology should be, “I’m sorry that I raised my voice or called you a name when expressing myself.” It should not be an apology for the opinion itself.

While you likely want your kid to be polite, if another person is yelling or name-calling, it doesn’t mean your child has to stand there and take it. Speaking up is totally valid — and so is just plain walking away. They are not required to justify or explain their convictions.

Kids probably won’t understand the best way to stand up for themselves the first time, and that’s OK. No matter how much you’ve prepared your child for these situations, give them the grace to practice — and to grow into expressing their beliefs with respect and dignity.

Tags: for, how, Kids, Stand, Teach, themselves, to, up
You may also like 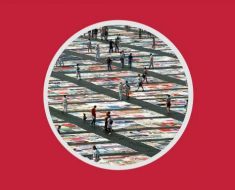 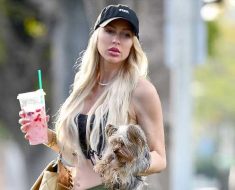 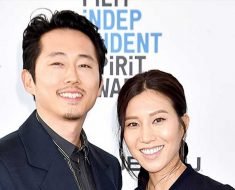 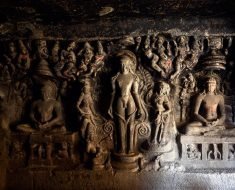 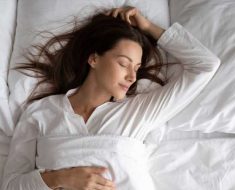