After Today co-anchor and meteorologist Dylan Dreyer revealed Tuesday that she’s expecting her third child — a baby boy due in November! — her husband, Brian Fichera, pointed out that we should be all that surprised. Turns out, the new baby’s sonogram had already been on Instagram several times for all the world to see. 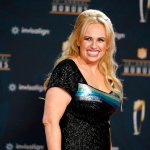 Later on Tuesday, Fichera posted screenshots of Instagram videos his wife had shared of herself cooking with their 4-year-old son Calvin, on three separate occasions. He has now helpfully circled the ultrasound stuck on the fridge in the background. Thankfully, Calvin is cute enough no one noticed the photographic evidence of Dylan’s pregnancy.

“In hindsight ‘boy number 3’ as he is currently billed as, has been the world’s worst kept secret,” Fichera captioned the post. “He’s made a cameo in every ‘cooking with cal’ over the last month.”

In another post, Fichera hilariously explained to his son how his baby brother came to be. “You see, Cal, when two people are quarantined together for over a year and @Bridgertonnetflix is on…,” hashtagging the soon-to-be new little one #Bridgertonbaby. (Something tells us there will be a lot of these!)

After Calvin was born, the couple suffered a miscarriage and struggled with secondary infertility, difficulty conceiving after a past pregnancy. Dreyer told Today that after their 1-year-old Oliver came along, they tried for six months before giving up on having a third.

“We were ready for the next phase.” It wasn’t until the couple took Dreyer’s doctor’s advice to relax and not think about it so much that they were able to conceive again.

Congrats to the happy parents! If their dad’s sense of humor is any indication, their new, fuller house will be loads of chaotic fun. And as for almost giving away the baby secret way sooner than intended? All we can say is: This is the first of many amusing mistakes they’ll make as parents of three children under 6!

Childbirth is nothing like in the movies, as these beautiful photos show. 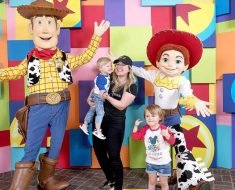 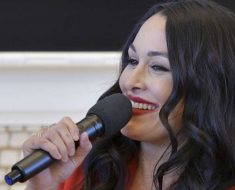 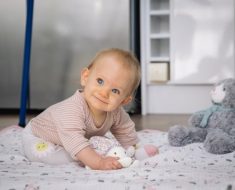 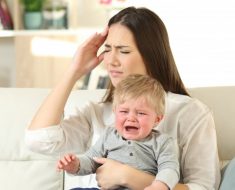 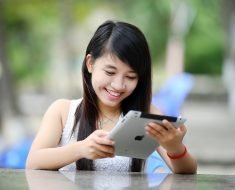 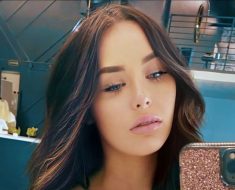