Home
Kids Health
U.S. support of formula over breastfeeding is a race issue

When the United States threatened Ecuador with trade and aid restrictions if it did not withdraw a World Health Assembly breastfeeding promotion resolution that most people considered benign, if not banal, reactions ranged from shocked to amused.

Experts explained that the U.S. resistance, although extreme, was nothing new. The United States previously demonstrated its allegiance to the formula industry by refusing to sign on to the World Health Organization’s Ban on the Marketing of Breast Milk Alternatives.

This U.S. stance, like its intimidation of Ecuador, flew in the face of near universally accepted medical and scientific research proving that breastfeeding saves lives. Perhaps even more surprisingly, both acts perpetuate an alarming racial divide in breastfeeding rates that leads to significant racial health disparities. American support of the formula industry comes at the cost of the health and lives of Black and brown babies, at home and abroad.

Both the resolution and the U.S. opposition to it stemmed from a decline in formula sales in the United States. The industry has sought to make up for its considerable domestic losses on the global market. The racial aspects of this local-global dynamic are hidden in plain sight.

Black women in the United States use formula at consistently and disproportionately higher rates. A complex combination of legal, policy and structural factors severely constrict their infant feeding choices.

White women, on the other hand, use formula less and less. Laws and regulations facilitate their breastfeeding and popular culture glorifies it. The formula industry has responded to the corresponding decline in sales to white women at home by ramping up its marketing to Black and brown women overseas.

This strategy opens the door to misleading and dangerous advertising that Ecuador’s resolution sought to curtail.

Racially targeted marketing of formula has dire consequences, at home and abroad. In the United States, Black mothers and children suffer disproportionately from a host of illnesses and conditions linked to formula use, from ear infections to infant mortality.

Overseas, families sold on the superiority of formula that lack the means to purchase sufficient quantities often dilute it, with sometimes deadly consequences. Inadequate nutrition and contaminated water lead to an estimated 800,000 infant deaths a year.

Racism —be it explicit, structural, or unconscious —accounts for the widespread indifference to the racially disproportionate effects of U.S. breastfeeding policies. At home, the stereotype of the “bad Black mother” pervades popular culture, from Tyler Perry comedies to the Best Picture Oscar-winning film Moonlight.

Black women are the face of the Welfare Queen, a myth manipulated by politicians and the media to raise support for cuts to welfare benefits based on the false perception that they go largely to the undeserving, Black poor. During slavery, whites prevented Black mothers from nursing their children, justifying this harm by dehumanizing Black women and devaluing Black motherhood. Mammy loved the white children in her care but neglected her own.

Similarly, today’s Welfare Mother has children solely to collect a fat government cheque. She has no business breastfeeding. She is fair game for the formula industry.

Similar disregard for the fates and well-being of migrant, non-white mothers and children is now infamous, as the world has watched the troubling and inhumane separation of families who arrive at U.S. borders seeking refuge. These separations disrupt the mother-child bond, causing health and emotional consequences yet to be measured.

This xenophobic world view leads Americans to discount the grave health risks that formula promotion poses globally. Protecting the interests of the pharmaceutical industry is paramount to a profit-driven administration. The consequent sacrifice of Black and brown infants abroad represents the inevitable casualties of trade wars, where all is fair.

Even the justifications for the opposition to the resolution echo in race and paternalism. Health and Human Services spokesperson Caitlin Oakley asserted the U.S. position stemmed from a desire not to stigmatize mothers who are not able to breastfeed. This claim evokes images of chivalry directed at frail white women. Whether or not these women exist, it is far more important to protect mothers and children from potentially life-threatening harms caused by formula feeding in sub-par conditions than to shelter some women from feelings of guilt.

U.S. President Donald Trump also confused the issue by tweeting that “the U.S. strongly supports breastfeeding but we don’t believe women should be denied access to formula. Many women need this option because of malnutrition and poverty.”

No part of the resolution proposed to deny women access to formula. Also, poverty makes breastfeeding, which is free, the more obvious choice. It is true that malnutrition poses a real problem for nursing mothers whose infants can drain them of much-needed nutrients. At the same time, breast milk fortifies infants with life-saving antibodies impossible to duplicate in formula in places where medicine and healthy food may be scarce.

Tags: a, Breastfeeding, formula, is, issue, of, over, race, support, U.S.
You may also like 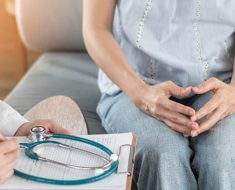 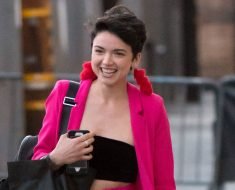 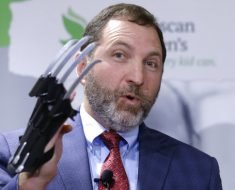 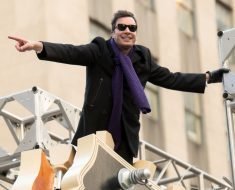 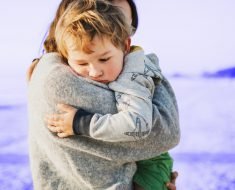