Home
Personal Health
‘Am I A Lesbian?’ 12 People Share Stories On Navigating Sexuality

If you’ve ever asked yourself, “Am I a lesbian?” (and I’m guessing that’s probably what brought you here), then welcome—you’re definitely not alone. It’s super-common to have questions about your sexuality, no matter which label you choose to identify with. “Sexuality can shift and change throughout someone’s life,” explains Gigi Engle, a certified sex coach, sexologist, and author of All The F*cking Mistakes: a guide to sex, love, and life. “Human sexuality is far more complex than we give it credit for.” And TBH, since we live in such a hetero-centric society, you may been subtly (or not so subtly) discouraged from exploring your intimate curiosities, Engle says.

Also worth keeping in mind: You don’t have to label yourself when you’re exploring your sexuality. “We have this ingrained idea that you must choose a label, but that’s not necessarily true,” says Engle. “The only person who can choose your label—or to have no label, or more than one—is you.”

Still, it can sometimes be helpful to hear about other people’s experiences—particularly if they end up resonating with you. So since it’s totally normal to question your sexual identity, Women’s Health asked 12 people to explain how they came to realize their own, labels or not. Here’s what they had to say on the subject.

“I read a lot of gay Wattpad smut in middle school, not going to lie. So, I knew something was up,but I suppressed it and thought it was just a ‘kink’ that I had. I confirmed that my interests were more than just a kink when certain women gave me butterflies when they said hi to me in high school! That’s when I was like, ‘Okay, yep, maybe I’m not straight.’” —Grace, 21

2.”I always felt like I was a little more open to exploring than all of my other friends.”

“For now, I’ve currently settled on not having a label, but I like using ‘queer’ because I feel like all that really is is ‘not straight’ without trying to define what ‘not straight’ means. I came to that conclusion over quarantine, as a lot of people did, just because I was spending so much time alone thinking, but I had been questioning for a long time. I always felt like I was a little more open to exploring than all of my other friends and always sort of wondered what being with a woman would be like. Looking back after coming to the conclusion that I was ‘not straight,’ I recognized little bits of my childhood that sort of made more sense. Like once I was talking to my parents as a kid and said something like: ‘If people like each other for their personalities, then doesn’t it make more sense to like boys and girls?’” —Sarah, 19

3. “If my subconscious is trying to tell me this…”

“Honestly I thought that maybe I was but what solidified it was having dreams about girls, which started in high school. Eventually, I was like, ‘Okay, mhmm! This is definitely something if my subconscious is trying to tell me this.’ Then, after taking some time and exploring it more, I realized that, yes, I am in fact bi.” —Maddie, 23

4. “The first time I orgasmed was with a girl.”

“I went to an all-girls Catholic high school, which wasn’t the best place for me to get to know my sexuality. However, I realized I was gay when I had girl crushes on my soccer team. I was attracted to their personalities as well as their looks. Being physically with a girl for the first time really was an epiphany. I was emotionally connected to women, something I never felt with the countless men I had been with. And the first time I orgasmed was with a girl.”—Julia, 22

5. “I found one of my classmates attractive and I wanted to kiss her.”

“When I was 16 and in an all-girls boarding school, II found one of my classmates attractive and wanted to kiss her. That’s when I knew I wasn’t straight and had feelings for different people, not just men. Now, I find myself attracted to charm and personality, and not just the genitals. I do like more assertive personalities who lead, protect, and provide.”—Megumi, 37

6. “I thought it was just a ‘different’ type of friendship.”

“Before I became friends with my current girlfriend, I had no idea I was gay—though looking back, a lot of things make more sense now. We knew each other for years before we really hung out and stuff, but as soon as we became close, it became more and more apparent that we liked each other differently than other friends. At first that was really confusing! I thought it was just a ‘different’ type of friendship or different emotions, rather than romantic and queer.” —Alex, 22

“I’d develop these mini obsessions with women on television or in movies and wouldn’t know if I wanted to be her, be friends with her, or date her. Megan Fox in Transformers, Mary Elizabeth Winstead in Sky High, Alexandra Daddario in Percy Jackson, and Anne Hathaway in Batman were the big crushes. Then, I got to the point where I would Google, ‘Am I gay?’ to try to convince myself I wasn’t. I finally accepted that those feelings and the need to Google, ‘Am I gay?’ probably indicated I was not straight.”—Dakota, 23

8. “I realized I felt ‘trapped’ when I imagined a future with a man.”

“One thing that felt like a lightbulb moment for me was when I realized the difference between dreading and feeling ‘trapped’ when I imagined a future with a man—and the excited feelings that I had about being with women. Being with men made me wonder if I was just not interested in marriage or monogamy at all.But then I was loving the idea of a domestic life with a woman.” —Fernanda, 22

9. “I struggled with a label until college.”

“I had a childhood friend, and by the time we were ending middle school, she and I had a relationship that surpassed friendship. She guided me through discovering my sexuality—or rather, our sexualities—together. I struggled with a label until college. I actually came to college proclaiming I was gay because I was coming out of a relationship with a girl. I didn’t come close to finding a fitting label until I became aware of internalized bi-phobia I was fighting against. I don’t know if bisexual will be how I define myself forever—I actually disfavor labeling myself—but it’s more accurate than the lesbian or straight labels I used to restrict my soul under.” —Michaela, 20

“I identify as gay now, and my journey to discovering it was probably typical to other suburban girls. I always had thoughts about being with girls, and I never really was interested in dating boys—but I just assumed that all girls thought about dating girls and that they just ignored it and dated boys instead. I even remember Googling, ‘Does wanting to kiss girls make me gay?’ All throughout high school, I dated boys but kissed girls at parties when it was acceptable. When I went to college, I had a class with a girl I was really attracted to, and it just kind of clicked to me that I didn’t want to pretend anymore that I didn’t have these feelings. At first I thought I was bisexual, because I still had this compulsory heterosexuality, but after having some conversations with friends plus being with my first female partner, I realized I don’t feel the same way about men as I do about women.” —Kelly, 22

12. “If I had to pinpoint something, that would be the first time my heart fluttered when I spoke to a girl.”

“Coming to terms with my sexuality has definitely been a challenge, and it’s an ongoing process. I don’t believe there was one specific moment when I learned I was bisexual. I remember being 11 years old and thinking girls were pretty, and then as I got older and had more life experience, I developed crushes on girls. I think if I had to pinpoint something, that would be the first time my heart fluttered when I spoke to a girl. I’ve never been in love, but I knew it was more than friendship.” —Annie, 19 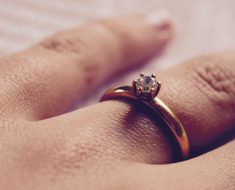 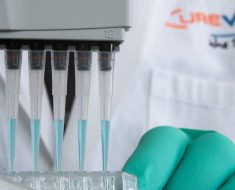 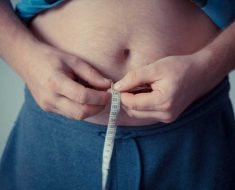 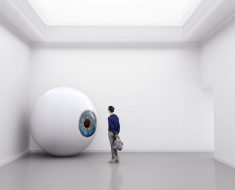 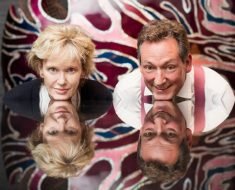 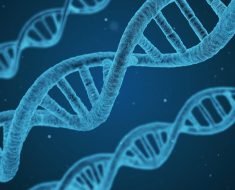