Home
Health News
Could a drug for brittle bone disease provide a cure for bald men?

Could a drug designed for brittle bone disease provide a miracle cure for bald men? Scientists discover it can help hair grow 2mm in just 6 DAYS

A drug designed for brittle bone disease has provided hopes of a cure for men with male pattern baldness.

It causes hair to grow a third longer than it normally would, scientists found, achieving two millimetres of growth in just six days.

WAY-316606 was created to treat osteoporosis, which causes brittle bones.

But in lab experiments it had a dramatic effect on hair follicles donated by men with male pattern baldness, stimulating them to maintain hair growth for longer.

Half of British men can expect to lose their hair by the time they turn 50, with hair loss largely in their genes. 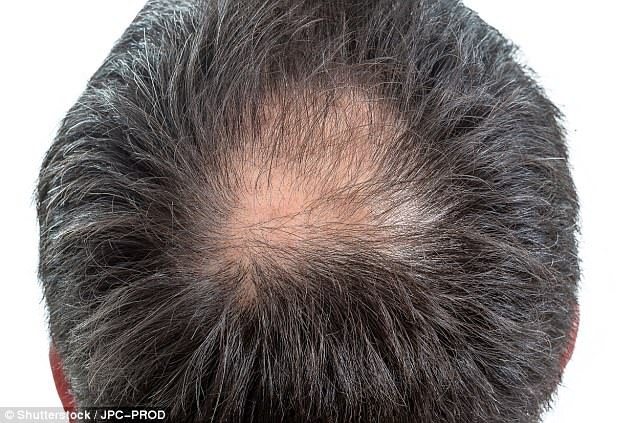 It causes hair to grow a third longer than it normally would, scientists found, achieving two millimetres of growth in just six days

Currently, there are just two drugs available to treat baldness, which both have moderate side effects and often produce disappointing hair regrowth results.

The only other option available, chosen by celebrities including Elton John and chef Gordon Ramsay, is a hair transplant.

The osteoporosis drug, discovered to work for baldness by the University of Manchester, targets a protein that acts as a brake on hair growth and plays a key role in hair loss. It could also be used to treat women with alopecia.

Lead scientist Dr Nathan Hawkshaw, from the University of Manchester, said: ‘The fact this new agent, which had never even been considered in a hair loss context, promotes human hair growth is exciting because of its translational potential.

‘It could one day make a real difference to people who suffer from hair loss.

‘Clearly though, a clinical trial is required next to tell us whether this drug or similar compounds are both effective and safe in hair loss patients.’

Male pattern baldness is the most common cause of hair loss, which experts say can be extremely distressing for men.

But the only existing drugs to treat it are minoxidil and finasteride, which have previously been said by experts to work better at stalling hair loss than causing new hair to grow.

The British researchers first discovered a potential treatment in cyclosporine A – a drug given to patients after organ transplants since the 1980s to suppress their immune system. But this drug also causes serious side effects including kidney damage.

Luckily, they found that WAY-316606 works in the same way without causing harm.

After just six days it caused human hair follicles to grow 2mm. Follicles which were not treated with the drug only achieved growth of 1.5mm over the same period.

The scientists are the first to discover the importance of a protein called SFRP1 in hair growth.

The osteoporosis drug blocks the protein, sending follicles rapidly into the active ‘anagen’ phase of hair growth. After two days, hair growth had already increased significantly in the treated follicles.

This is ‘clinically very relevant’ since most previous similar studies have relied on cells, Dr Hawkshaw said.

He added: ‘Interestingly, when the hair growth-promoting effects of cyclosporine A were previously studied in mice, a very different molecular mechanism of action was suggested.

‘Had we relied on these mouse research concepts, we would have been barking up the wrong tree.’

The research is published in the journal Public Library of Science Biology.

WHAT IS FINASTERIDE? TRUMP’S HAIR LOSS DRUG TIED TO ANGER, SELF HARM, ERECTILE DYSFUNCTION AND DEPRESSION

The prostate-reducing drug that Donald Trump uses to treat hair loss has been linked to an increased risk of depression, self-harm and erectile dysfunction.

Finasteride is a widely-used drug that reduces the size of prostate glands and stimulates hair growth – and is widely believed to be a significant factor affecting the president’s low PSA (prostate) levels and thick mane.

However, it has been tied to many severe and uncomfortable side effects.

A research paper published in March 2017 by Western University in Ontario offered the first concrete evidence showing the pills’ mental health risks, and appeared to confirm many medics’ fears that it increases a risk of suicidal tendencies.

The same week, a study by Northwestern University Feinberg School of Medicine found most study participants were left impotent for four years after taking Propecia (the brand name for finasteride). 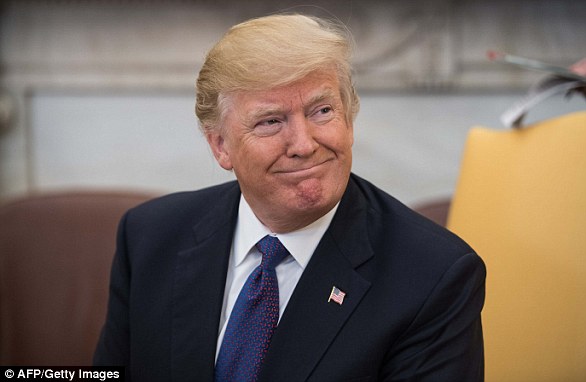 Finasteride belongs to a class of medications known as 5-alpha-reductase inhibitors (5ARIs).

5ARIs have come under increasing scrutiny in recent years by regulators in the United States and Canada because of a possible link to mental health issues, according to the researchers.

Finasteride was originally developed to treat urinary problems in men.

Studies showed the drug made prostate glands smaller by reducing the levels of the hormone dihydrotestosterone in participants.

But during the clinical trials, scientists saw an unexpected side effect – hair growth.

And so in 1997, the FDA approved the steroid inhibitor as the first ever drug to treat male pattern baldness.

Taken once a day, the drug is mainly sold under the brand name Propecia. Millions of American adults use the pills, which are proven to be 90 percent effective.

Bornstein told the New York Times that he, too, takes the drug, saying it helped him keep his shoulder-length locks and helped Trump keep his own hair.

The doctor said: ‘He has all his hair. I have all my hair.’

The news that Trump takes finasteride explained why his PSA (prostate specific antigen, produced for the cells by the prostate) is so low.

Men aged 60-69 normally have between 4.0 and 5.0ng/ml. That is higher than younger men since PSA and testosterone levels rise with age.

The number may be lower than usual if a man has prostate cancer or inflammation, causing more PSA to seep into the bloodstream.

Trump’s PSA level was 0.15, Bornstein said in two letters he’d written about Trump’s health. The first letter came out in December 2015, followed by the other letter in September 2016.

The level prompted urologists – who weren’t linked to Trump – to say he had to have received care for an enlarged prostate or prostate cancer.

Bornstein told the Times that the commander-in-chief hasn’t had an enlarged prostate nor prostate cancer, and attributed Trump’s PSA level to Propecia.

The researchers at Western University examined finasteride and dutasteride, another 5ARI.

‘There wasn’t a lot of good studies in this area, and it’s a very common medication for urologists to use,’ said lead author Dr Blayne Welk.

Welk’s team analyzed data from 93,197 men who were at least 66 years old when they received prescriptions for 5ARIs between 2003 and 2013, plus another 93,197 similar men who had never filled a prescription for a 5ARI.

Overall, 5ARIs were not linked with an increased risk of suicide, the researchers reported in JAMA Internal Medicine.

During the first 18 months, however, the men using 5ARIs had an 88 percent higher risk of harming themselves. That risk did not extend beyond 18 months.

The type of 5ARI did not appear to significantly alter the results.

Welk cautions that the actual risk of depression and self-harm is very low.

If the drugs were actually causing these side effects – which this study wasn’t design to prove – ‘you’d need 470 men to take this medication for a full year to have a new case of depression,’ Welk said.

That number would have to be even higher to cause a new case of self-harm, since self-harm is less common than depression.

‘It is a risk potentially and patients and physicians should be aware of it,’ Welk said.

A separate study in the journal PeerJ evaluated another concern about 5ARIs – erectile dysfunction.

Drs Tina Kiguradze and William Temps of Northwestern University Feinberg School of Medicine in Chicago and colleagues found that when erectile dysfunction occurred in men taking 5ARIs for at least 180 days, the dysfunction was more likely to last at least 90 days after stopping the medication.

Erectile dysfunction, when it occurred, resolved faster in men who took the medications for shorter periods.

The proportion of men taking 5ARIs and experiencing erectile dysfunction is likely around 5 percent, according to Dr. Landon Trost, who is head of andrology and male infertility at the Mayo Clinic in Rochester, Minnesota.

But it’s not clear how many men suffer persistent erectile dysfunction after stopping 5ARIs, said Trost, who was not involved with either of the new studies.

‘I think it’s important to be educated about the potential side effects,’ he said.

Men who are already at increased risk for these potential side effects must weigh the risks and benefits of the drugs, Trost said.

He said older men taking 5ARIs for prostate problems might come to different conclusions than young men taking the pills for hair loss.

Additionally, he said, men should tell their doctors if they experience these symptoms. 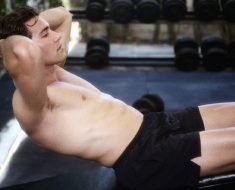 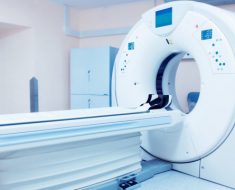 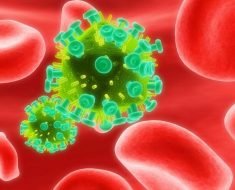