Home
Health News
My placenta is amazing, & so is yours — here's why

In early pregnancy, I found myself obsessively thinking about my placenta, the organ growing inside my body and nourishing my baby. Let me say that again: the entirely new organ that I was growing, alongside another human being, inside my uterus.

I wanted to know everything about it and how it functioned. My basic understanding was that the umbilical cord, and by extension the placenta, somehow helped feed the baby. I read my pregnancy books, scanning them for information, looking up “placenta” in the index. There was plenty of acknowledgment of its existence but not much insight into what exactly it does.

For many years the placenta was commonly referred to as “afterbirth,” which tells you exactly how we’ve regarded it: as an afterthought. Yes, the placenta is delivered after the baby is delivered, but it’s the organ that precedes the second set of organs growing in your body.

Because we don’t often pay it the attention it’s due, most of us don’t know that at any given moment, 20 percent of our blood is traveling through the placenta, keeping our future child or children nourished. We don’t hear about its remarkable immunity work, fighting off and eliminating pathogens while also allowing antibodies that exist in a mother’s body to pass through and on to the baby. It is a forcible barrier, but not unyielding. It allows protective proteins into the fetal environment, and also allows fetal cells to cross into the mother’s body, where they may take up residency for decades.

By the end of a pregnancy, a placenta may weigh up to two pounds. It is formidable. Unfurled and laid out flat, its tissue would cover up to 150 square feet — about the size of the average office worker’s cubicle. After delivering the organ, many women, if given the opportunity to look at it, are shocked by its considerable size.

Our understanding of this organ may hold the key to improving the health of many people, including those who undergo organ transplants. The placenta does not, technically, belong to the mother. Our bodies may create it, but it is part of the developing child, which means it is also made up of 50 percent genetic material from the father. The organ — and the fetus — are both foreign to the mother’s body, yet she tolerates them, even allowing the placenta to take hold of and scramble her body’s structures.

When an organ is transplanted into a human body, the natural inclination of the recipient’s body is to reject it. It is only through aggressive suppression of the immune system with drugs that the organ may be accepted. Scientists are investigating how the placenta convinces a mother’s immune system to accept itself and the fetus. If we can understand how it prevents her body from rejecting them, we may be able to better understand how to prevent organ rejection in transplant patients.

And yet people don’t ever hear much about placentas. Pregnant people hear virtually nothing about this hybrid interface tethered to two people, keeping them separate but connected. Non pregnant people, though everyone’s life once depended on it, hear even less.

When I was pregnant, I was curious enough about encapsulation to look into it. When I saw that birth workers charged an average of $250 for the service, though, I decided it wasn’t that important to me. But toward the end of my pregnancy my doula, Sage — the woman my husband and I hired to support us through labor and delivery — asked me if I was interested in having her do it. Because she was still learning, she was willing to do it for free. I accepted.

Because my daughter was delivered via Cesarean section, I never actually saw my placenta. But Sage did — and she be-came intimately acquainted with it. Before labor, I authorized the hospital to release my medical waste to her. After surgery, they double-bagged it in thick blue plastic bags and gave it to her. Around midnight on a Friday night, two hours after my daughter was born, Sage put my placenta in her purse and walked the mile back to her apartment, where she put it in her refrigerator before falling into a deep sleep. (I had been in labor for over 24-four hours, so she was pretty tired.)

A few days after my daughter was born, Sage came to our house with a brown glass bottle filled with pills made of our placenta. I took eight pills a day for the first couple of weeks, and then tapered off, eventually stopping before I finished its contents.

I was an exhausted physical wreck before I started taking the capsules, and I felt that way for a good month. Taking them didn’t make me feel much different, but I also had no idea how I was supposed to be feeling. I was without a map. I did not experience postpartum depression, though I did cry multiple times each day and sometimes couldn’t bring myself to get out of bed for hours at a time.

So did my placenta pills work? I don’t know. Currently there is no proof that taking placenta pills will accelerate postpartum recovery or offer new mothers any other benefits. In fact, according to a study published in 2015 by researchers at the Northwestern University School of Medicine who analyzed empirical human and animal studies of placentophagy, “there is no scientific evidence examining its effects in humans, and the data from animals are inconclusive.”

The most compelling evidence for placental encapsulation resides in the many stories of mothers who say that it helped them. As Sage told me, “I like proof. But I also like intuition, stories, and testimony.”

Here in the Pacific Northwest, people of the Coos, Makah, Tillamook, and other tribes have been telling stories of great earthquakes. The accounts have been passed down through at least seven generations. A few decades ago, after centuries of believing this region to be geologically stable, seismologists found scientific proof that it is anything but.

In her 2015 Pulitzer Prize–winning New Yorker story, “The Really Big One,” Kathryn Schulz detailed the inevitable, large earthquake that could decimate much of the coastal Northwest. Schulz, as well as other scholars, noted that the facts scientists had only recently “discovered” have long been understood by indigenous peoples. But their stories had been dismissed and ignored for centuries.

This is an excerpt from Angela Garbes’ book, Like a Mother: A Feminist Journey Through the Science and Culture of Pregnancy, on sale now. 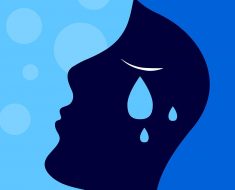 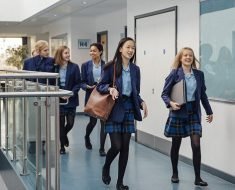 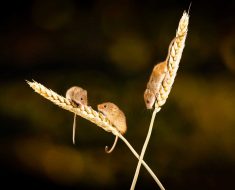 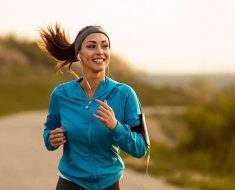 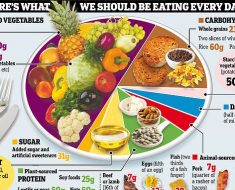