By now you are probably used to the probing questions your doctor asks during your annual checkup.

How have you been sleeping lately? Any increased stress at work? Problems at home? Have you engaged in any risky sexual activity?

Don’t be surprised if, in the future, the questioning turns to guns.

With gun violence on the rise over the past few years and mass shootings happening more frequently, physicians are making a renewed push to treat the issue as a public health crisis. And part of that begins in your doctor’s office.

Doctors, especially primary care physicians, are in a unique position to know some of the most private details of our lives, including many indicators that could suggest a higher risk of being a victim or perpetrator of gun violence.

The Violence Prevention Research Program at the University of California Davis has launched a new tool kit for doctors and nurses that teaches them how to gently introduce the topic of guns into the conversation, with a special emphasis on spotting red flags that could indicate risks for suicide, domestic violence, homicide or child access to guns.

While physicians liken the strategy to previous campaigns that involved asking patients about seat belt use or smoking, gun rights advocates see it as intrusive and a way for doctors to leverage their status in society to ultimately reduce ownership of firearms.

The “What You Can Do” initiative was conceptualized following the Las Vegas massacre in October, when a lone gunman fired indiscriminately into a crowd of concertgoers from a hotel high-rise, killing 59 and wounding 422. It is the worst mass shooting in U.S. history.

Those who have studied mass shooters say many of them—although not all—showed warning signs of such impending violence.

The program’s founders acknowledge, however, that violence is much more likely to occur closer to home.

Nearly 23,000 people in the U.S. were killed in firearm suicides in 2016, accounting for 59 percent of all gun deaths that year, according to the Centers for Disease Control and Prevention. A 2017 study published by the American Academy of Pediatrics found nearly 1,300 children die from gunshot wounds each year, and about 6 percent are accidental shootings.

Dr. Kelly Motadel, a pediatrician and chief medical officer at Vista Community Clinic in North County, said the question of gun access in the home is already a common one in pediatricians’ offices, but that the inquiry should become standard across all age groups.

“People don’t think of their doctor as political. It allows us to be more of a neutral party and come at it from an ‘I care about your health’ issue rather than a gun control issue,” Motadel said. She pointed to research that showed just a doctor mentioning a risk factor makes a patient more likely to reduce that risk factor.

“Even though there’s a lot of doctor-bashing out there, most people still respect their doctor,” she added.

The organizers stress the project is not about restricting people’s rights to firearms, or politicizing the issue.

“Having a gun in the home increases the risk of violence and death for everyone in the home,” said Rocco Pallin, a research data analyst at UC Davis and the project’s director. “It’s about the gun owner being responsible and understanding the risk of having that gun.”

A Florida law in 2011 aimed to restrict doctors from asking about guns, but the “Docs vs. Glocks” law was overturned by a federal appeals court last year. As long as the doctor feels the question is relevant to the patient, then it is legal, the UC Davis program advises.

Doctors are advised in the guidelines to approach the gun conversation with patients respectfully and to realize that many gun owners already take safety very seriously. It also urges doctors to “keep in mind that firearm ownership can be reflective of longstanding beliefs and values.”

Much of the advice to doctors revolves around being able to identify patients who might be at higher risk than others.

That can include someone with a history of violent behavior, domestic violence, drug and alcohol abuse, or mental illness. Special attention should also be paid to demographic groups that include children for accidental shootings, middle-aged and older men for suicide and adolescent and young men for homicide.

Recommendations to the patient might include safe gun storage tips, firearms safety classes or how to properly dispose of an unwanted gun.

Doctors can jot down the patient’s answers in the file, but are otherwise prohibited from sharing personal health information due to federal law. However, if the doctor uncovers information that suggests the patient or someone else is in imminent danger, then the doctor can take preventative measures that include contacting family, law enforcement or mental health providers.

Doctors can also suggest in times of crisis that guns be stored temporarily outside the home, such as with a police department or at a local gun range. In California, law enforcement or family members—not doctors—can file a Gun Violence Restraining Order that prohibits certain people from owning guns, such as patients experiencing homicidal or suicidal intent.

The Annals of Internal Medicine is supporting the project and is urging colleagues to take the pledge to at least commit to talking about firearm safety with their at-risk patients. More than 1,000 physicians have signed up so far.

Some question, however, if it is realistic—or fair—to continue to expect more from doctors with increased patient loads and work requirements.

“I’ve administered health care facilities side by side with physicians for 35 years, and the amount of required information that we have put on them in the last decade is not sustainable long term,” said Fran Butler-Cohen, CEO of Family Heath Centers of San Diego. “Until we address these societal issues more effectively through legislation and policy, it is absolutely unfair and unconscionable to continue to demand more and more of our medical professionals.

Gun rights advocates argue blanket questions about gun ownership cross an ethical line and exploit a position of power the doctor has over a patient.

Dr. Arthur Przebinda of Doctors for Responsible Gun Ownership, a gun rights advocacy group, said that while safe gun storage is important, the message should not be coming from physicians. “Most doctors don’t know jack diddly about guns,” he said.

He said the major medical associations have shown a history of bias against gun ownership over the years, and the gun-screening questions appear to be a thinly veiled attempt to reduce gun ownership, period. Przebinda, the group’s project director who works as a diagnostic-imaging specialist in the Los Angeles area, said he gets email on a nearly daily basis from patients around the country who complain about being badgered by their doctors about gun ownership.

“It’s none of your damn business,” he said. “If I come in to you with stomach pain, it has nothing to do with how many guns I have or where I keep them.” The group says gun owners can politely refuse to discuss the issue with their doctors and also suggests other actions to take, including filing a complaint with the health care system or medical licensing board.

However, asking someone about access to guns might be appropriate in very specific circumstances, such as a patient exhibiting suicidal tendencies, he said.

The UC Davis project comes as the medical community is putting increasing pressure on legislators for funding for gun violence research.

“There is a science to all of this,” said Dr. Garen Wintemute, director of UC Davis’ Violence Prevention Research Program and a longtime researcher of firearm violence from a public health perspective. “It’s something that can be investigated, understood and dealt with just the way other health problems are.”

But even the developers of the “What You Can Do” initiative admit there is a lack of data when it comes to intervention strategies. The program was rolled out anyway.

“We don’t have the data we need to say this is the best way to intervene in a clinical setting,” Pallin said. “We can’t really wait for that.”

The CDC began to fund gun violence research in the late 1980s and early ’90s when crime was at an all-time high in the U.S. But in 1996 in what is commonly referred to as the Dickey amendment—named after Rep. Jay Dickey, R-Ark. – Congress prohibited the use of federal funding to advocate or promote gun control. The rider came after lobbying by the National Rifle Association, which argued certain CDC-funded research was biased on the topic.

“There has never been a ban on research, but the CDC took the message and has not funded research since,” Wintemute said.

The latest federal budget addresses the misconception of a ban on research, clarifying the CDC is allowed to study the topic. But Wintemute said many in the research community have written it off as “empty talk” since the budget did not allocate any funding toward research.

In the absence of federal research, nonprofits, government agencies, healthcare networks and schools have taken up the cause from a health perspective.

The latest is Kaiser Permanente, an integrated health system that serves 12 million patients, from Hawaii to Maryland. Recently it announced a $2 million initiative to study how health care practitioners can help prevent gun injuries.

“This is not about gun ownership, this is about science and this is about research to help us find solutions to prevent firearm injuries,” said Dr. Bechara Choucair, chief community health officer for Kaiser Permanente who is co-chairing the effort’s task force.

“We are planning to leave the policy debate to policymakers and focus on identifying evidence-based tools and evidence-based resources to prevent injures and improve our care delivery.”

Tags: about, asks, be, doctor, Don't, guns, if, surprised, you, your
You may also like 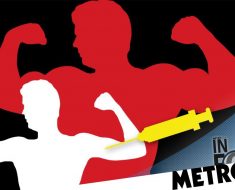 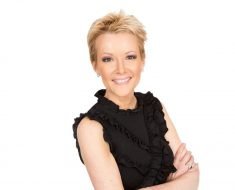 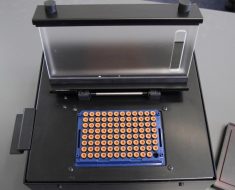 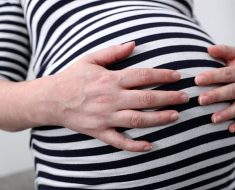 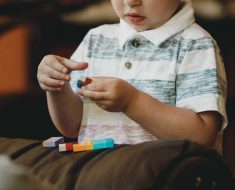 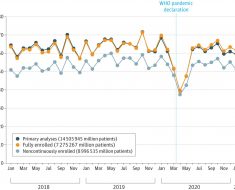