Every year, thousands of food brands head to New York to show off their wares and entice buyers from grocery stores to stock their products. It's a trade show titled the Fancy Foods Show, and it's one of the best places to catch trends before they hit shelves. Trendy turmeric? We called it. Gochujang is the new Sriracha, and souping is the new juicing? Yeah, we knew that in 2017. 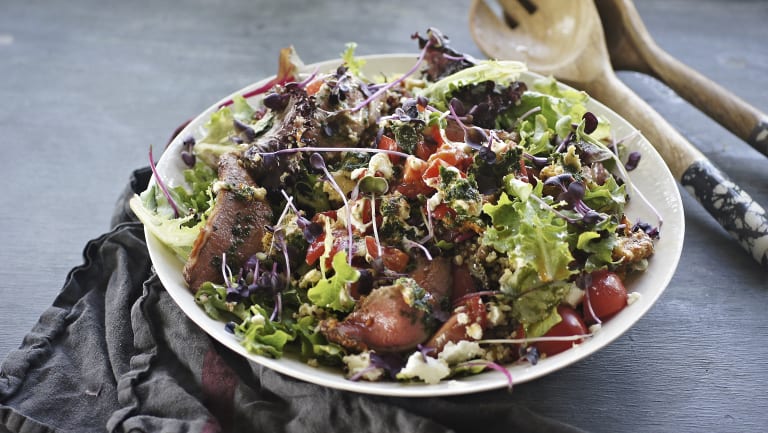 Here are the flavours and products that are going to be big over the next year:

Ayurveda is the Indian practice of holistic medicine in which certain foods and herbs are eaten together to balance a person's health and to benefit digestion, immunity and more. While many Indian foods are Ayurvedic, specialty brands are now expressly branding their products with the term.

A company named Dancing Elephant is producing packaged cups of kitchari, an Indian stew that boasts healing spices, in three flavours. Atina Foods makes traditional Indian herbal jams, pickles and pastes, from "home recipes evolved from Indian Ayurvedic healing traditions." Davidson's Organics has introduced a line of Ayurvedic teas, each with a specific function: weight loss, sleep, digestion, decongestion and general detoxification. Vegan Rob's makes an "Ashwagandhabar," an energy bar that the company says reduces stress, anxiety and depression. Ashwagandha, "one of the most powerful herbs in Ayurvedic healing," according to the Chopra Center, also appears in a Remedy Organics protein shake. And Bohana, a snack food company, makes bags of air-popped water lily seeds, "one of the most popular seeds in Ayurveda." They're similar to popcorn or puffed rice.

"Canned fish salad" is not a very sexy phrase, but hear me out. This is not your water-packed StarKist: It's a high-quality fish with vegetables, herbs and spices, and if you pair a tin of it with a crusty roll, you'll have a perfectly good meal. Sardines have been getting trendier, and the brand Season is on the bandwagon, offering a sardine salad kit in three flavors. The kits come with a spoon and crackers.

Freshé has four flavors of tinned tuna salad, all packed full of veggies in an attractively designed can. Its fish salads are made in Portugal, which is where some of the best tinned seafood in the world originates.

Maybe you haven't yet realized that drinking vinegar is A Thing or even why drinking vinegar is A Thing. It's okay, I'm here for you. Drinking a small daily quantity of straight-up apple cider vinegar became trendy in the past three years because foodie health blogs such as Goop promoted it as a detoxifying weight-loss cure-all. The science on that is pretty murky, but plenty of brands have jumped into the market. Plain apple cider vinegar is, for most people, unpleasant to drink – throat burn! – so many versions of the drink sweeten it with maple syrup or juice to make it more palatable – such as BluePrint Organic, which makes a blueberry hibiscus version of the drink, or Crafted, which has turned it into a sparkling fruit soda.

But this year, several companies are taking a cue from a traditional folk recipe and leaning into the burn: Fire Brew, based in Portland, Ore., has a line of "health tonics." Fire Cider has an extra-spicy take on the drink. Red Root & Co. calls its version Fire Tonic. A little goes a long way.

Ghee, or clarified butter, is another staple of Indian cooking, but it's been having a moment of late – thanks, in part, to its purported health benefits, and also because the fat is promoted for adherents of the paleo and ketogenic diets. Plain ghee is versatile, but at this year's show, special flavoured ghees were popping up. Farmtrue's comes in the flavors garlic scape and vanilla maple chai, and the company also makes ghee-nut butters. 4th & Heart makes its ghee in several flavors, and has a line of chocolate ghee spreads. Pure Indian Foods has both turmeric and garlic ghee, as well as a ghee that contains medium chain triglyceride oil that is intended to be stirred into coffee (it's a paleo thing).

It's not just in salads. It's in your breakfast, your chocolate, your mac and cheese. You cannot escape quinoa. Do not resist. Have it for breakfast with Melanie's Medleys, a line of ready-to-eat morning grain bowls, or try Prime Planet's instant quinoa cereal. The brand Tiny Hero, too, has three flavors of quinoa and oat breakfast bowls and is also putting quinoa in mac and cheese, er, excuse me, "maq and cheese." Chuao Chocolatier is introducing Moon Bark, a line of outdoorsy, trail mix-inspired bars. Quinoa pairs with agave and sesame in one of Jcoco's bars of "culinary inspired chocolates." Unreal is selling crispy quinoa-filled versions of M&Ms and Reese's peanut butter cups. The most blatant expression of this trend might be Undercover Quinoa, chocolate-covered quinoa snacks.

Mankind's quest to discover new superfoods continues apace. Next up: moringa, an ancient plant that has long been used in Asia and Africa for its reputed health benefits. According to Healthline, it is rich in nutrients and antioxidants, and it may reduce inflammation. So it's no surprise that it's popping up in products. Kuli Kuli sells powdered moringa smoothie mix, energy shots and moringa superfood bars, with a half-cup of greens in each bar. Stash is selling a new organic roasted moringa mint tea. And Brad's Organic has it in its unadulterated flavor, as well as with lemon and ginger. If you would rather crunch your moringa like cheese puffs, Vegan Rob's makes snackable puffed moringa bites.

Have you ever wanted to make something with cauliflower and thought, "Ugh, this vegetable is just far too much work?" Good news: Cooking with this trendy brassica has never been easier, thanks to new convenience products that go beyond your basic cauliflower rice.

Caulipower has a cauliflower-based baking mix, in regular and paleo-friendly. Glean also makes cauliflower flour. Kitchen & Love sells cauliflower cups intended to be a quick convenience meal in three globally inspired flavors. If you need more than an individual serving, Path of Life has cauliflower fried rice in the frozen aisle. From the Ground Up has cauliflower-based replacements for all of your favorite junk food, such as pretzel sticks and Cheez-Its. 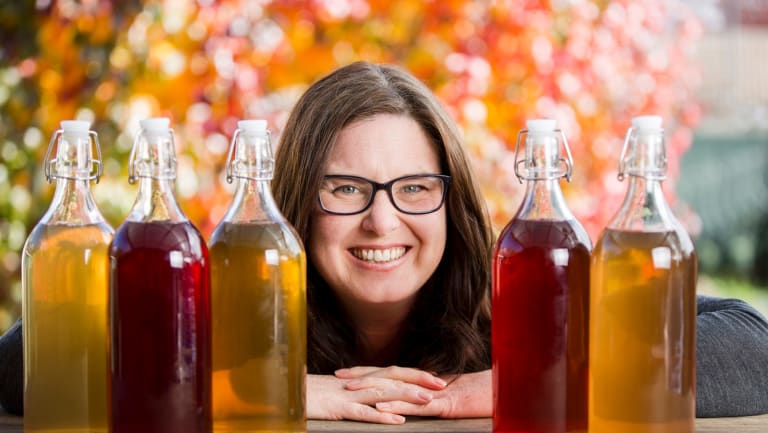 Kombucha is great, but wouldn't it be even better if it could get you tipsy? Now, it can. The fermented tea drink has a tiny amount of alcohol in it, but some companies are upping the alcohol by volume (ABV). Wild Tonic's Jun Kombucha is fermented until it reaches 5.6 percent ABV, making it slightly boozier than many beers. Another new beverage isn't technically kombucha, but it's going after the same health-conscious drinker. Willie's Superbrew makes a fermented fruit drink with 4.5 ABV. It's the kind of light, fruity drink that would be good next to a pool on a hot summer's day.

Sometimes flavours go in or out of fashion for reasons that are hard to explain. Why was watermelon so big last year? Why is cucumber suddenly everywhere this year? I haven't the faintest idea. It feels very '90s, like Bath and Body Works cucumber melon lotion, and the '90s are back in style. That is my very best guess.

You're still drinking coconut water? What is this, 2015? Birch water is so last year. Don't even talk to me about aloe water. We obviously need new waters, so let's dive right in: There's Bee's Water, a honey-sweetened water that is "full of natural energy." Then there's Sap on Tap, a maple water whose motto goes for the jugular: "Out with coconut water. In with maple tree water." One of its waters comes with yerba mate, for a natural caffeine boost. The aforementioned GoLive is a "live probiotic water," and it's interactive: Press a compartment on the cap and release the live probiotics into the water, shake it and enjoy your ensuing gut health.

You fools have been drinking conventional, nonorganic water your whole lives; do you even know what you've been missing? A company named Asarasi makes sparkling water that is harvested as a byproduct from maple sap, and because it is filtered through the tree, it has achieved USDA organic certification, something that regular water does not have (water is an inorganic compound). It tastes like sparkling water.

An Israeli company called O. Vine is making wine grape water, which really makes me think of Jesus. It's a sparkling water that gets its slight wine flavour from grape skins. I regret to inform you that it has no alcohol in it. I will continue drinking my own version of grape water: It's called wine. 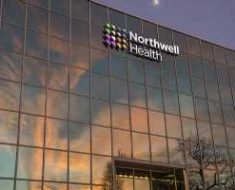 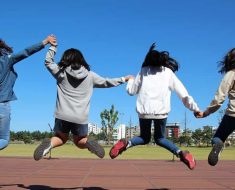 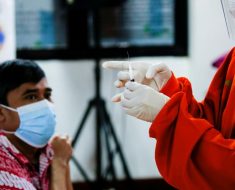 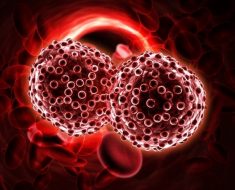 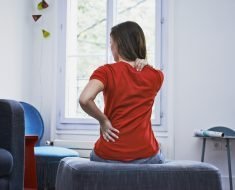 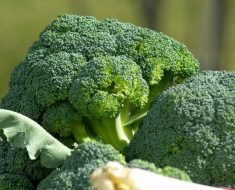