Researchers have found that a gene known as AEBP1 may play a central role in the development, severity and potential treatment of liver disease, according to a study by Temple University, the Geisinger Obesity Institute and the Translational Genomics Research Institute (TGen), an affiliate of City of Hope.

The findings are detailed in a study published in the scientific journal PLoS One.

The study results suggest that increased expression of AEBP1 correlates with the severity of liver fibrosis in patients with NASH (nonalcoholic steatohepatitis), which is a type of NAFLD (nonalcoholic fatty liver disease), the most common cause of liver damage. NASH indicates there is both inflammation and liver cell damage, along with fat in the liver.

“Given the strong link between fibrosis and risk of liver-related mortality, efforts to identify and characterize the specific mechanisms contributing to NAFLD progression are critical for the development of effective therapeutic and preventative strategies,” said Dr. Johanna DiStefano, head of the Diabetes and Fibrotic Disease Unit at TGen.

One of the study’s major findings is that AEBP1 regulates the expression of a network of at least nine genes related to fibrosis: AKR1B10, CCDC80, DPT, EFEMP1, ITGBL1, LAMC3, MOXD1, SPP1, and STMN2.

“These findings indicate that AEBP1 may be a central regulator of a complex fibrosis gene expression network in the human liver,” said Dr. DiStefano, the study’s senior author.

The study suggests that:

“Our work shows that AEBP1 parallels the onset and severity of fibrosis in NASH patients, and suggest that AEBP1 may represent a specific therapeutic target to prevent the development of NASH fibrosis,” said Dr. Glenn S. Gerhard, Chair of the Department of Medical Genetics and Molecular Biochemistry at the Lewis Katz School of Medicine at Temple University. Dr. Gerhard is the study’s lead author.

The National Institutes of Health (NIH) funded this study, AEBP1 expression increases with severity of fibrosis in NASH and is regulated by glucose, palmitate, and miR-372-3p. 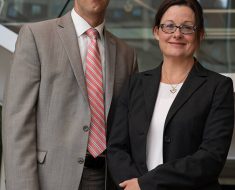 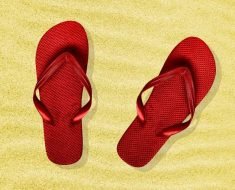 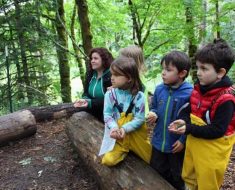 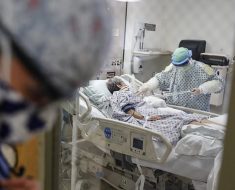