Research at the Clemson University Center for Human Genetics is revealing new insights into how genes impact drug use and addiction through a novel study of susceptibility to the effects of cocaine and methamphetamine in fruit flies.

The research has been published by PLOS Genetics, titled “Genetics of Cocaine and Methamphetamine Consumption and Preference in Drosophila melanogaster.” The manuscript’s senior authors are geneticists Trudy Mackay and Robert Anholt of the Center for Human Genetics. The co-authors are Chad Highfill, Brandon Baker and Stephenie Stevens.

Why fruit flies? As it turns out, 75 percent of disease-causing genes in humans have a fly counterpart and researchers can precisely control both the genetic background and environment of the flies, including exposure to drugs. In human populations, susceptibility to the effects of cocaine and methamphetamine varies due to both environmental and genetic factors, making it challenging to render studies on susceptibility to the effects of these drugs.

Mackay, who is recognized as one of the world’s leading authorities on the genetics of complex traits, is director of the Center for Human Genetics, which is part of the College of Science. She is also the Self Family Endowed Chair in Human Genetics and a professor in the department of genetics and biochemistry.

Mackay has a longstanding interest in behavioral genetics and developing the fruit fly as a model for understanding the genetic basis of complex behaviors. Her laboratory developed the Drosophila melanogaster Genetic Reference Panel (DGRP), which consists of several hundred inbred lines of Drosophila melanogaster. The DGRP allows researchers to use naturally occurring variation to look at genetic variants that contribute susceptibility to various behavior traits and is central to the team’s research.

“The key thing is that they are inbred, so each line is homozygous, which means we can test essentially the same genotype over and over and over — almost like clones of the same individual, but the lines themselves are genetically diverse,” Mackay said.

“The lines together reflect the variation that is found in nature,” added Anholt, who is Provost Distinguished Professor of Genetics and Biochemistry and director of faculty excellence initiatives in the College of Science.

“The trait of interest here is the propensity to consume cocaine and methamphetamine,” Anholt said. “The reason this part about the individuals being genetically identical is so important is that we wanted to see if we could characterize variation in the fly population for initial propensity to consume drugs and changes in this propensity over several consecutive exposures.”

“Then you can develop a preference assay — how much, if you look at the difference between the drug and sucrose, does that vary among the lines?” Mackay said. “That was a question: do we even have genetic variation for preference? And the second question was ‘Does that change over time?’ The answer to both questions was yes. There is genetic variation for preference and it does change over time.”

“The propensity to consume these drugs or to develop preference for either of these drugs is very much dependent on the genetic composition of each of these individuals,” Anholt said. “We looked at 46 different genetic backgrounds. If we looked at maybe only one or two of them, we might not have seen any development of preference because it only occurs in certain genetic contexts that are predisposed to developing addiction. This, of course, is also highly relevant to humans because in human populations, the propensity to develop addiction upon intake of cocaine is also variant.”

The study is an important start in understanding the role of genetics in susceptibility to drug use and addiction. Results show that there is extensive genetic variation in consumption and preference, as well as change in consumption and preference, with repeated exposures for both cocaine and methamphetamine across different genetic backgrounds and that genetic variation for these traits has significant sex- and drug-specific components. Males and females proved to be quite different genetically in their propensity to consume the drugs.

“This is a proof of concept,” Mackay said. “It’s a relatively small study, but it shows a way forward. And the way forward is through the understanding of genetic and molecular networks that could lead to identification of novel therapeutic targets for which there may already be FDA-approved agonists or antagonists.”

“In this fly model, we have statistical power to do analyses that are difficult to do in human populations,” Anholt said. “For example, the concept of gene-gene interactions is extremely difficult to study in human populations because of very low statistical power. Whereas in flies, because we have so much control over genetic background, we can use genetically identical individuals and a strict control of environmental growth conditions, and we can look at gene-gene interactions as well as effects of different environments on genetic susceptibility to particular traits.”

Anholt said the research can be followed up with gene engineering approaches that can look at how flies respond to genetic and environmental perturbations in a way that is impossible to do in humans. This could lead to the identification of candidate genes that could be examined in human studies.

“The approach that we use is a comparative genomic approach with translational potential to human populations,” he said.

Further characterization of several of the genes identified in the study appears to implicate neurons that use the neurotransmitter dopamine and structures in the fly brain known as mushroom bodies. The mushroom bodies are integrative brain centers that are associated with experience-dependent behavioral modifications. In future studies, the team will examine to what extent variation in mushroom body morphology correlates with drug consumption and preference behaviors.

“There are some strong correlations that we observed and so we would like to expand that, suggesting that just innate developmental processes would affect a fly’s behavior later in life,” Mackay said. 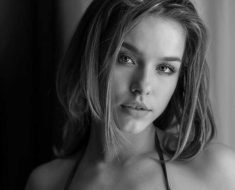 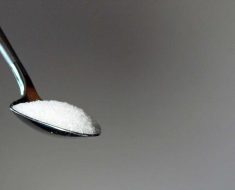