Symptoms and diagnosis of pneumonia

Having had such a varied career, viewers can enjoy MacRae in his prime as Curly in Oklahoma! which is being shown on BBC Two today (Saturday, May 7). It was in the 1970s that MacRae’s career was put on hold due to his drinking problem, which became so severe that in 1982 he referred to himself as “one hell of a drunk”. Shortly after an incident on stage where he couldn’t remember his lyrics, he entered an alcoholism treatment centre in America and was able to successfully tackle his problem with booze. However, his health problems didn’t stop there. Shortly before one of his last appearances in Las Vegas he suffered from a stroke and four years later was diagnosed with mouth and jaw cancer.

After being admitted to hospital for cancer, the star was vulnerable to infection, which could have been a reason as to why he developed pneumonia before his death.

Pneumonia is an infection of the lungs that is mainly caused by bacteria, viruses or fungi. After becoming infected, the air sacs in an individual’s lungs become inflamed and fill up with fluid or pus. This puts severe strain on an individual’s ability to breathe.

The infection can pose a more serious threat depending on the state of the individual it affects. For example someone 65 or older, young children or those suffering from other health conditions at the time. For this reason, pneumonia is the leading cause of hospitalisation of both children and adults.

The NHS explains that hospital-acquired pneumonia develops while individuals are being treated for another condition or having an operation. The most vulnerable are those in intensive care on breathing machines.

Due to the nature of the disease, pneumonia can cause several nasty symptoms including turning lips, fingernails and the tongue a bluish colour.

Other possible symptoms of pneumonia include:

Symptoms such as the ones listed above can often be mistaken for other health conditions, especially during the modern times of COVID-19, so it is critical that individuals seek medical help to determine a cause and get an accurate diagnosis.

GPs and other medical professionals will be able to use X-rays, blood tests and possibly a CT scan to find the root cause of symptoms and decide whether someone has pneumonia or not.

Once diagnosed, pneumonia is typically treated through a course of antibiotics. Along with this, individuals are advised to get plenty of bed rest and drink plenty of fluids.

For those most vulnerable to the condition, some complications can develop. One of the main possible complications includes pleurisy, which is where the thin lining between the lungs and rib cage becomes inflamed, putting an individual at risk of respiratory failure.

Other possible complications include:

Although there has been no official confirmation, MacRae’s past with alcohol abuse may have contributed to the development of his mouth and jaw cancer, which in turn led to his pneumonia and sad demise.

In fact, The Mayo Clinic explains that certain lifestyle habits such as heavy alcohol use, using tobacco of any kind, excessive exposure to UV light on the lips and a sexually transmitted virus called human papillomavirus (HPV) all put an individual at a higher risk of developing mouth cancer.

The term mouth cancer can refer to cancer that develops in the lips, gums, tongue, inner lining of the cheeks, roof of the mouth, jaw and under the tongue and is the sixth most common cancer in the world.

Mouth cancer is categorised by the type of cell the cancer starts to grow in. Squamous cell carcinoma is the most common type, accounting for nine out of 10 cases. However, there are less common types of the condition including:

Jaw cancer can be referred to on its own, but is extremely similar to mouth cancer. Depending on how developed the condition is, some individuals may not experience any symptoms, whereas others may find it increasingly difficult to swallow, open their mouth or manage to breath.

The following can also be symptoms of both mouth and jaw cancer, and if noticed should be treated urgently:

Similarly to symptoms, individuals will all be advised different treatments depending on the type of cancer they have and how far it has developed. The three main treatment options for mouth cancer typically involve surgery, radiotherapy and chemotherapy.

If surgery is carried out, the cancerous cells along with a tiny bit of the surrounding normal tissue or cells will be taken. This is to ensure that the cancer is completely gone. Radiotherapy and chemotherapy are then used to kill any remaining cancer cells that cannot be removed via surgery. 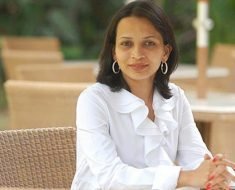 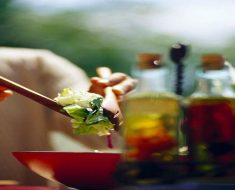 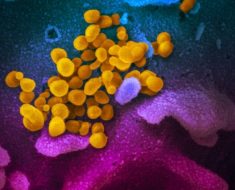